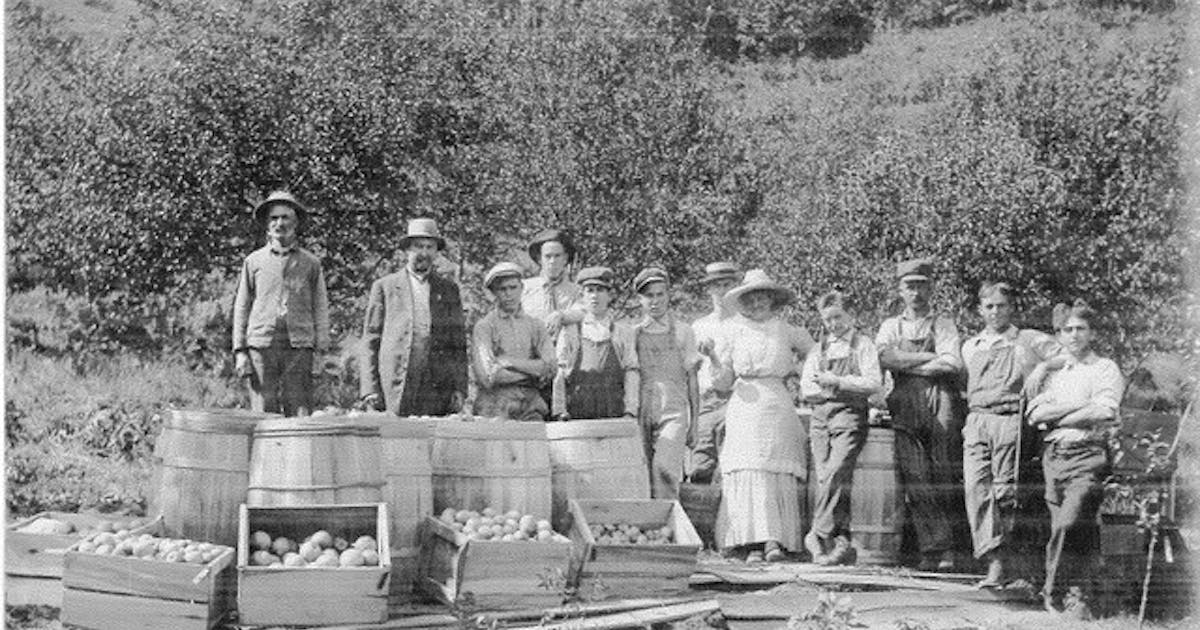 In 1896, the Great Minnesota Get-Together had only one ladies’ washroom—”rough and shabby”, according to one writer—reflecting what was then a male-dominated state fair.

“Although much was done for the education, profit and amusement of men, there was little to entice women and children out of the gallery,” according to this 1910 history book. “There were very few exhibits that they were interested in except generally speaking…no place where anyone could sit and rest after walking around for hours, and at the same time witness or listen to something that happened. would prove interesting and entertaining.”

“Throughout her life, Anna Bingham Underwood championed the well-being of women, children, families and rural communities” and left “an indelible mark” on the State Fair, according to Katie Himanga.

Himanga, 63, is an arborist and former mayor of Lake City whose research for the local historical society includes an Underwood biography on YouTube.

Himanga noted that Underwood Street, the fairgrounds’ main north-south thoroughfare, is named after Anna’s husband of 51 years, Joseph Merritt Underwood. He served on the board of the Minnesota State Agricultural Society, operator of the State Fair, for 14 years.

“But his contribution to the State Fair was equal to his,” Himanga said.

Himanga pointed to an 1899 Minneapolis Tribune article titled “The Role of Women in the Fair” in which Anna discussed her plan to open a central headquarters at the fair where women could network.

“It will be a wonderful opportunity to get to know each other,” Anna said, a way “to give and receive the best thoughts and ideas gained through experience.”

An August 1909 Tribune article about the Minnesota Federation of Women’s Clubs (MFWC), an influential civic group in which Anna was active, featured her picture and said the “tireless energies” of the federation had helped boost participation women at the fair.

“In the early years, the state fair was not considered a place for women to congregate,” the article read, crediting Anna’s leadership with establishing a medical clinic in emergency run by women, a crèche “and the interesting and useful series of lectures, music and demonstrations.”

The following month, the Tribune reported that Anna had “helped” add State Fair programs for women farmers, including sewing and cooking classes and school exhibits.

“During the fair week, Anna acted as the presiding hostess,” Himanga wrote last year in a biographical essay for the Minnesota Historical Society. She explains how Anna has worked through the MFWC to play a key role in organizing musical performances, educational programs and exhibitions of women’s work.

Born on December 9, 1846 in Hampton, New York, Anna Sargeant was descended from Revolutionary War figures. Her father, attorney Martin Wheeler Sargeant, brought the family to Winona in the mid-1850s, was a Union paymaster during the Civil War, and served as Minnesota legislator and Winona’s first mayor. He died suddenly at age 43 in 1866.

Anna was educated at Winona Normal School (now Winona State University) and the 1870 Federal Census lists her as a schoolteacher. After marrying Merritt in 1871, the couple moved upriver to Lake City.

“Anna loved plants, was a botany student, and gained an enviable reputation in Lake City as a gardener and florist,” Himanga wrote, describing how she transformed a family orchard into a trading business that shipped fruit by road. do to customers.

Anna was active in the women’s suffrage movement. When Minnesota allowed women to vote in school board elections, she voted in 1874, nearly 50 years before the 19th Amendment was ratified.

She was active in the Minnesota State Horticultural Society and Lake City’s Improvement Club, which helped develop city parks (Underwood Park is named after the couple), public spaces, and Lake City’s Lakewood Cemetery.

Her family life was punctuated by mourning. The couple lost their 2-year-old son, Jewell, to unripe fruit in 1877, just minutes after Anna gave birth to her brother, Roy. A third son, Max, died before his first birthday in 1880.

Anna, who died in 1929 at age 82, has no living descendants. Himanga said her home in Lake City had been demolished, her orchards abandoned and her tombstone missing from the family plot at Lakewood Cemetery.

“As the memory of Anna’s influence has faded in Lake City,” Himanga wrote, “evidence of her work survives.” Don’t forget to think of Anna when you enjoy the fair this week.

Curt Brown’s Tales of Minnesota History appear every Sunday. Readers can send him ideas and suggestions at [email protected] His latest book looks at Minnesota in 1918, when flu, war, and fires converged: strib.mn/MN1918.