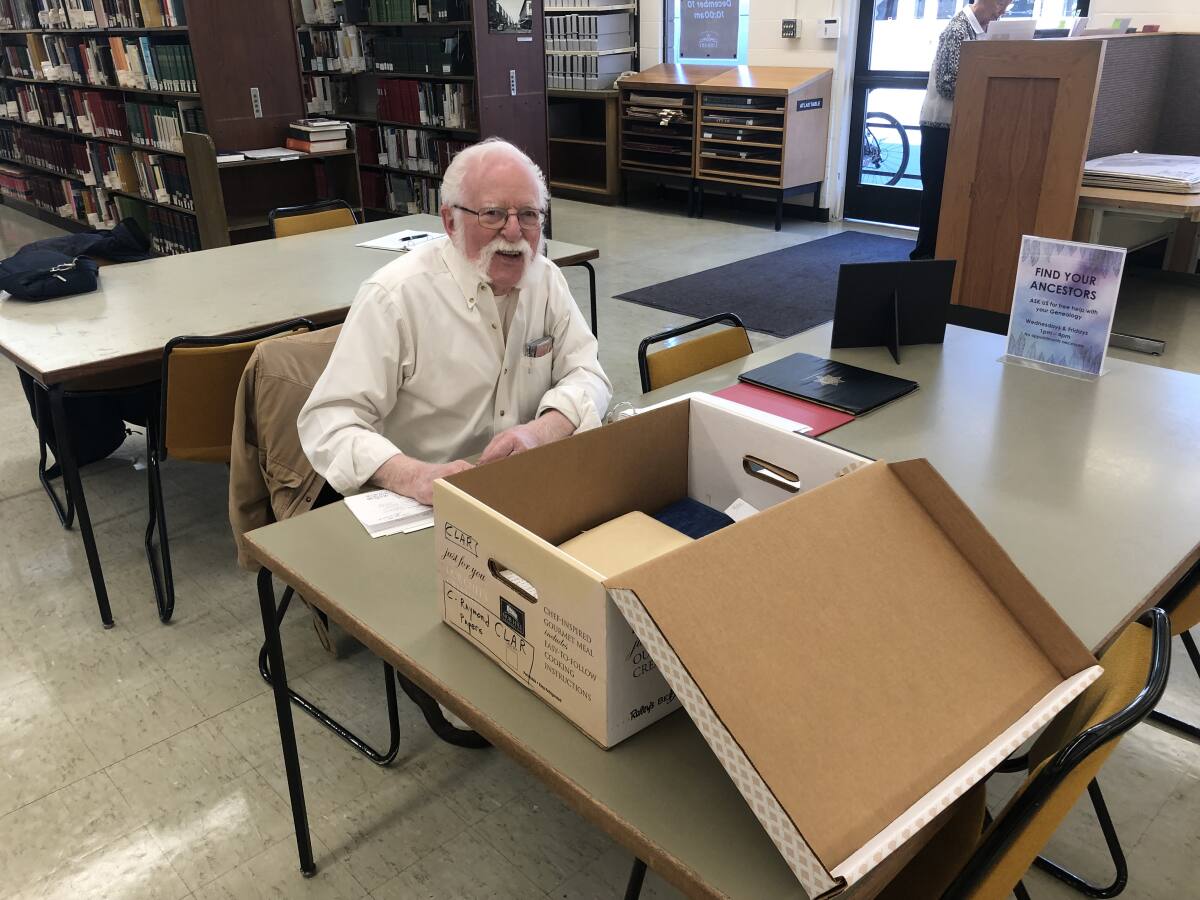 As a child, John Schubert discovered that he loved the Guerneville region more than any other. He grew up to be a fountain of Lower Russian River history and went to work every day with a local artifact pinned to his shirt.

Schubert, laid-back, studious and perpetually intrigued, served for nearly 40 years as the Sonoma County Sheriff’s Deputy, assigned primarily to courtroom security. He was proud of the vintage and rare badge that proclaimed him: Bailiff.

“Schubert was the only person I ever saw with one,” Sheriff Mark Essick said.

Schubert, who in addition to his law enforcement career served in the Marine Corps Reserve, died June 6. He was 83 years old.

“He ended up being the specialist in the history of the Russian River region,” said his friend and colleague Gaye LeBaron, a Sonoma County history writer and retired Democratic newspaper columnist.

LeBaron added: “John was also extremely personable and just plain fun. What a gift he has been for the region.

A resident of Guerneville for 67 years, Schubert is the author of five local history books. For decades he has also shared stories about the history of the Russian River in columns published in The Paper and the Sebastopol Times & News.

The Sonoma State University alum was dealing with the progression of cancer when, last year, he donated his massive collection of Russian River memorabilia and artifacts to the SSU Library. lower.

“He started collecting before he even knew why,” LeBaron said.

Sources for collectibles included the annual Bohemian Club encampment in Monte Rio, the big band concert halls of Rio Nido, the railroads that carried lumber and tourists, the Slug Fest, the Quicksilver mine, parades Stumptown Daze, the Russian River Rodeo, the Monte Rio Water Carnival, the Fort Ross Russian Chapel, and the various floods of the Russian River.

Schubert’s collection arrived at the college library in 88 boxes which, when lined up, ran 53 feet. Lynn Prime, SSU’s Special Collections Librarian, said the collection is a treasure trove that will appeal to students and others interested in a myriad of aspects of life in the area.

Schubert, Prime said, “never did anything in half measures.”

“He was a Renaissance guy,” she said. “And it shows in his collection.”

The library’s John Schubert Russian River collections are open to the public by appointment.

Katherine Rinehart, a historian and retired staff member of the Sonoma County History and Genealogy Library, considers herself lucky to have witnessed Schubert as he conducted extensive research and helped him to organize and process the collection for donation to SSU.

“There’s no better way to get to know a person,” she said, “than to go through everything he’s collected since 1959.”

Energetic and eager for opportunities to bring history to life, Schubert built a replica of the Northwestern Pacific Railroad, complete with station and signals, in the backyard of his and longtime partner Sarah Brooks’ home in Guerneville. of work.

“His fascination with history was something else,” said Doug Broberg of Guerneville, a friend and history buff and retired deputy sheriff.

One of Broberg’s favorite pieces of John Schubert’s anecdotes: “He had a coffin which he kept in his house.”

Schubert used the coffin decades ago as a prop for an elaborate Halloween party and then simply held it upright against his living room wall.

Beyond his lifetime of studying, collecting, and sharing the history of the Russian River, Schubert worked to salvage what he could from it. He played an important role in conservation efforts that have preserved the historic downtown Guerneville Bridge – built in 1922 – and the 1885 Marshall House that now adorns the Russian River Senior Center.

Schubert often donned a top hat and tailcoats, then entertained and enlightened visitors to the pioneer section of Guerneville’s Redwood Memorial Gardens Cemetery. He was for decades a mainstay of the Russian River Historical Society, which he co-founded, and other organizations that celebrate, share and preserve history.

For all he has done for his community, Schubert received a Spirit of Sonoma Award last May. And in March, the Sonoma County Historical Society presented her with its Jeanne Thurlow Miller Award in recognition of her historic working life.

John C. Schubert was born on August 9, 1938 in San Francisco. From an early age, he spent summers on the Russian River Guernewood Park lands that a grandfather had owned since 1914.