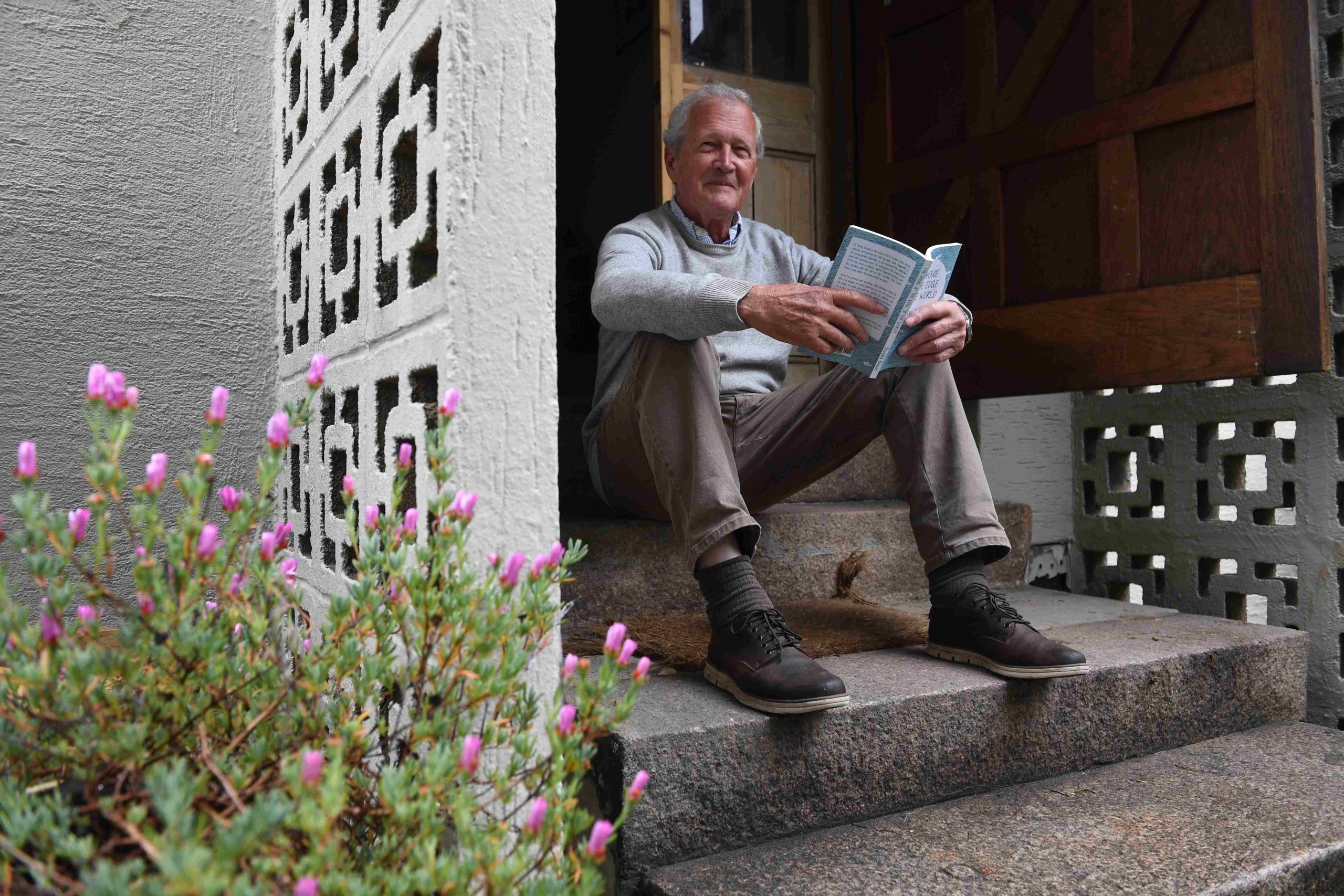 A LOCAL author’s book on the life and works of Sir Walter Raleigh has received a glowing endorsement from Bergerac actor and Jersey history buff John Nettles.

Donald Brown’s study of the courtier and author – who was also the last governor of Jersey during the reign of Elizabeth I – has just been published in paperback and e-book form on Amazon. It is described by Mr. Nettles as “an exhilarating read”.

“There are a number of books about Raleigh – very few as good as this one,” he comments in an online review.

For Mr Brown, it was the happy ending to a relationship that began when Mr Nettles was researching a BBC TV program about Raleigh and asking her advice. “He came and had heard that I was doing a lot of studies on Raleigh, and he asked for help. He was very polite and we met for several hours during which he asked lots of questions and I gave him some books to read,” Mr Brown said.

Later, when it occurred to Mr. Brown to inform John Nettles of the publication of his own book on Raleigh – The Shattered Monuments of My Great Desires – the result was entirely positive. “He responded immediately and said he would go buy a copy and give it a note,” Mr Brown said.

Walter Raleigh has been a figure of academic interest since Mr Brown read English at Exeter College, Oxford. In recent years, while researching the book, he gave public lectures on Raleigh at the library, cementing the connection to Jersey through his governorship of Raleigh from 1600 to 1603.

Raleigh actually spent very little time on the island although the Jersey connection was mentioned during the courtier’s trial and, Mr Brown explained, he also helped arrange a marriage between a woman who had carried his illegitimate child and the lord of Samarès. But his most important legacy as governor was probably to ensure that Mont Orgueil was not demolished as obsolete and to name his replacement in St Aubin’s Bay after the Queen.

Mr Brown’s two-part book deals with Raleigh’s life but also the canon of his poetic works, some of which have been challenged by scholars. Through a thorough analysis of the stylistic features and choice of vocabulary of prose works as well as poetry, he provided his own updated canon of Ralegh’s works.

Mr Brown’s decision to publish an e-book version with Amazon, after self-publishing in paperback, reflects the support he has received from fellow authors at the Jersey Writers Group. He had tackled the often frustrating task of dealing with a range of different potential publishers, each with their own requirements.

He followed a similar path with four other very different publications – a trilogy of children’s books The Island Wars and The Shoestring Academy. The latter, about the founder of a language school in Jersey, is a subject very familiar to the founder of St Brelade’s College.