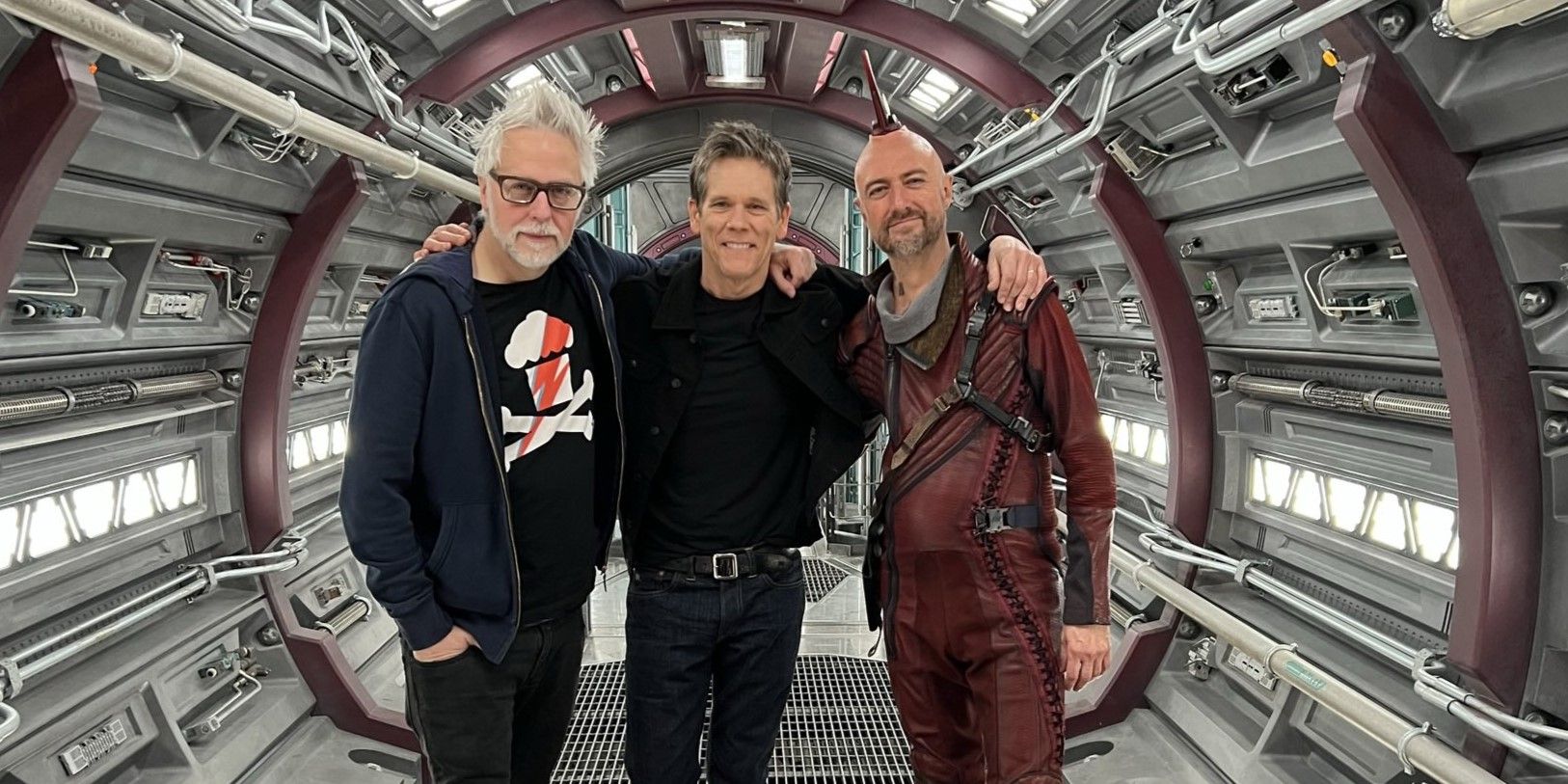 James Gunn shares a photo of his “favorite” MCU character, Kevin Bacon, who will play himself in The Guardians of the Galaxy Holiday Special.

Ahead of the special’s upcoming release, Gunn shared a photo on his personal Twitter of him and his brother Sean Gunn alongside Bacon. The [Guardians of the Galaxy Holiday Special] debuts one week from today [Disney+]featuring my favorite character in the [MCU]Mr. [Kevin Bacon].” Gunn has already referred to the Free from all ties star as being his favorite character in the superhero franchise, though Bacon is also an actual figure.

RELATED: Guardians of the Galaxy Holiday Special Welcomes Kevin Bacon to the MCU

The Holiday special will feature Bacon portraying a fictional version of himself on the run from Mantis and Drax (played by Pom Klementieff and Dave Bautista, respectively), who are intent on kidnapping the movie star to present him as a gift to a Peter Quill / Depressed Star-Lord (Chris Pratt). Marvel Studios’ special presentation will also feature Yondu (Michael Rooker) and Cosmo the Spacedog.

Rooker’s return for the special raises some questions, given Yondu’s demise after sacrificing himself to save Quill in guardians of the galaxy Flight. 2. Cosmo, meanwhile, made cameo appearances in both Guardians movies, but will debut her speaking voice in the Holiday specialwith Borat Next Movie star Maria Bakalova providing the character’s voice. Unlike the comics, the MCU version of Cosmo will be female as an homage to real Soviet space dog Laika.

RELATED: Guardians of the Galaxy Special Features Drax and Mantis Getting Drunk

In addition to voicing Cosmo, Bakalova also provided motion capture for the character for both the Holiday special and Guardians of the Galaxy Vol. 3. “I was in mo-cap. I think that’s the only thing I can share so far,” the Oscar-nominated actor revealed in August before discussing what it meant for her to join. the MCU. “[H]have the chance to join the Marvel family and especially the guardians of the galaxy, who was my first love in the MCU, was a dream come true. I like to see all the people excited for Flight. 3, the fans have been so welcoming and warm. It’s really valuable and it reminds you why you do this kind of work, to make people feel something. I think that’s the biggest giveaway.”

Guardians of the Galaxy Holiday Special will premiere on Disney+ on November 25.