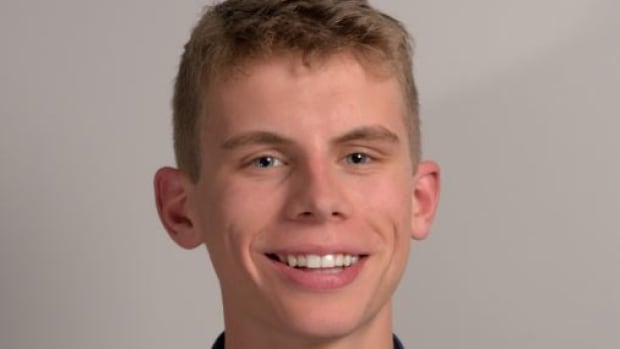 Reid Brown remembers the first time he was sucked into the algorithm – he was just 13 and watching videos after school when YouTube started pushing him towards controversial content.

Over time, the videos got more and more extreme, says Brown, now 21.

“It started out pretty benign,” he recalls. “You watch something about teenage fashion and the next thing you know the algorithm will push you to a Ben Shapiro video.”

Although Shapiro describes himself as a conservative political commentator, his views are controversial — and some are downright discriminatory. He suggested, for example, that transgender people suffer from a “mental disorder”.

But he has a total of 9.4 million subscribers and followers on YouTube and Twitter, many of them young people, like Brown was when he was pushed in the direction of Shapiro.

Although Shapiro is not affiliated with any hate groups, experts in media, gender studies and the radicalization of young men say the commentator’s content is prevalent in extremist communities online.

And exposure to controversial – and increasingly harmful – views on masculinity, the objectification of women and the LGBT community is causing those same experts to worry about how far-right extremist groups are using TikTok, YouTube and other social media apps in a drip campaign slowly radicalizing vulnerable teens and young men.

Although TikTok’s decision to remove influencer Andrew Tate’s account for misogynistic content the company said violated its policies has brought discussion to light, the personal stories of people like Brown offer unique insight into the effect. that the content may have on teenagers.

The videos Brown watched in his early teens were often misogynistic, he said, and it began to affect how he thought and how he interacted with people at school.

“I remember repeating certain sexist attitudes, things about the pay gap… Especially when I was hanging out with my friends, we were repeating all these things that we saw on the internet. Lots of sexism and misogyny.”

Seeing his friends play these things out in person made it “more real” than just looking at an idea online, he said.

This can escalate in the comments

A documentary and podcast producer who studies online radicalization among young men and the incel subculture, Batemen describes radicalization as a “slippery slope” that can start with algorithms nudging boys into increasingly harmful videos. .

Then “someone might engage you in a comment thread and tell you to join their Discord group [where] the content is getting darker and darker, and it’s edgy,” she said. “It’s entertaining for some young guys, and before you know it, you’ve fallen into a sub- extremist culture.”

The targets are often young men who feel lost or isolated; they see these groups as a way to escape these feelings, she says.

“The appeal of these hate groups is that they give isolated young men a sense of community and power – often for the first time in their lives – and give them a target, someone to blame for the challenges they face. they perceive in their life.”

Some young men may also view messages of empowerment of women and girls as an attack on masculinity, says Joanna Schroeder, a writer whose work focuses on gender and media representation.

“Maybe they see Me Too stuff…maybe they see a T-shirt or sticker that says, ‘The future is female,'” she said. “There’s a lot of encouraging content for girls…and if [young men] don’t get a chance to talk about their feelings about it, they may see it as ‘men are irrelevant’.

“It doesn’t necessarily mean that’s what’s going on…but they can feel it.”

So how can our society give young men a way to deal with their feelings in a healthy way?

That’s what Morris Green found himself asking – and what he says he hopes his organization can deliver.

Green is a health education consultant with GuysWork in Nova Scotia, an organization now in its 11th year.

Green says he started working with schools in Nova Scotia in 2012, hoping to give young men a safe space to talk about their feelings, their mental health, and disrupt problematic ideals about life. masculinity.

These harmful social norms can include anything from pressuring young men to drink alcohol, to not wanting to be seen as vulnerable or asking for help, he said. he declares.

There is also often homophobia and the fear that being anything other than straight may be perceived by peers as ‘not normal’.

“We basically wanted to normalize help-seeking behavior,” he said.

Green said GuysWork sessions focus on fostering a sense of safety and inclusion for young men who might not have an adult role model or someone they think they can talk to.

“We’re really trying to be creative…with the lessons and the facilitation, to create that safety for some really important conversations that just don’t happen in most cases.”

In 2020, GuysWork participated in a study with St. Francis Xavier University in Antigonish, Nova Scotia. Chris Gilham, Associate Professor and Principal Investigator, found that GuysWork was able to positively change young men’s views on certain masculine norms that it can harm short- and long-term health.

Many of the 180 students who participated said they felt they no longer needed to exercise a “certain type of typical, traditional masculinity” and instead could be “sweet, caring, kind and considerate. “, said Gilham.

Both Bateman and Schroeder agree that role models are essential for the healthy development of young men. They say it’s important for parents to talk with their children about the type of content they consume online.

“[Parents] need to watch for signs of radicalization, including changes in language and behavior,” Bateman said.

How to have healthy conversations

While parents can’t anticipate all the technology their teens might use, Schoeder said, they can offer help by teaching them about media literacy — and early on.

“We start doing media reviews with them when they’re quite young, so they have the ability to analyze something when it’s presented to them.”

And it’s important to be curious with teens rather than reacting angrily if they share watching controversial videos, she said.

WATCH | Algorithms and their agenda:

Joanna Schroeder, a writer who focuses on gender and media, explains why social media algorithms target young men and how it can impact what they watch online.

“Ask them questions about what they think of [the content] then affirm their kindness to tell you about it.

As for Brown, he is now a fourth-year mechanical engineering student at Dalhousie University. He said he was able to avoid being drawn into more extreme content by using social media less often – and instead reading literature and various media publications.

For him, it really comes down to the impact of social media.

“Young men aren’t inherently sexist. I think it’s the algorithms that can really make them that way.”