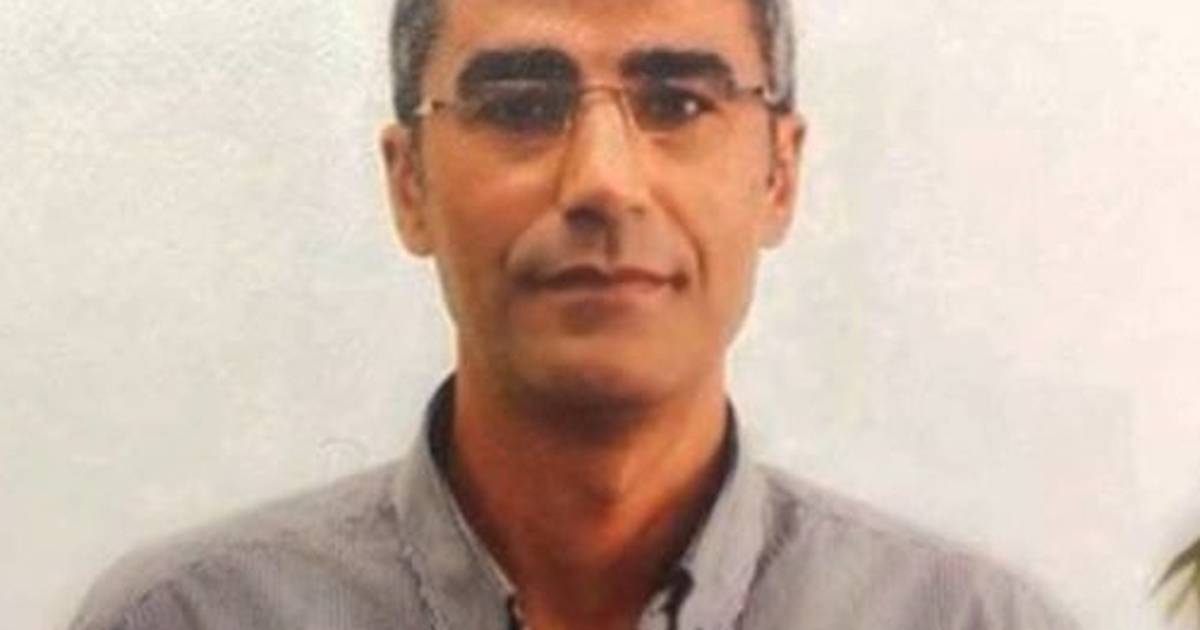 Award-winning Kurdish poet Ilhan Sami Çomak has been in prison in Turkey for 28 years, since he was 22.

Sit down and think about it for a minute. This man has spent more than half his life in prison, the last eight years in solitary confinement. He has a pet bird and regular visits from his Mackenzie friend, Ipek Özel, for company. (A Mackenzie Friend is a court-appointed guardian who represents the prisoner in all third-party interactions, effectively taking on the role of family.)

While in confinement, Çomak wrote eight award-winning books of poetry. His first collection in English, Separated from the Sun, edited and with an introduction by Welsh poet and translator Caroline Stockford, was published in September by Smokestack Books. Later that month his first play was staged, although he never saw a play performed.

Çomak was a geography student when he was arrested and accused of starting a forest fire on behalf of the Kurdistan Workers’ Party, the PKK. This happened when the Turkish state was in conflict with the PKK, resulting in thousands of convictions and heavy sentences. After several days of torture, he confessed, but since then he has always denied the charges against him. The European Court of Human Rights ruled in 2007 that his conviction was unlawful.

During his confinement, Çomak became a highly respected poet, with a growing international reputation. Pen Norway runs a campaign called Free the Poet, in which well-known poets – including several from Ireland – exchange reactive poems with him. A compilation of this work will be published in due course.

What is remarkable in Çomak’s work is its lack of bitterness. One might expect anger or insult at injustice, but instead he writes about love, hope and freedom. He writes about color and memory. He writes on Things That Are Not Here and This Morning and Feather Collecting. Life, he writes, is “to see the flight of a butterfly”. It poses and answers a question of universal relevance: why read poetry? in a poem of this title. In another he writes

“Life; separated from the sun.

There is no direction here.

But there is a way out.

Always a way out.

Çomak affirms the sustaining power of friendship, which overcomes the seemingly insurmountable barriers imposed by prison walls. He is an accomplished correspondent, hence the wide and growing circle of friends who believe in him and call for his release. In a letter to supporters of the Free the Poet campaign, he refers to a line from an Anatolian folk song: “They left me in blind pits without ladders.” Being a prisoner for so long heightened a sense in his soul that he was abandoned in this dark, ladderless pit, and besieged his self-concept, senses, and spirit. But he knows a secret, he says, that wards off time and human cruelty. This secret is the creative and imaginative power of poetry. The people who know his work and reach out to him in response are his scale.

In a letter written to Irish Pen, accepting their invitation to become their first honorary member, Çomak said: “I write poetry for the sake of life and to stay alive, for my deep connection with life, because I miss life, because it brings life to my cell, because I love life and people with passion and because I believe in life and in myself. The continuity of this belief is all I have. (…) During these 28 years of incessant confinement, I missed life so much, I spoke of so many desires that in the end the desires came to life; with poetry, especially with poetry, I woke up to life.

Pen America’s 2021 Freedom to Write Index showed Turkey ranked alongside China and Saudi Arabia at the top of a list of the world’s worst jailers of writers and public intellectuals. In a letter to the Guardian in 2020, several activists and poets, including George Szirtes, Anne Stevenson, Ruth Padel, Ifor ap Glyn, Choman Hardi and Gillian Clarke, challenged the British Prime Minister and Foreign Secretary (then Boris Johnson and Dominic Raab) to approach the Turkish government to release Ilhan Sami Çomak as soon as possible.

In the meantime, Ilhan wants the world to know his poetry, so that even though his body is imprisoned, his voice is free, unconfined. By reading his work and absorbing his passion for life and poetry, we bring to life the power of his imagination and his belief in poetry, making them stronger than the oppressive regime that holds him captive. A man whose youth was stolen as he studied the contours of this Earth, he now explores the confines of the human heart from the confines of a prison cell, a world both smaller and larger than most. between us cannot imagine it, in lines that grow into trails and paths through the living, luminous and limitless world of poetry.

Excerpt from: “I came to you, Life” (for Ipek Özel)

And the shadow of the tree buckles, the birds give all they know to their wings.

The wind blows an ovation and from the sun comes the need to touch.

There is no town to reach. Everything is here.

Open the window. Open it like horses neigh in the vastness of the world. Open it without speaking

of the shortness of summer, of the interminable winter. Open it, let the sky stir with the hidden symbols of my mind.

I came to tell you: ‘Open the door to the presence of

existence’ as the sky stirs in its shape.

I came to you saying, ‘Irish pen the door to becoming.

Open the door of existence to me.

November 15 is the International Day of the Imprisoned Writer.