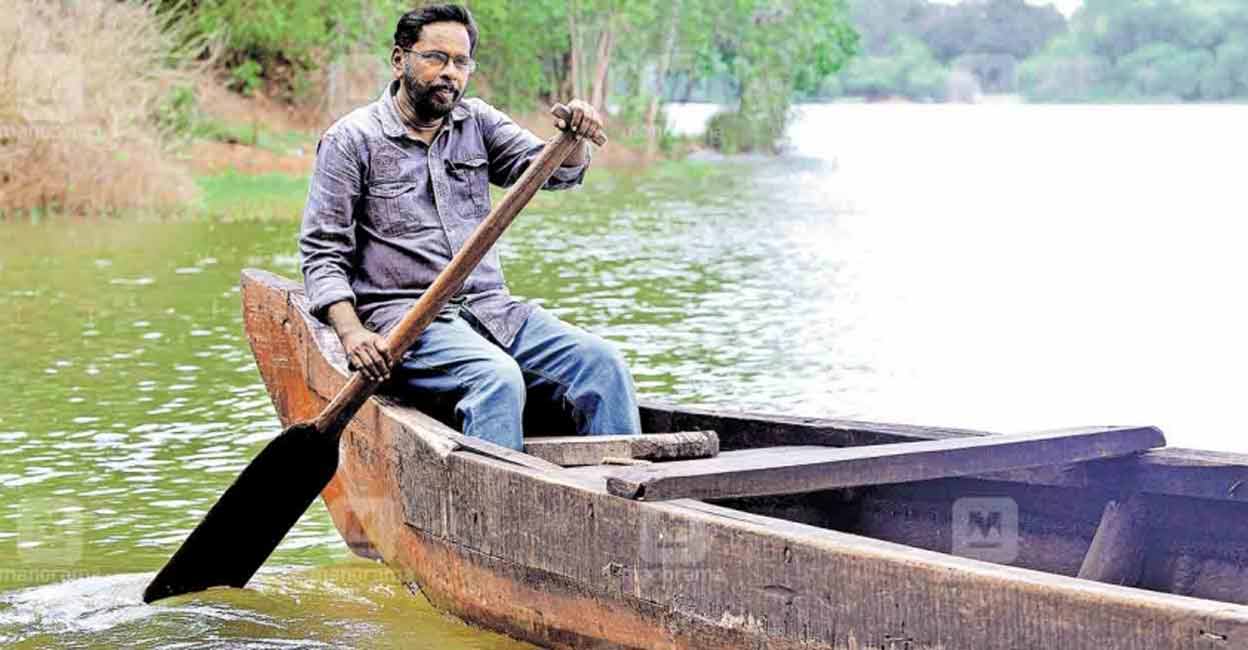 “Ini varunna thalamurakku ivide vaasam sadhyamo” ​​(Will this land be habitable for the next generation?). This iconic song that helped seed the concept of nature conservation in the Malayalee psyche is now 30 years old. This song that has been echoed by all nature lovers continues its unassailable journey to this day. Nobody knew the creator of this song for a very long time. Inchakkad Balachandran, the author of this song which has received no recognition or appreciation, confides in his life.

It has been 12 years since Balachandran retired from his government post. Here is someone who would offer countless poems about the environment and humanity to his friends.

Despite the immense love he received for his poem, Balachandran prefers to remain incognito and disappear into a world filled with poems about humanity and the beauty of nature. He shows no enthusiasm for the adulation he receives when we meet at his house in Valanjamburathu in Kollam.

In the midst of all this, he also survived a paralysis that hit him four months ago.

How was the song born?

It was in April 1992 that the Yuvakalashithi decided to resume the Kayamkulam Lake rehabilitation project following the pollution problems of the Karunagapally Alappadu Panchayath. Inchakkad was the officer of the statist department at that time. He was joined by his friend and PR officer Karma Chandran. They were the state organizers. Vallikkadu Mohandas was the captain. There was an eco-friendly trip of 17 km from Azheekal to Pandarathuruthu. This event brought together dignitaries like the poet ONV Kurup and other environmental activists. But unfortunately, the poet forgot to write a special song that he was commissioned to do. The disappointed organizers decided to settle for KPAC songs instead.

It was writer and playwright Idakulangara Gopan who suggested Injakadan to write a song. This is how the first line was born: “Ini varunnoru thalamuraykku”. He quickly completed another 12 lines and sang the song with Gopan. This song that resonated throughout the trip invigorated the trip and the environment. That was it. But two years later, suddenly everyone remembered this song at the Thiruvalla Dynamic Action camp for writers. Inchakkad sang this song, and it was a great reminder of his genius. The organizers encouraged him to write more. He added 40 more lines and finished the song.

The song composed by Pangodu Radhakrishnan and sung by Johnson was released as a dynamic cassette as well as a book that year. It didn’t take much longer for Shasthra Sahitya Parishath and Kanavu (Wayanad) to pick up the song which eventually reached the schools. During an adivasi revolt singer Reshmy Satheesh introduced this song. Bijith Chandran captured it on his new camera. This song has been translated into several languages, including French.

Also in the cinema

He was in contact with director John Abraham during the production of ‘Amma Ariyan’. Her first song (‘Azhakalila Manja charadile poothali) was in the movie ‘Ashwaroodan’ composed by Jasi Gift. He also composed for the film ‘Shudharil Shudhan’. He wrote several songs and poems for children. He wrote a children’s film by the name of Kadhaparayum Muthachan and scripted, directed and wrote lyrics for a children’s film titled “Naropanisathhu”. He is currently busy with a new movie called “Nootiyirupatham janmadinam”. Born to Shooranadu Thekku Valanjapurathu Pachan and Kunjamma, 68-year-old PK Balachandran’s childhood has always been closely linked to the sea. From researcher Dr. Kunjupilla, he learned about sand radiation from an early age. This is how he began to love nature.

He lives with his wife Meena and his children, Vimal Raj, Vineetha and Vineeth.

Inchakkad is inspired to write again after witnessing Lake Shasthamkotta eroding due to global warming. His lyrics reflect the complexities of life.

(“Friend, you sell everything, you only earn, what is the price of sunlight and wind?”)