In London, diversity is up, but public safety is down 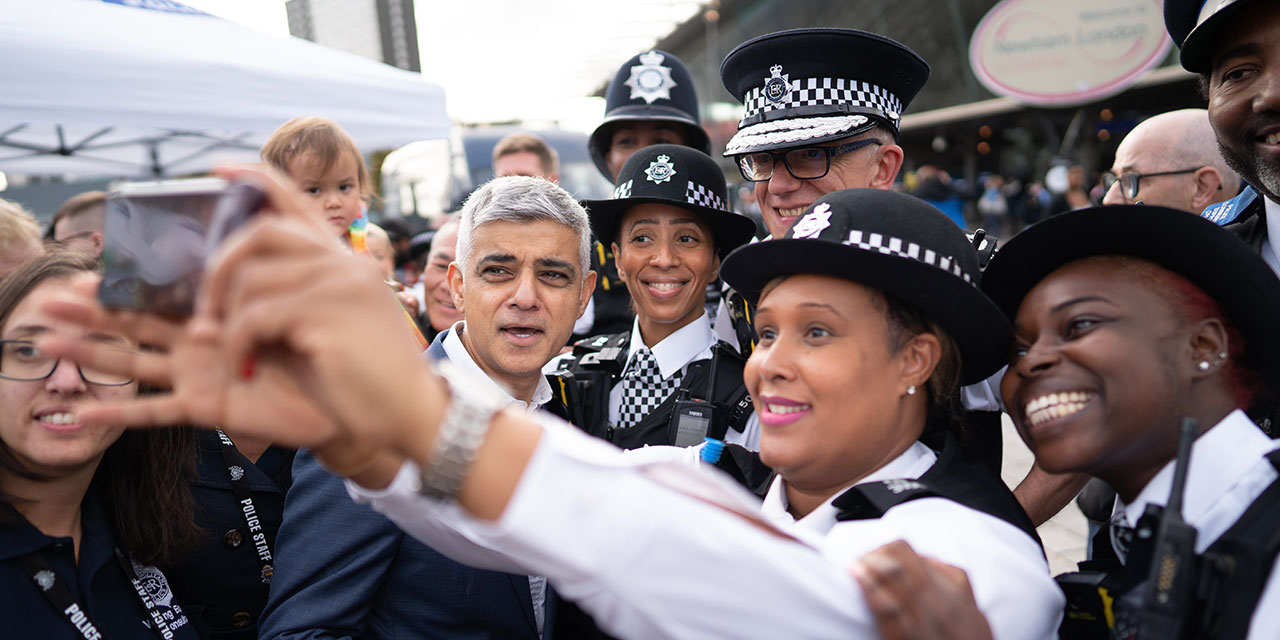 Last month, London Mayor Sadiq Khan accompanied new Metropolitan Police Service Commissioner Mark Rowley on a walk through Stratford in east London. A series of high-profile scandals have rocked the force in recent months, and the mayor and commissioner hoped to inspire public confidence in the police. They also aimed to attract new recruits.

“As I lead reform at the Met,” Rowley told an audience in downtown Stratford, “I encourage you to attend an outreach event in your area, where you can learn about opportunities for a great career.”

With the number of voluntary resignations from police forces in England and Wales up 72% since last year, these efforts to attract new officers are badly needed. Still, Rowley seemed more concerned with signaling virtue than promoting police force.

“I am truly delighted that we have achieved our highest ever female representation within the Met, reaching its highest total number of officers,” he said.

The number of female police officers in London has indeed reached an all-time high, according to figures from the Met. As of September, the force was 30.4% female, and it aims to increase its share of female officers to 33% by next fiscal year, with the intention that 50% of all new recruits be women. . Of the 1,678 officers recruited since April, 44.5% (746 officers) were women.

Rowley is dedicated to diversity and inclusion. “The evidence around the world is that the best companies and organizations benefit from diverse teams,” he said. “It’s not just about fairness, it’s about being the most effective in a complex world.”

The world is certainly complex, but violent crime in London has been on the rise in recent years. London police recorded a quarter of a million violent crimes in 2021-22, a 10% increase on the previous year. One of the main drivers of violence in the capital has been gang warfare. According to a Sky News survey, around 200 gangs operate in London.

In the last weekend of October, a shootout between rival gangs in Brixton left two people dead, including an innocent 21-year-old delivery driver. The tragedy came just five days after a triple shooting in Ilford, east London, left two young Somali men dead. Over the same weekend, a 21-year-old man was stabbed to death at a Halloween party at Wembley, and a 32-year-old man died of stab wounds after a confrontation between two groups of men outside a restaurant near Waterloo Station. . The Met launched a murder investigation after a double stab wound killed a woman in her 60s in Dagenham, east London, and police were dispatched to Willesden, north London. west London, after a middle-aged man was shot in the leg.

In the 12 months to June 2022, around a quarter of the 46,428 knife crimes recorded in England took place in London. Last year, teenage homicide victims in the city numbered 30 – more than any year since World War II – and most were stabbing victims.

London has seen an increase in various violent crimes in addition to homicides. The number of rapes reported to Met Police has risen by 65% ​​since 2016, and a home is burglarized approximately every 13 minutes in the capital.

With only 5% of all crimes resulting in a charge or conviction, Rowley has far more important things to consider than the gender parity of his strength. His recent remarks point to the disconnect between what elites value and what the public finds most pressing. At the Stratford event, Mayor Khan described the increase in female representation in policing as a “significant event”. Not as important as stopping the crime.

Noel Yaxley is a writer based in England. He regularly contributes to several publications, including The critic and Quilette.

city ​​newspaper is a publication of the Manhattan Institute for Policy Research (MI), a leading free market think tank. Would you like to support the magazine? As a 501(c)(3) nonprofit organization, donations to MI and city ​​newspaper are fully tax deductible according to law (EIN #13-2912529). MAKE A DONATION
Female writer