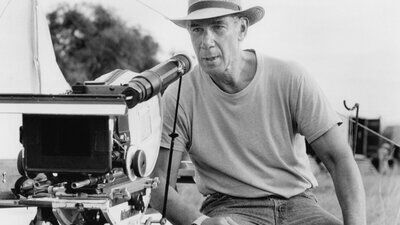 He was born in New York on February 21, 1933. After graduating from high school and studying philosophy at Dartmouth, Rafelson was drafted into the army and stationed in Japan. There, he began to take an interest in cinema, especially in the works of John Ford, Ingmar Bergman and Yasujiro Ozu. Around this time, he married his high school girlfriend, Toby Carr, who would go on to serve as production designer on several films. Upon returning to the United States, his first professional job in the industry was as editor for David Susskind’s “Play of the Week,” and he eventually began working on a number of television shows. at Universal Pictures, Revue Productions and Desilu Productions. Even then, he began to cultivate a reputation as someone willing to defy authority – during his time at Universal he reportedly had a falling out with powerful studio exec Lew Wasserman which resulted in him pushing everything which sat on Wasserman’s desk on the floor.

Things improved a bit at Screen Gems, where in 1965 he met fellow producer Bert Schneider and the two decided to form Raybert Productions, which later became known as BBS Productions. For their first effort, they decided to create a show centered around a rock ‘n’ roll band, although it was often said that the hope was to try and replicate the energy and excitement of the film. Beatles breakthrough “A Hard Day’s Night”. On a weekly basis, Rafelson said the real inspiration was a period of time he spent working as a traveling musician in Mexico. When established bands such as the Dave Clark Five and the Lovin’ Spoonful declined the offer to play, the decision was made to start the band themselves. A long series of auditions resulted in the casting of Davy Jones, Michael Nesmith, Mickey Dolenz and Peter Tork as members of the band that would be dubbed The Monkees. As the four were chosen more for their personalities than their musical abilities, responsibility for the music fell to music producer Don Kirshner and songwriters Tommy Boyce and Bobby Hart, who wrote many of their greatest songs. .

The show won Rafelson and Schneider Emmys for Outstanding Comedy Series in 1967 and the band had a number of best-selling records that continue to perform significantly to this day. The show’s popularity helped Raybert secure more funding and inspired Rafelson to direct his feature debut, a project that also starred The Monkees but headed into weird and surreal areas that, among other , satirically aimed at the band’s manufactured image. Rafelson co-wrote the film with an up-and-coming actor named Jack Nicholson and assembled a cast that included the decidedly eclectic likes of Annette Funicello, Victor Mature, Frank Zappa, Sonny Liston and Timothy Carey. When the film, ultimately titled “Head“, was released in 1968, the show had already come to the end of its two-year run and its once loyal fanbase had moved on. The film was a notorious flop that disappeared from theaters almost immediately. in subsequent years, however, it underwent a well-deserved reassessment from people who cited its offbeat nature, its often fascinating deconstruction of the band and the concept of authenticity, and a trippy soundtrack album that contains some of the best and some of the most ambitious music they have recorded.