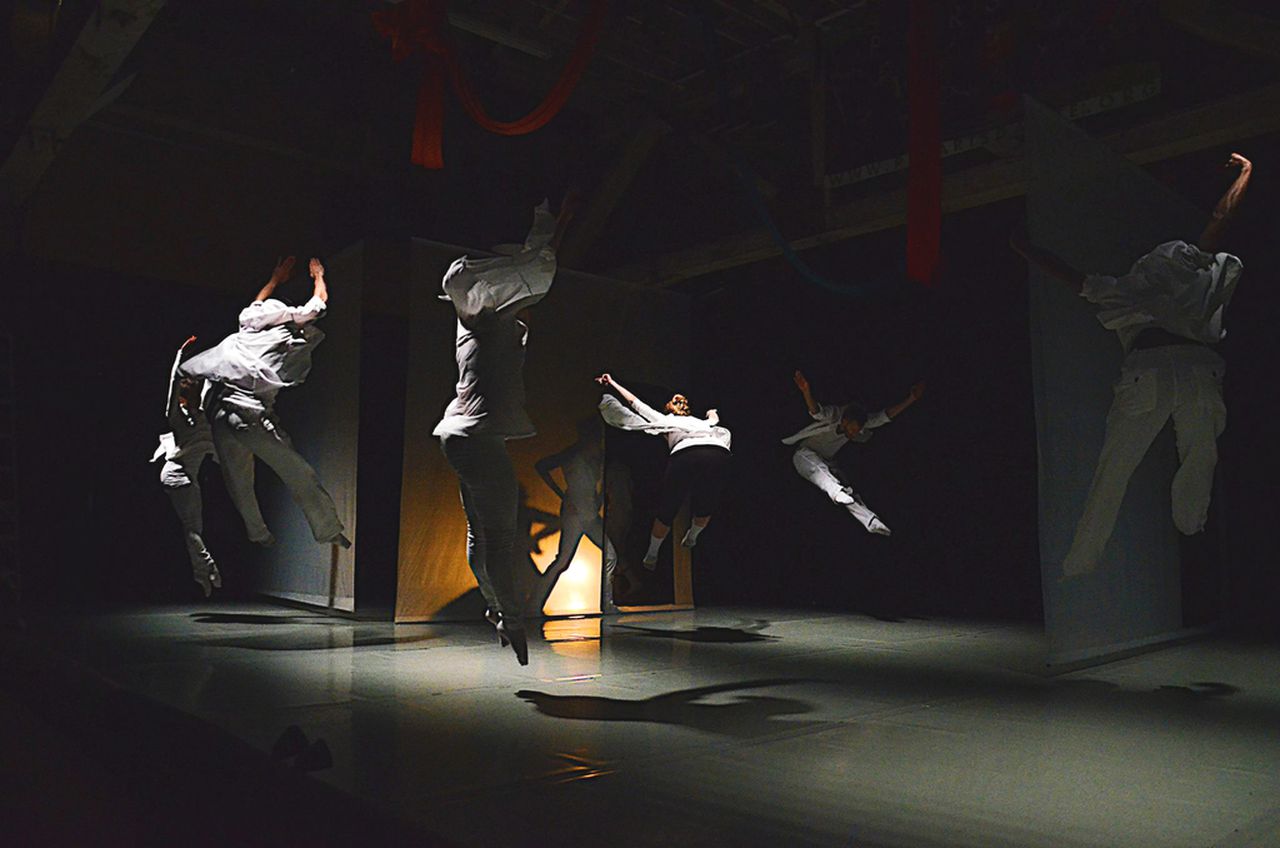 The 10-day Fertile Ground Festival of New Works may look like a terrific bunch of 37 Portland-based creative acts of theatre, dance, puppetry, circus, stop-motion animation, multidisciplinary arts, improvisation, spoken word, animation, music and—last!—designed the theater, but when it comes to sifting through it all, do what festival organizer Nicole Lane does.

“If a person really wants to suspend disbelief and feel like they’re at a festival, it would be very conceivable to watch two or three every night at 7 p.m.,” she suggests. “It really is an on-demand experience. If you can, set it up on your TV or laptop and stretch out on the couch, maybe with a blanket and your beverage of choice. (Bravo or locally roasted, of course.)

A program of the Portland Area Theater Alliance since 2009, this year’s festival is mostly virtual, with some live events. So while one day we’ll be together (yes, we will), below you’ll find the dirt on some of Fertile Grounds’ most anticipated projects, the GROW Light selections, chosen for “content that expresses a representation significance of underrepresented communities. . . in a remarkable artistic way.

But don’t neglect the rest of the program. “Some are drama, some are funny, some are 15 minutes, some are an hour and a half,” Lane adds. “When you look at the pieces that weren’t selected for the GROW Light, there is an extraordinary amount of fascinating work and enormous diversity. There are also new works by acclaimed playwright EM Lewis; and “PDXP Short Plays: Love Over Everything” by PDX Playwrights and the “PDXP ZOOM Instant 48-Hour Play Festival,” which are mini-festivals within the festival. “You’ll never be bored,” promises Karen Polinsky, Producer of PDX Playwrights.

The following 10 performances are offered virtually at various times from January 27 to February 27. 6. Many events are free or donation-based; live events are chargeable. Find details about these events and all 37 festival events at fertilegroundpdx.org

Valerie Yvette Peterson’s 30-minute film centers on the family drama between two brothers played by Royal Harris and Christopher Brackett. “As a playwright and poet, I seek to help the quiet voices of those who may find it difficult to express themselves. As I reflect on the impact, I am excited about the content and how important and meaningful this topic is for all races and genders,” says Peterson. “My short will definitely, in some way, spark conversation.”

Don Merrill’s musical, with music composed by Melody Beck, is based on his 2019 book “Pledge: The Public Radio Fund Drive.” As former journalist Merrill states on his website, “I have paid attention to where these hypocrisies lie hidden and have brought to light as many of them as possible in a story that I hope weaves together the dreams, the victories and the defeats, the truths and the contradictions into something that I think the public (especially the public radio faithful) will recognize.

Do It for Mead Production: “The Misadventures of Missy Black: A Pirate Play”

Maddie Nguyen directs Riley Anna’s filmed play about the rise of “a globally feared and renowned pirate queen gathering her own crew of misfits, sailing around the world making allies and enemies and seeking revenge.” Filmed entirely at Café Delirium in Gresham, this production promises sea shanties.

Presented both virtually and live, Alisher Khasanov’s theatrical performance is a collaboration between artists from Moscow and Russian and Russian-American communities in Portland. The project has its roots in a Portland workshop that brought together a trans dancer/actor, a fluent Russian-speaking high school student, an opera singer, two actors, and a visual artist.

Ancient folk tales meet our modern world in this family premiere (for ages 9 and up) featuring the artful creations of Anca Hariton exploring the Czech tradition of socially engaged puppetry.

You can experience Polaris Dance Theater’s first dance-to-film project, live or virtually, with additional live multidiscipline. dance performances on specific dates by artists such as Sweta Ravisankar’s East Indian Dance, Uly Gonzalez, Jordan Kriston, No Nonsense Dance and Isaiah Tillman, among others. The centerpiece is “Grains”, a movie full of gluten that “displays a world where everyone can be themselves and speak the languages ​​that are their own, where no one demands that they all speak English or go back to the countries where they come from,” says producer Robert Guitron. Dance styles are so diverse that he hopes to expand “everyone’s knowledge, appreciation and love for this incredibly diverse dance community.”

+Street scenes: “The enemy of the people”

Michael Streeter directs this reading of RaChelle Schmidt’s play – a reimagining of Ibsen’s original – about the residents of a struggling town waiting for a spa to open. “What excites me about the project is giving the audience a piece that speaks to what’s happening in the world right now,” says Streeter. “I think everyone will see themselves in at least one of the characters a bit. For those who criticize “Don’t Look Up” because it’s too much on the nose, maybe it’s the subtle satire they’re looking for. Full production is expected this summer.

The Vanport mosaic with the project: “SOUL’D: the economy of our black body (the joy edition)”

A collective of Portland Black performers, designers and filmmakers contributed to this new performance piece designed by Damaris Webb and adapted for film by exploring a wide range of personal stories about race, from slavery to the world in which we live.

Director Ajai Tripathi’s “Cosmogonos” depicts the origins of the universe in two parts told through puppet and animation. “Part I: Amoxtli” is inspired by Mesoamerican folklore, particularly Nahua tales from Mexico. “Part II: Ananta” is inspired by Indian Sanskrit literature and imagines a dream of being supreme Vishnu.

This animated collection of digital shorts is something we could all use: a “care package” full of surprises to inspire human connection. Echo Theater staff, students and alumni, including queer, trans and elder artists, perform dance, aerial arts, physical theatre, acrobatics and cameos by locals, some have performed in the Portland crosswalks.

—Libby Molyneaux, for The Oregonian/OregonLive