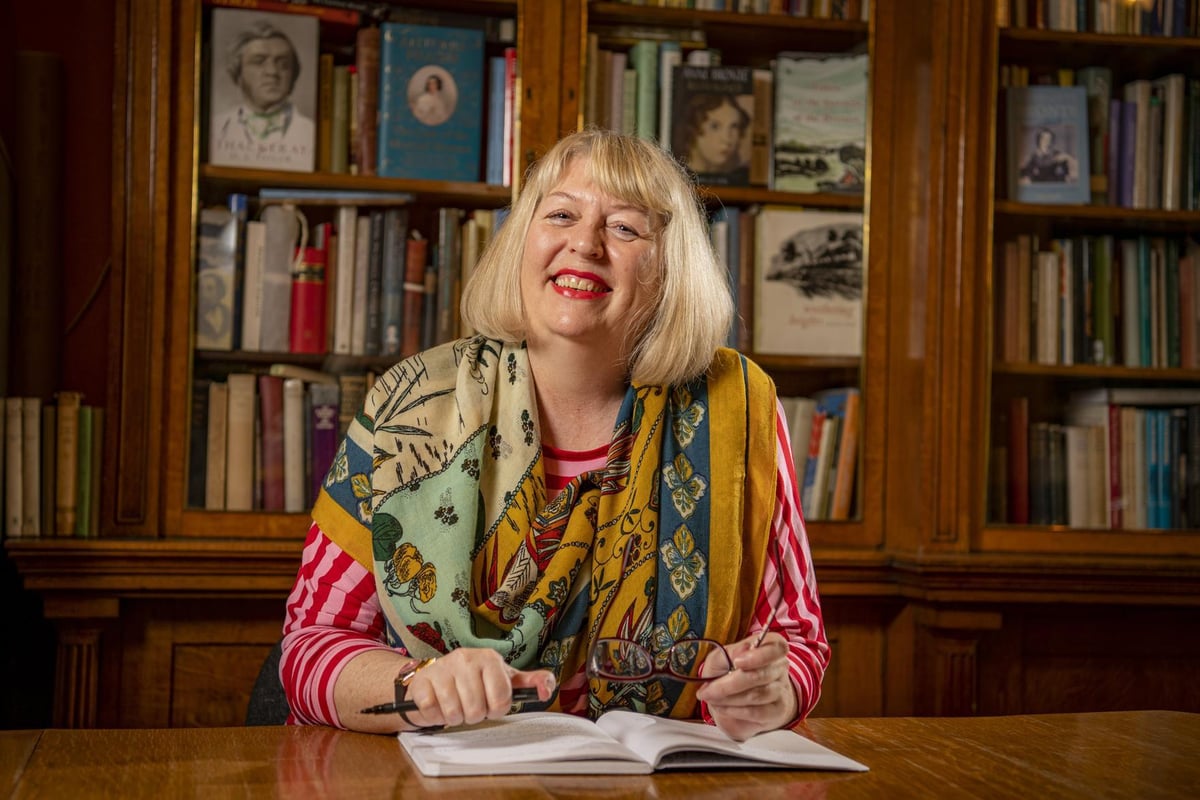 There was a pleasing honesty. In the mud and blood of Wuthering Heights, and the visceral rawness of roaring grief and in the drama of his own darling Jane Eyre.

Now, as the new Writer-in-Residence at Haworth’s Brontë Parsonage Museum, she’s determined to immerse herself in those same dramatic landscapes to tap into that creativity.

Register to our daily newsletter

This building, the former home of Charlotte, Emily and Anne, was donated to the Brontë Society as part of its vision to “bring the Brontës into the world and the world into Yorkshire”.

Nicky Peacock, a multidisciplinary artist, has been selected as this year’s writer-in-residence for the Brontë Parsonage Museum. Photo Tony Johnson

It is now a question of creating a new significant work. For Haworth, and with Haworth, and for Brontë fans everywhere. As a self-proclaimed “goth girl”, what she wants are people’s stories.

“For me, it’s about new ways, about being inspired,” Ms Peacock said. “Inspired by this village and by the people here.

“I have always been interested in the elements of brotherhood and the cult of the Brontes and the mystery of these enigmatic sisters,” she added.

“I love how they’ve become these abstract figures. They’re like fog.

Top Withens high on the Pennine Moors above Haworth, the ruins have long been associated with the Brontes as the home of the Earnshaws in Emily Bronte’s novel ‘Wuthering Heights’. Screenwriter: Bruce Rollinson

Ms Peacock, from Teesside, was selected after an open call which attracted more than 100 applications. Past writers-in-residence have been poets or performers, but Ms Peacock is a multidisciplinary artist, marrying the written word with images and objects in her work.

This is a one-year part-time position, to create new works for the museum and for Brontë fans. And she is determined to speak about the local community – and people’s experience.

Nicky Peacock, a multidisciplinary artist, has been selected as this year’s writer-in-residence for the Brontë Parsonage Museum. Photo Tony Johnson

It comes from what she calls “the egg in the pram story”. An offbeat tale, which she had taken from her own mother, evoking the extravagance of Easter gifts.

In his day, his mother had said, there had been no chocolate eggs. It was tough, drenched in dye and with a hand-drawn face, which she had pushed down the street in a pram.

Mrs. Peacock was transfixed. “It was sad and sweet,” she said. “It was absolutely real. What I would like is for people to tell me their stories. To make those connections.”

It starts with an alternative view of the guestbook. Rather than asking about guests’ addresses or their visiting experience, she wants to know who they might lock up in an attic.

The questions continue – “Have you met a ghost”? “What modern day item would your favorite Brontë enjoy the most – like a hair straightener maybe or a microwave?”

And ‘If you could steal one object from the museum, what would it be? (Please don’t)’.

“I wanted to make the questions a bit more pressing,” Ms Peacock said. “I’m very curious. I want to know people’s deep feelings. I want to hear their egg in pram stories.”

Then there will be “treasure hunts”, with presents hidden across the village and the moors.

This residence, adds Mrs. Peacock, is a rare gift, an immense privilege. This week, immersed in the treasures of the museum, she got lost in shopping lists and personal pieces.

“I really have to pinch myself,” she said. “I’m an artist who writes. I was definitely the underdog.

“I don’t want to approach this from a biographical point of view – it’s not my way. It was done, by people who are better at it.

“A lot of writers want to look past myths and dispel them — I don’t want to do that,” she added. “I love myths. And all the melodrama.

Plans include the creation of a ‘treasure hunt’ around Haworth and the diary’s visitors’ book which will feed into a cumulative play planned for the end of Ms Peacock’s term in 2023.

Rebecca Yorke, Acting Director of the Brontë Parsonage Museum, said: “Nicky’s candidacy really showed an understanding and passion for the Brontë family and how they lived.

“We were really keen for this year’s Writer in Residence to truly fit into our community here and produce moving, thoughtful and engaging work and we look forward to seeing what Nicky brings to Haworth over the coming months. “

Support the Yorkshire Post and become a subscriber today. Your subscription will help us continue to bring quality news to the people of Yorkshire. In return, you’ll see fewer ads on the site, get free access to our app, and receive exclusive member-only offers. Click here to subscribe.