‘House of the Dragon’ will not ‘depict sexual violence’ 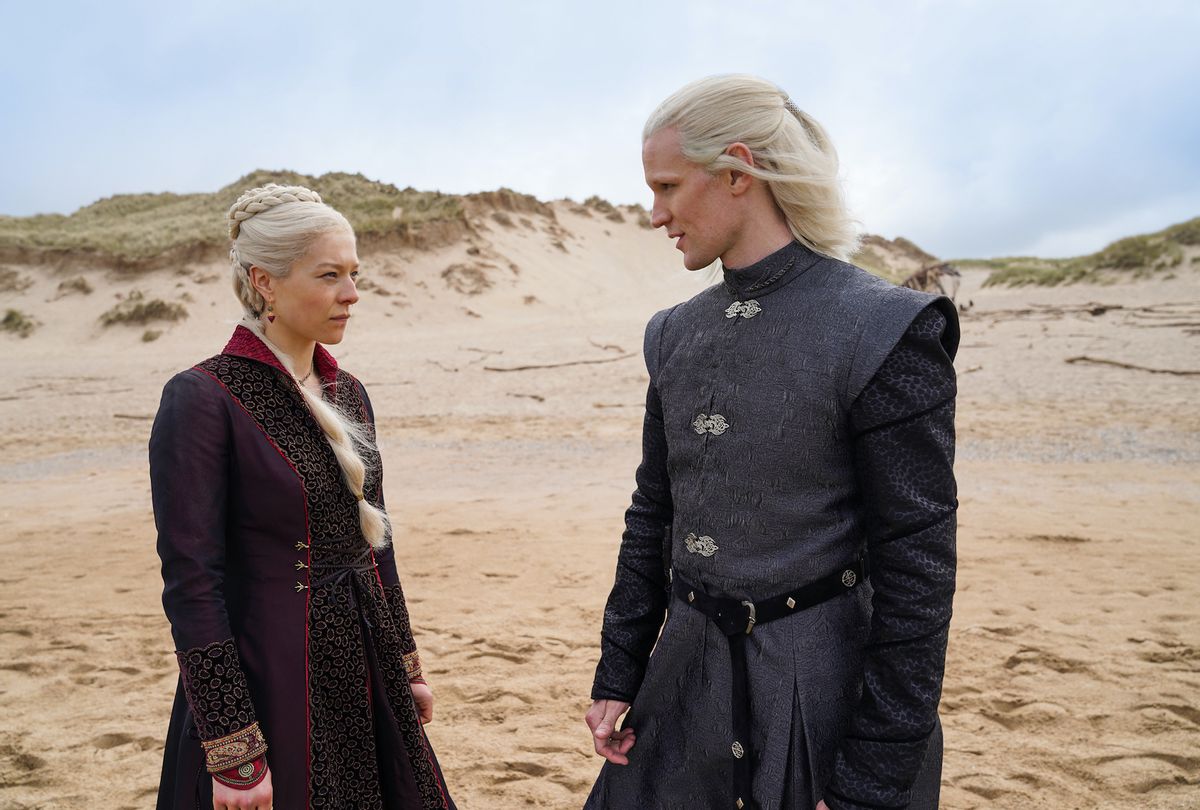 “Game of Thrones” has sometimes been criticized for the way it portrayed sex, nudity and sexual violence. There were really a few different issues at play. In the early seasons, the big issue was that the show treated female nudity as entertainment, trotting out body parts to titillate or distract. The most famous example is Littlefinger’s “exhibition” scene in season one, where the writers had Littlefinger expose his backstory while a few prostitutes writhed in the background lest the audience get bored. . This sort of thing came up often; think of the scene in season three where Tyrion walks Podrick through a brothel full of women showing off their bodies. The scene isn’t important to the story at all and is basically an excuse to ogle naked women. As the show progressed, that nice shameless nudity lessened.

“Game of Thrones” has also been criticized for its depictions of sexual violence, most notably in a Cersei-Jaime scene in Season 4 and then in Season 5 when Ramsay Bolton rapes Sansa Stark on their wedding night. While the last two seasons featured sex scenes — Missandei and Gray Worm have sex near the start of Season 7 and Jon Snow and Daenerys hook up at the end — the show was decidedly more cautious about it. The final season had virtually no nudity or sex.

And now we come to “House of the Dragon,” HBO’s “Game of Thrones” prequel show. Set some 200 years before the events of the main series, the series chronicles a brutal civil war between rival factions of the Targaryen dynasty. How will the new show handle this topic?

‘A Song of Ice and Fire’ author George RR Martin has long said that he draws inspiration from real history when writing stories about Westeros, that history is full of sexual violence and that it would be dishonest to write a story about the war. and not recognize it. (“House of the Dragon” is based on his book “Fire & Blood.”) He reiterated those general thoughts in a recent interview. “I don’t think Westeros is particularly anti-woman or more misogynistic than real life and what we call history,” he said.

So sexual violence exists in this world, but how will the “House of the Dragon” deal with it? Co-showrunner Miguel Sapochnik recently said the series will approach the subject “with care, thought and [we] don’t deprive yourself of it. If anything, we are going to highlight this aspect. You cannot ignore the violence that was perpetrated on women by men during this time. It shouldn’t be minimized and it shouldn’t be glorified.”

Now, “House of the Dragon” writer and executive producer Sara Hess has clarified things further: “I would like to clarify that we don’t depict sexual violence on the show,” she told Vanity Fair. . “We are dealing with a case off-screen and instead showing the consequences and the impact on the victim and the abuser’s mother.”

I think what our show does, and what I’m proud of, is that we choose to focus on the violence against women that is inherent in a patriarchal system. There are many “historical” or story-based shows that idealize powerful men in sexual/marital relationships with women who were actually under the age of consent, even if they were “voluntary”. We put that on screen, and we’re not shy about saying that our female leads in the first half of the show are coerced and manipulated into doing the will of grown men. This is not necessarily done by those we would define as rapists or abusers, but often by generally well-meaning men who are unable to see that what they are doing is traumatic and oppressive, because the system in which they all live normalizes it. It’s less obvious than rape but just as insidious, but in a different way.

It’s true that there are several relationships like this in “House of the Dragon”. For example, the character of Alicent Hightower is married to King Viserys I Targaryen despite being around the same age as King Rhaenyra’s daughter, with whom she has a close friendship. “In general, portraying sexual violence is tricky,” Hess continued, “and I think how we think about it as writers and creators is unique to our particular stories.”

From what I’m reading here, it looks like “House of the Dragon” will do a good job of exploring the reality of sexual violence without ogling it or romanticizing it, which is where you want the show to be. that is. The new series will premiere on HBO and HBO Max on August 21.