Homecoming: a mixed feeling in India 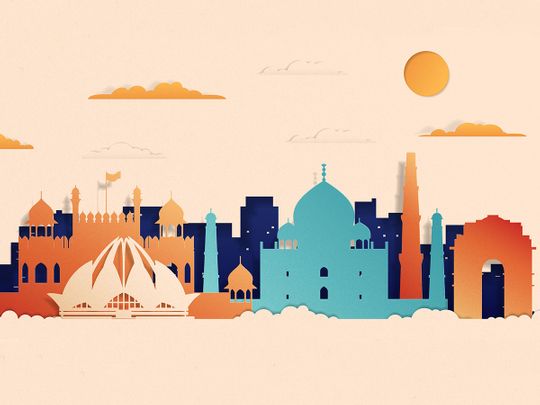 You know you’re home when passengers nudge each other to disembark before the plane even comes to a complete stop, as if one more second and they’ll be hanging in the air.

There’s no faster way for the high of a trip to die down and yet what’s the bet those same passengers will sit quietly in their seats once they reach a foreign destination, walking in an orderly queue as for the born mansion.

A lady with a mask positioned almost at neck level urgently breathes into me a few minutes later and I step forward asking her to keep her distance, Covid or otherwise.

But these days everyone loves a good outrage and in keeping with the sentiment she is immediately offended demanding that I respect elders, (she looked my age if not younger) regardless of their deeds – a truly Indian thought if there ever was one!

I have often tried to put myself in the place of a foreigner visiting the capital for the first time, wondering about his reaction once he leaves Delhi’s international airport.

The contrast to the outside can be more than bewildering when the senses are assaulted by loud car horns, a sting in the air, taxis that make the base sound luxurious, and a sea of ​​humanity that has had no end. other choice than to find a method in madness. Is it baptism of fire for a tourist or do they mistakenly embrace it as the colors of India?

The past two years of the pandemic have changed most of us irrevocably, whether in our lifestyles or our approach to work. Delhi, however, seems to have pulled out all the guns blazing as if to make up for lost time. There is no more “rush hour traffic” in the city, it is a nightmare on the street at all hours and every day.

The suburbs of Noida and Gurugram have become remote and exhausting as a day trip. In a hurry to catch up, the pains of the second wave are long forgotten, and ambulances are once again stuck in traffic jams at the whim of fate.

Sunday is not synonymous with holidays on the roads, just as pollution hits even in the months following December and January. It always has, but it is Delhi’s peak behavior to only bring up the visible problems. What he does not see can wait. It only takes a pause to realize it, the charm of the city that has made us its faithful courtiers becomes more and more difficult to defend. You don’t even have to scratch the surface.

The rich got richer

Conversations in Delhi are only about people leaving – those who can afford it, and we know the pandemic has only made the rich richer. Others are resigned and dig deeper to bring everything together in a chaotic city and not just the traffic.

There is, however, clarity of thought – unemployment, rising fuel prices, traffic, nothing compares to whatsapp attackers believe and sadly for the first time school children are being indoctrinated by their families to reject inclusion.

I have heard of people leaving upper middle class settlements because their children are singled out even by their classmates and peers. The authors themselves will be going abroad to study soon as nowhere has the rift in the education system been more exposed than in the country over the past two years.

The mask mandate has now been withdrawn in many cities but this is only a formality.

Starting from the leaders, the masks were worn under the nose or not at all, the malls and markets are crowded and if you are the cautious type or have a compromised member at home, it is not easy to watch this. However, many of these people will maintain social distancing when traveling abroad, just as they will not litter on the road in a foreign country or risk driving while intoxicated.

Delhi is packed and it’s a suffocating city. It’s been a while now and nothing could be more heartbreaking. Like millions of others, it was the answer to my dreams of leaving a small town and making it big in the city.

This time I was surrounded by chatter about letting it go, finding peace in smaller places, and no longer being blindly accepted. Despite the springtime glimpse of a city we fell in love with and a city that took so many of us into its fold, Covid may have deepened the fault lines with Delhi.

India remains in its villages and small towns and for those who grew up there like me, it is now more and more the only return to basics. That coming full circle, whether because of age or circumstance, is a story for another day.

In my town of Jalandhar in Punjab, the birds still chirp all day and the stars shine brightly behind the giant eucalyptus trees at night. After the comings and goings of the capital where a feast of love is dying, here nothing wavers. The pandemic has taught us all a valuable lesson: keep it simple. Those who can must grab it with both hands.

The writer is the author of the investigative book “Stoned, Shamed, Depressed”. She was also a reporter at NDTV for 15 years.