Hindus should have their moment of catharsis and Muslims can find real heroes, not rapists and barbarians, but the lying ‘left’ must stop 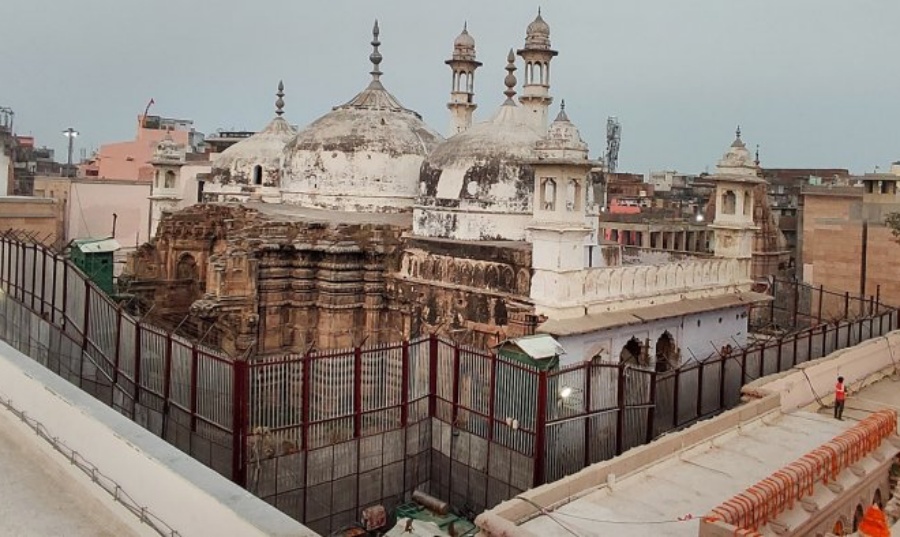 Gyanvapi’s issue came to the fore. There is more. These will not go away. Because we never had the chance to hear or read the truth – the first step towards reconciliation. With lies, there can only be anguish and protest.

The simple fact is that, although Hindus may be numerically in the majority, our collective grievances against Islamist violence and horrors are not only genuine, but have deepened and deepened over the years due to willful neglect. and blatant contempt. It was as if we weren’t human and had to suffer endlessly without any sound. For the mythical “idea of ​​India”.

We were told that just talking about our grievances is fascism. “Oh, it happened centuries ago, why rake now?”. But that too is a blatant excuse just to silence us. As we have seen recently, the mere act of making a film about the recent (not 12th century) Islamist genocide in Kashmir has not only been brutally and ruthlessly attacked, but also used by Islamo-fascists and the Stalinist “liberals” to justify the brutal murder of another Kashmir. Hindu.

It is ridiculous to claim that we lose our right to the real story just because we are the majority. China still talks about the atrocities committed by the Japanese during their occupation, although there are hardly any Japanese in China and Japan is a much smaller country.

Then we will be told: “Oh they are foreigners, but the Muslims may have invaded, but they are Indians! “.

This argument is also false because simply settling not only does not remove original sin, it actually makes it worse! At least those looting and scooting let you rebuild in peace until they return. As Professor Abhishek Banerji pointed out, Native Americans still have grievances from the 19th century and before. Try telling the American Indians who were slaughtered and scalped or the Australian Aborigines who had their children stolen from them about the “syncretistic and composite culture” created by the white invaders who chose to settle! You will be canceled immediately.

The “they are part of the fabric” is wrong in another sense, because most Muslims are after all Indians, just like you and me, not Arabs, Persians or Turks! It is the Pakistanis, in joy and ridicule, who go in search of their non-existent ancestors in Arab or Persian lands. Therefore, to criticize the Portuguese for the inquisition or the Mughals for their fanatical barbarism and inhuman savagery is not at all an attack on the Indian Muslims of India today! It is simply a historical fact. A Pasmanda Muslim may happily join his Hindu brothers and sisters in abusing the Islamists because he has nothing to do with them except the fact that there is a common shared religion.

Then other bizarre arguments are made like the Mughals “protected us” from Chengiz Khan, the Mongols, Timur etc. kinda like saying you should be happy to be mugged in the street because a rapist couldn’t attack you at the same time.

Hindus can and should have their moment of catharsis. Muslims can find their real heroes. And India can move on.

But for all of this to happen, the Stalinist left must be forced to stop lying and stop treating history as yet another weapon in its Polpotist pogrom on the Hindu faith. A faith that they recognize as the greatest stumbling block to their power to monopolize by violence.

It may surprise you, but we have to give Muslims one thing – they never lied about their conquests and victories and their acts of vandalism. All the lies were committed by the left and a few fascist looter dynasts and their corrupt ecosystem.

Whether you read the writings of the first invaders or their official and contemporary historians, chroniclers and courtiers, or listen to Pakistan’s many politicians, mullahs and others (certified by many well-meaning observers as the successor state of the Mughals), or even many of India’s Muslims on social media and elsewhere, they are collectively proud of the conquests and destruction that have come with them. They rub it at every turn. The Rajputs, whose kings died fighting the invaders and whose women were forced to commit “sati”, have been ridiculed so many times. It is exactly this feeling and this state of mind that even a communist poet like Faiz was aiming for when he spoke of smashing idols. He knew it would hit home. He knew that all this bs talk of Ganga-Jamuna Tehzeeb is just for Hindus.

Give them, they were never hypocrites

But it was the Stalinist left that found this too embarrassing. The instructions from the Politburo mass murderers to the “prominent historian” coolies were very simple – even if a Muslim conqueror admits to atrocities, finds ways to repress or distort them. Boy, did they obey!

They wanted to water down and whiten. Why? Because it suited their agenda – that of erasing Hinduism from this land. They wanted us to live in ignorance, in shame of our past, mind and soul completely obliterated of any pride in the past or awareness of truth, so that their imported ideology of violent savagery, mass murder and of serfdom to the despot of Beijing can take His place.

While the Beijing coolie had enough reason to hate Hinduism, the “all-weather, sweeter than honey” alliance their global headquarters signed with jihadist terrorists in Pakistan only added another wing to this strategy.

And to fool the Muslims, they made heroes of barbarians and savages. Because, as I pointed out earlier, their biggest threat is a Muslim who thinks like an Indian and respects Kalam and not Aurangzeb or Tipu. How do you make sure that never happens? Well, fabricating fake heroes and tampering with history.

For corrupt and Fascist Raider Dynasties, this strategy was also useful. After all, a Muslim who thinks like his Hindu brother and votes like him on secular issues cannot be a vote bank. He must live in rage and hatred. Then it can be sequestered, branded as cattle and sold on the political market.

This vicious circle created by the CONLEFT cabal can easily be broken if we as Indians, Hindus and Muslims can force the left to stop lying. Therefore, the Gyanvapi question is not just a Hindu question. It concerns all of us.

When the truth is allowed to be told, the inevitable consequence would be catharsis. Our collective grief can be discussed, tears shed, lessons learned and residues safely consigned to history. Reconciliation also follows inevitably.

We, as a people, can find solutions – maybe let some of these monuments of hate stand as reminders for the future like the Genbaku Dome in Hiroshima. Maybe others can be settled by discussions. But Stalinist mass rapists and murderers and their pseudo-intellectual minions must have no seat at this table – whether they come in liberal masks or otherwise.