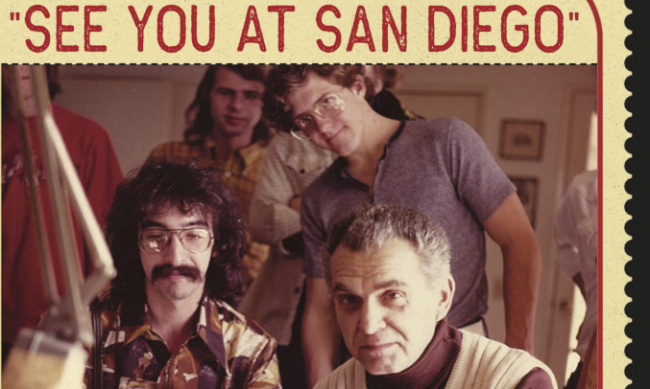 The holiday season is, as they say, just around the corner, especially for folks more diligent than me to start their gift shopping early. So what do publishers have in store for fans and collectors this year? Luckily, there’s no shortage of fun items for every budget.

I recommend that you first watch one of these deluxe editions that I covered in September (see “The luxury edition arms race continues to escalate“), with superb presentations of archival material ranging from Marvel’s Silver Age classics to EC comics to European comic masterpieces.

Here are a few more to consider. 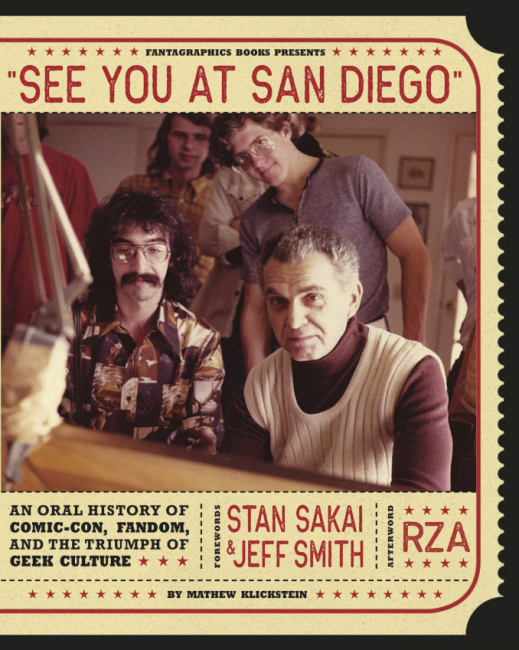 For the “why don’t they do comic jerks like before?” fan. If the fan in your life is old enough to remember the good old days when comic conventions were motley assemblages of freaks and geeks in hotel ballrooms and not giant multimedia extravaganzas, definitely take See you in San Diego, an oral history of San Diego Comic-Con from its inception, by Mathew Klickstein. The book codifies its series of podcasts from the past year, helpfully identifying the several dozen comic book fans, professionals, and interested third parties, and tying together the entire package with a wealth of behind-the-scenes photos and artifacts. Fantagraphics books, $39.99. 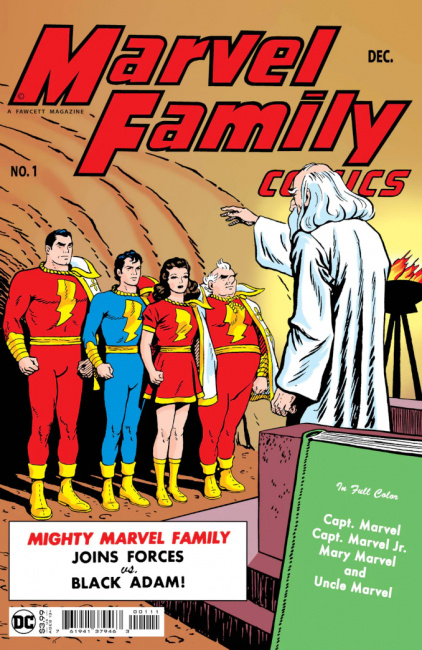 For Black Adam runner-up. In anticipation of the new Black Adam movie, DC has released an affordable facsimile edition of marvel family #1, featuring the 1945 debut of Teth Adam by CC Beck and Otto Binder. Fawcett’s Captain Marvel stories were some of the highlights of the Golden Age, with a charming ability to combine fantasy with grand adventure. Loving the movie or The Rock is absolutely not necessary to enjoy this classic, which should make a nice stocking stuffer. DC Comics, $3.99. 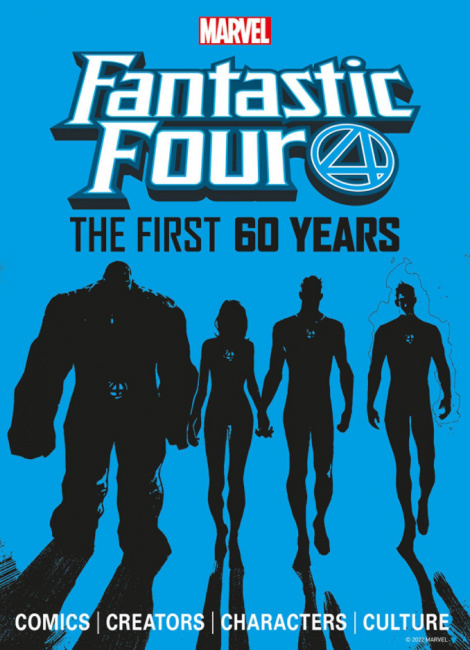 Titan adds to the Marvel Silver Age library with the Fantastic Four retrospective. Marvel Comics has licensed Titan Comics to offer a belated 60th anniversary commemoration of the team that launched the The Marvel era of comics. Fantastic Four: The First 60 Years is a deluxe hardcover that traces Marvel’s first family of superheroic adventurers from the glory days of Jack Kirby and Stan Lee, through the 1980s revival of John Byrne, to the present day. Filled with awesome, behind-the-scenes stories, this hardcover will delight current fans and alumni. Titan Books, $24.99. 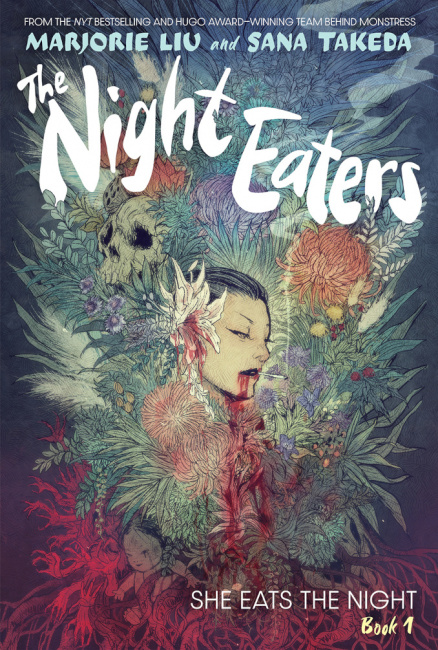 Abrams unites the Freak teams up with the instant classic YA. Marjorie Liu and Sana Takeda lit up the bestseller charts and awards scene with their fantasy adventure series Freak for picture comics. Now they launched another dark fantasy, The Night Eaters Volume 1: She Eats at Night, taking their talents in a whole new direction. This first-generation Asian immigrant family drama takes an eerie twist, with themes that are sure to resonate with teens and readers of all ages. Abrams books, $24.99. 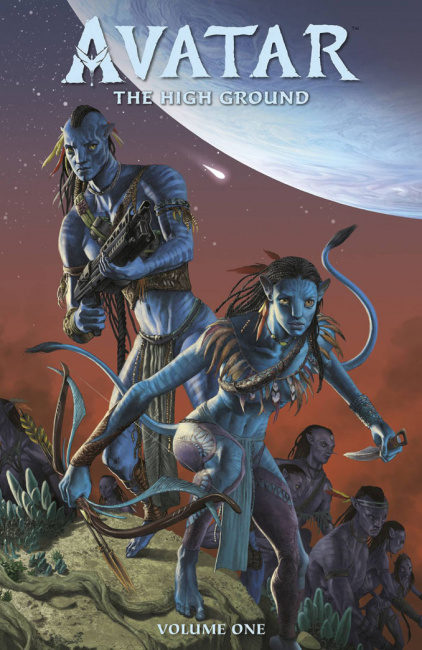 Go big and go blue with Avatar prequel to Dark Horse Books. Does audiences want to return to James Cameron’s 2009 mega blockbuster? Avatar? I guess we’ll find out in a few months when Avatar: The Way of the Water hits theaters. In the meantime, Sherri Smith and Guilherme Balbi have adopted an Avatar prequel storyline from Cameron himself in Avatar: The High Ground Vol. 1, a 90-page graphic album that reopens Pandora’s box (the planet Avatar, understood?) and leads to the new film. Dark Horse Books, $24.99, is slated for release in late November. 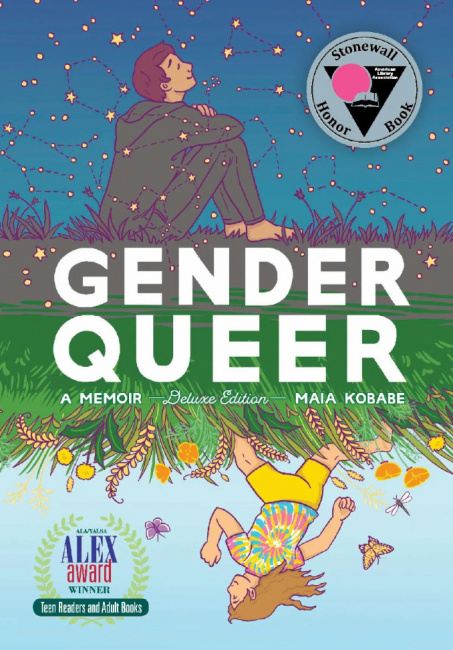 Screw the censors, support Oni Press. Oni Press has struggled this year, especially with its groundbreaking graphic novel Gender Queer by Maia Kobabe land at the center of the culture wars. Well, Oni is still around and continues to publish well-crafted YA works for open-minded readers. The one who might knock home is Dancing on the Volcano, an original graphic novel by Floor De Goede about a cartoonist traveling the world without his boyfriend – a universal tale about the heartbreak of long-distance relationships. Oni press, $29.99.

Support your local artist. Let me end this column with my annual call to give the fan in your life the gift of art. There is no comic without art, and no art without artists who can afford to eat. Conventions, Instagram, Etsy, and your local community are full of artists making great original work, and I’m sure most of them would love to hear from you with your special requests and orders. Be generous, be polite, be patient and be rewarded with something truly unique and special.

I’m sure there are dozens more cool things I missed, but be sure to check them out along with the deluxe editions linked above.

The opinions expressed in this column are solely those of the authors and do not necessarily reflect the views of the ICv2.com editorial team.

Rob Salkowitz (@robsalk) is the author of Comic-Con and the Business of Pop Culture.