From Cookie Monster to feminist reframes, monsters are everywhere 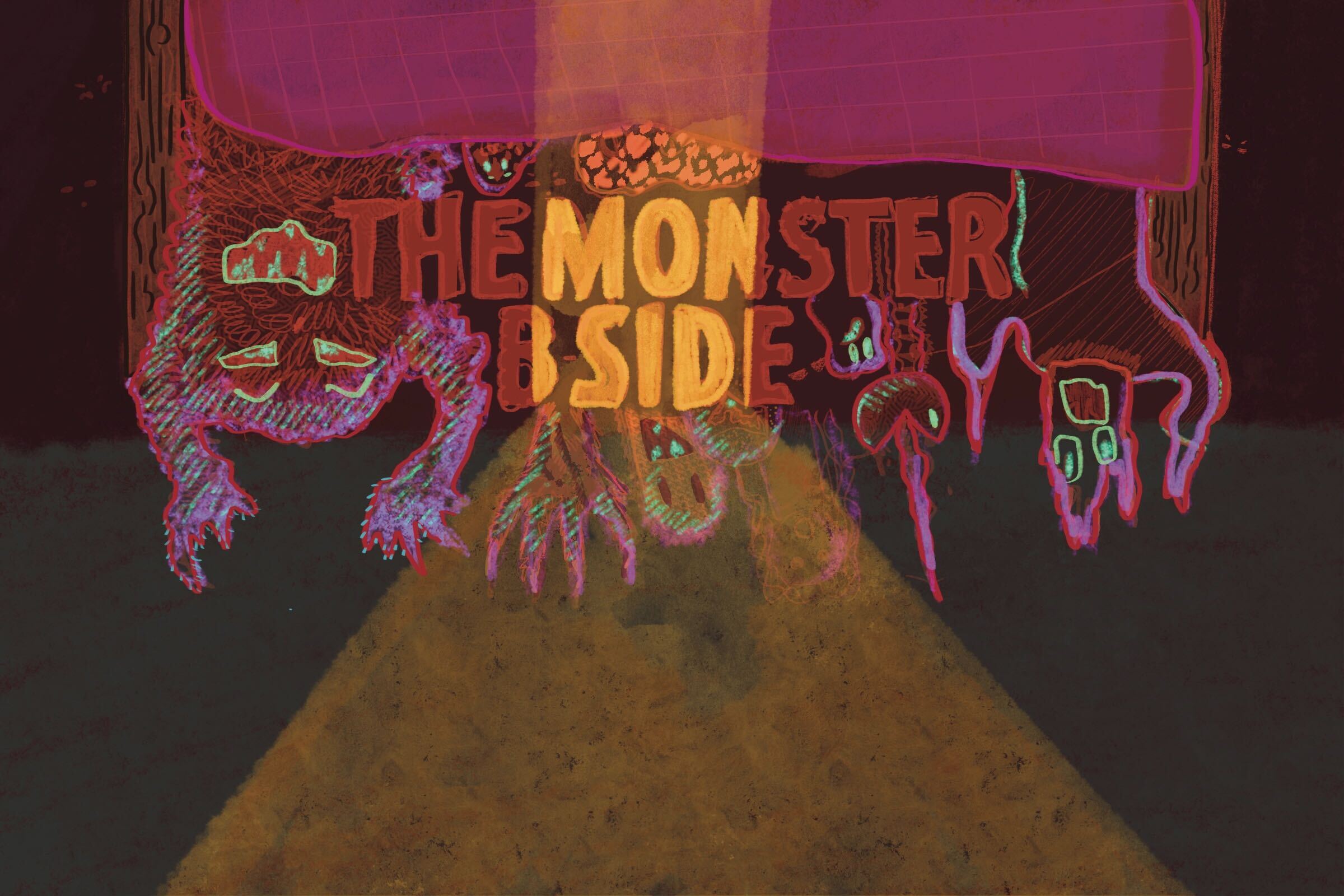 Monsters are born out of our deepest fears and anxieties; they are a reflection of ourselves, as individuals and as members of society. From killer clowns to vampires to poltergeists, we all have a monster that scares us more than most. At this time of year – when, according to myths, the veil between our world and the spirit world is supposed to be thinner than it usually is – monsters are on our minds more than ever. They haunt our Spirit Halloweens, dark closets, basement stairs, and midnights. They remind us that the sanity of the world we live in is tenuous at best and that things lurking in the shadows are never as far away as we think. If I ask you to imagine a monster, what comes to mind? A Victorian ghost, a decrepit zombie, a purple thing that lives under your bed? Or maybe, like the writers of this B-side, are you thinking of Coraline’s other mother, Cookie Monster, Mike and Sully, Carmilla, or even a house itself. Monsters are not a monolith; neither are our feelings about them. This B-side explores our monsters, in all their frightening, inspiring, erotic, out-of-this-world glory.

I reinvented the Five Nights at Freddy’s (FNaF) franchise as a Muppets movie — skipping dinner to do it — and half my friends are worried about me. Hungry and spiraling after staring at Microsoft (MS) Paint for hours, all I had to show for my effort was a madman’s monstrous PNG. How did I get here?

It started as a typo and evolved into a tirade. On a Monday evening in January meant for productivity, I sent a series of absurd images to one of my closest friends from high school. It was a series of parody performances of Freddy Fazbear, the mascot of the Chuck E. Cheese-esque horror series, and he responded with Spoonerism. “Fozzy fredbear,” the message said, and I felt a shiver run down my spine. I opened Google Images, not for the last time that night, and took an image of Fozzie Bear from The Muppets for my answer.

In “Keaton,” lovable, self-absorbed Schmidt (Max Greenfield, “Veronica Mars”) grapples with the loss of two girlfriends by finding solace in deli meats and mayonnaise straight from the jar, as his housemates walk over tiptoe around him in preparation for a Halloween party.

There is probably no fear that has tormented me as intensely or for as long as my fear of “the other mother” in “Coraline”.

This stop-motion animated character from the 2009 children’s film has metallic spider-like hands with knitting needle fingers and a face that is, at first, loving (except for its button eyes), but turns into something quite inhuman. She was the monster I feared was sitting behind me or just around the corner between the ages of 10 and 12. If I wanted to test my emotional stability, I typed the title of the movie on my iPod Touch. Just seeing Coraline herself, who isn’t remotely scary, sent a jolt of fear through my body by association.

Monsters are really just misunderstood beings. Extraterrestrials therefore correspond to my personal definition of “monsters”, because despite our best efforts, we know very little about them. Aliens may be misjudged, their characteristics and personalities unknown, but they clearly make the movies better.

Here are five films – old and new, good and bad – that I think could benefit from the inclusion of aliens.

“The X-Files”, monsters and the fallacy of scientism by Laine Brotherton, Editor of Digital Culture Beat

There is an episode in the third season of “The X-Files” – “Quagmire” – where special agents Fox Mulder (David Duchovny, “Aquarius”) and Dana Scully (Gillian Anderson, “Sex Education”) are in Georgia investigating “Big Blue,” a continental version of the Loch Ness Monster. In the rest of the show’s “Monster of the Week” episodes, there’s always something to hunt – a 200-year-old shapeshifting serial killer who slumbers in 30-year-old installments, a human-flatworm hybrid that inhabits the New Jersey sewer system, a parasitic slug revered by a cult, but “Quagmire” isn’t so open and closed.

I’m not exaggerating in the least when I tell you that I can’t remember a life without “Monsters, Inc.” The film is almost as old as me, and all I remember from my first viewing is that it was my grandfather’s work. Over the years it has introduced my sister and me to many movies, but “Monsters, Inc.” was perhaps its greatest triumph (second only to “High School Musical,” which I initially refused to watch and later adopted as my only personality trait). “Monsters Inc.” the references spice up our daily discourse even when we haven’t done a good and proper rewatch in years. Like my grandfather, “Monsters, Inc.” was always there when I needed him. Even as an adult, I maintain that “Monsters, Inc.” is one of the greatest – a film like no other.

The monster is closer than we think: When a house is more than a home and a reader is more than an observer by Camille Nagy, contributor to the Daily Arts

When most of us think of a monster, we tend to visualize the same stereotypical markers: four-legged beasts and shadow men with blade-like claws, inhuman-sized or formless creatures of the everything from supernatural beings who can kill without moving to those who simply move through the world as if its laws don’t apply to them.

What most of us don’t imagine, however, is a place.

“Sesame Street” was a staple of our entire childhoods, with its easy-going theme song, the familiar Muppets, and the lessons of kindness and compassion the characters taught us all.

And, let’s be honest; everyone had their favorite Muppet. Some liked Oscar the Grouch, thinking his bad temper was funny and his garbage can at home was stupid. Others found Big Bird attractive (but he always scared me a bit). Grover had his always entertaining antics – Super Grover was a big part of my childhood. And who could forget Bert and Ernie? Their dynamic was unparalleled.