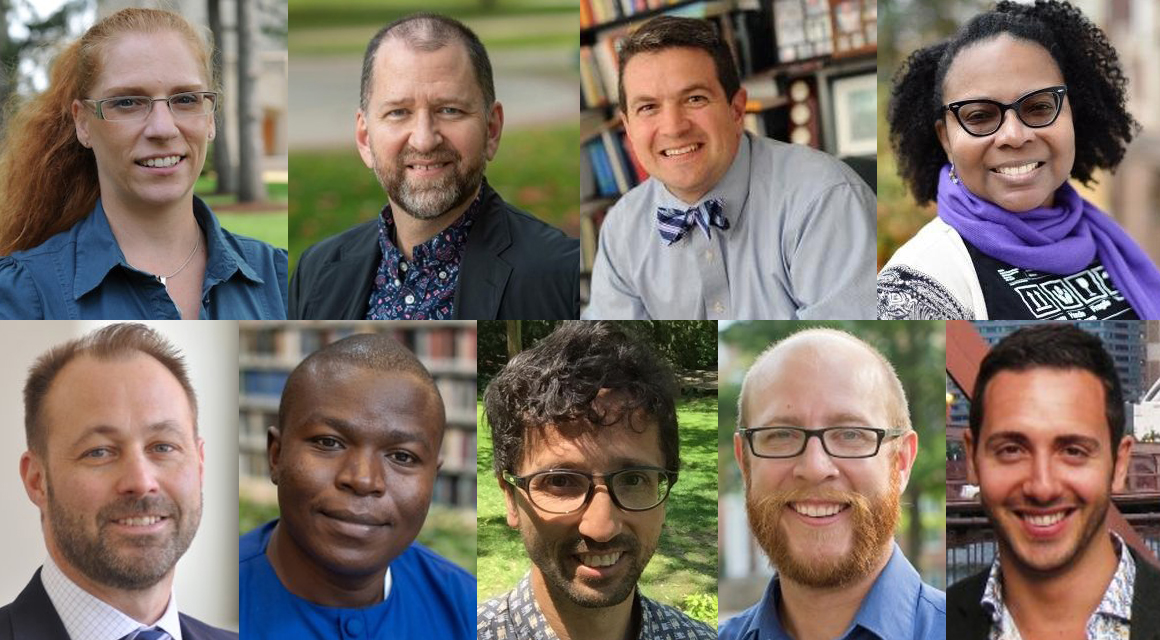 Faculty members put their knowledge into practice so that students and others can benefit. Recently, professors have published research papers with student co-authors and shared their novels and research findings at conferences and events around the world.

ash pole is the faculty director of St. Lawrence’s Sustainability program and order a Second Year Success Initiative seminar and First year program seminar on the sustainability of Chocolate as part of the Chocolate Passport Project. As the Canadian Co-Chair of the IUCN Amphibian Specialist Group and a member of the Independent Advisory Committee of the Amphibians and Reptiles Subcommittee of the Committee on the Status of Endangered Wildlife in Canada, her research has informed national policy and international.

collins is an original member of global studies department in Saint-Laurent. Her coursework focuses on the themes of globalization, nationalism, colonialism, violence, memory, political activism and media criticism. Among the courses he regularly teaches at St. Lawrence are Theories of World Cultural Studies, World Palestine, and Blogging the Globe: News Analysis and Investigative Journalism.

Visiting Assistant Professor of World languages, cultures and media and co-coordinator of the Caribbean, Latin American and Latin American Studies Rafael Castillo Bejarano presented his communication during the first Early Modern Hispanic Studies Symposium at Hobart and William Smith colleges. The article, “‘Sino mostrar creído’: Retórica de la sinceridad en la poesía del Conde de Villamediana”, analyzes the “anti-rhetoric” used by Juan de Tassis y Peralta, Count of Villamediana to forge through his poetry the image of a sincere and authentic courtier according to the palatial codes of his time.

Assistant instructor for the First year program Ryan Deuel presented his papers, “The Culture of Self-Care in International Education” and “International Higher Education in the Age of Global Reason: A Post-Structural Perspectiveat the 2022 American Educational Research Conference in San Diego, California.

Deuel’s research interests include the discourse, policies and practices of international higher education. He has published his research in journals Globalization, societies and education; Higher education policyand Discourse: studies on the cultural policies of education. Deuel holds a Ph.D. from the Department of Integrated Studies in Education at McGill University and an MA in History from Kent State University. He currently teaches in the freshman program and has taught as an adjunct instructor at St. Lawrence University in the Education, Englishand APC departments.

Associate Professor of Environmental studies Peter Pettengill published an article in the International Journal of Wilderness with Roisin Creedon-Carey ’24 and Sage Lalor ’24. The article, which discusses the importance of human connections with nature for well-being, includes the student co-authors’ description of the transformative nature of Adirondack Semester during the global COVID-19 pandemic. The article is copyrighted and accessible only by subscription.

Pettengill worked for the National Park Service and the Bureau of Land Management and conducted fieldwork in Acadia, Grand Canyon, Yosemite, and Zion National Parks. He holds a doctorate. in natural resources from the University of Vermont, a master’s degree in environmental law from Vermont Law School, and a bachelor’s degree in environmental and resource economics from the University of New Hampshire.

SchremsResearch interests include the history of Native American, European, and African diaspora and American colonization. She has taught courses in Native American history, colonial British America, African American and Adirondack history. Schrems is currently working on a piece for Humanities NY for its Land, Liberty and Loss project and has a doctorate in history from Boston University.

Throughout his career, Schuckers has received funding from the US National Science Foundation, the US Department of Defense and the US Department of Homeland Security. He has done sports analysis work for a Major League Baseball team, a National Hockey League team, and other sports organizations. Schuckers is author and co-editor of Quantitative and Mathematics Support Centers: A Handbook for Directors of Quantitative and Mathematics Support Centers. Among the courses he regularly teaches at St. Lawrence are applied statistics, probability, mathematical statistics, and statistical methods of data collection.

Simiyu is an elementary Swahili teacher at St. Lawrence. He holds a Bachelor of Arts in Education and a Master of Arts in Swahili Studies from Kenyatta University, Nairobi, Kenya. He is currently pursuing a doctorate. in Swahili Studies and taught Swahili for eight years at the secondary and university levels. Simiyu has published scholarly articles, is an ardent researcher in Swahili language, literature and culture, and is an expert in translation.