Florida’s ‘Shark Lady’ is now on a Forever stamp 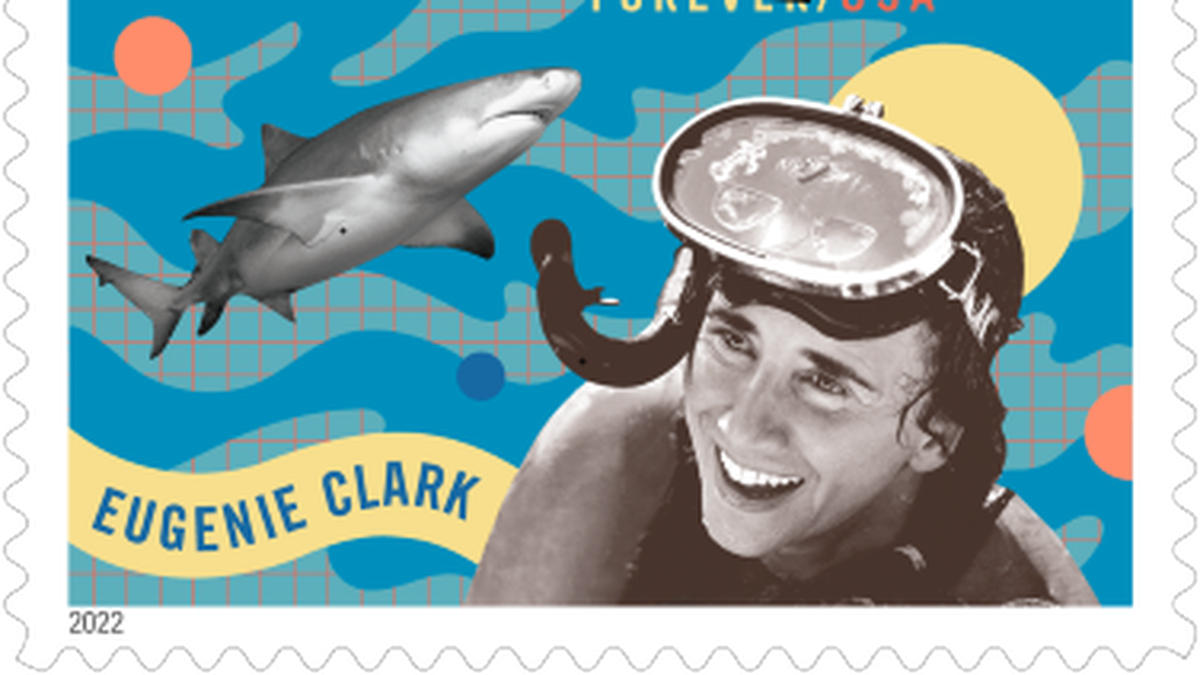 Eugenie Clark once called back how, as a hypnotized child, she felt “completely attached” to a shark she saw swimming in a New York aquarium.

“I just felt: If only I could be in the water with a shark“Clark, then 83, told a Tampa Bay Weather journalist in 2006.

Decades after that encounter, Clark – a prolific scientist, writer and teacher who changed the way people understand fish – will be commemorated alongside a shark on a US Postal Service stamp.

Unveiled on Wednesday, the blue, orange and yellow Forever stamp features side-by-side images: one of a young Clark, smiling while snorkeling, and the other of a lemon shark.

“One of the purposes of the Postal Service stamp program is to celebrate the people who represent the best of our nation, and Eugenie Clark – I should say Dr. Clark or the ‘Shark Lady’ – certainly deserves that recognition,” said said Angela Curtis. , vice president of delivery operations for the Postal Service, in a statement. “She was a brilliant scientist whose groundbreaking work contributed to our understanding of sharks and marine environments.”

Clark, who died in 2015 at the age of 92, helped found the research facility that became the Mote Marine Laboratory & Aquarium in Sarasota. She traveled the world studying fish, wrote books and articles, and acted as both an investigator and an advocate for her beloved sharks.

People called her the “lady of the sharks”.

In 2006, Clark told the Time she loved puzzles, especially those that revolved around fish. But his legacy extends beyond scientific discoveries. Clark was an Asian-American woman who forged her way into a field that, at the time, wasn’t raising many people like her.

Clark’s daughter, Aya Konstantinou, said in the Postal Service statement that her family was thrilled to see “Grandma Genie” celebrated.

“Her work as an ichthyologist was groundbreaking in proving that sharks are intelligent, and she was a trailblazer for female scientists, researchers and divers,” Konstantinou said. “We are so proud of her legacy as an Asian-American woman, teacher, scientist – and most importantly – grandmother.”

A Postal Service spokesperson said the agency had printed 18 million stamps for sale across the country.