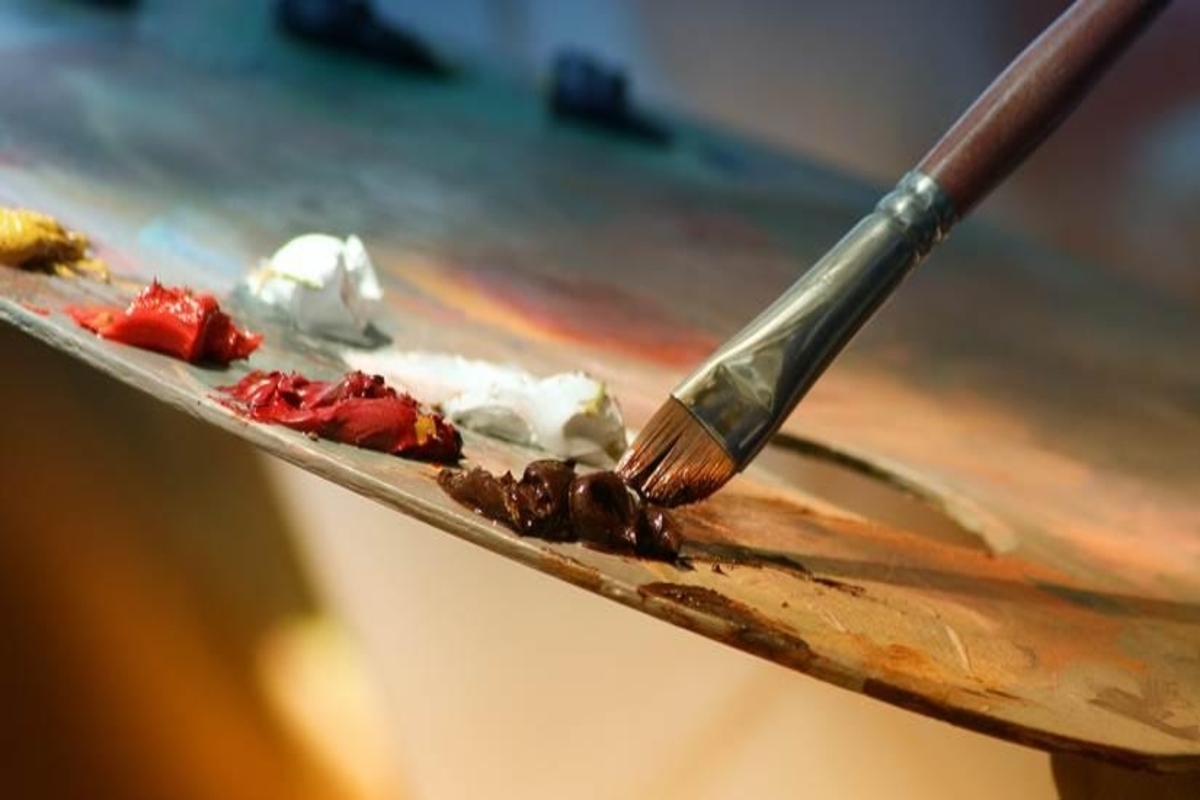 People all over the world have long been fascinated by Indian art and culture. However, the 20th century was the one that truly defined and propelled India’s visual identity into the modern world. The worldwide acclaim enjoyed by Indian art today is a result of the tireless creativity pursued by highly talented artists of the time. These artists shaped the narrative of Indian art and brought it to the world stage by constantly experimenting and evolving throughout their careers. Here are some of the artists who have made significant contribution to Indian art and who are well known worldwide.

Rabindranath Tagore, the first Asian and Indian to win the prestigious Nobel Prize for his great English composition “Geetanjali”, is widely regarded as the most important Indian artist in the world. Rabindranath Tagore’s contribution to art was multifaceted, as he was a poet, songwriter, novelist, essayist and painter. His ideas and thoughts, as a patriot and talisman of national pride, helped shape the narrative of modern India. Despite the fact that he started painting at the age of 60, his awareness and desire for visual beauty was inherent and he experimented with various visual expressions.

Known as “one of the most important female artists of the early 20th century avant-garde”, Amrita Sher-Gil changed the course of modern Indian art, both literally and metaphorically. Sher-Gil enrolled at the prestigious Ecole Nationale des Beaux Arts in Paris at the age of sixteen. She was destined for extraordinary fame and glory after creating the seminal work entitled “Young Girls”, which won her many accolades, including a gold medal at the Grand Salon in Paris. She was also the youngest and only Asian member of the Salon at the time. When she returned to India in 1934, she said, “I can only paint in India”. Picasso, Matisse and Braque belong to Europe. “India belongs only to me.” Even after decades, it remains the pinnacle of Indian art.

MF Husain was instrumental in introducing modern Indian art to a global audience. He was at the forefront of the modernist movement and had a constant influence on the early artistic evolution of India. MF Husain began exhibiting his work outside India in the 1950s and traveled extensively abroad. By the end of that decade, he had achieved international acclaim as an artist and had become known around the world for his art and his philosophy. When invited to exhibit with Pablo Picasso at the So Paulo Biennale in 1971, he was inspired by the latter’s anti-war painting Guernica (1937) to depict the moral battle between the Kauravas and the Pandavas in the Mahabharata. Husain was also a poet, writer and film enthusiast. His 1967 film “Through the Eyes of a Painter” won National and Golden Bear awards at the Berlin International Film Festival.

Francis Newton Souza, a founding member of the Progressive Artists’ Group, was one of the first post-independence Indian painters to establish the reputation of modern Indian art in the Western world. He moved to London in 1949 and rose to prominence in 1954 with the publication of his autobiographical essay, “Nirvana of a Maggot”, in Encounter magazine. When his first solo exhibition at Gallery One in London completely sold out in 1960, the floodgates of success opened for him and he never looked back. Souza moved to New York after receiving the International Guggenheim Prize, the highest monetary honor given in the arts at the time. Souza’s works can be found in a variety of important museum collections, including the British Museum, the Tate Gallery and the Victoria and Albert Museum in London.

VS Gaitonde’s works have appeared in dozens of group exhibitions around the world, making him an iconic modernist and arguably India’s most important abstractionist. His deeply meditative works, inspired by Zen Buddhism and other philosophies, have regularly set auction records. In 2014, the Solomon R. Guggenheim Museum in New York honored his international reputation as a legendary Indian modernist with a major retrospective titled “VS Gaitonde: Painting as Process, Painting as Life”. In 2015, the exhibition traveled to the Peggy Guggenheim Museum in Venice.