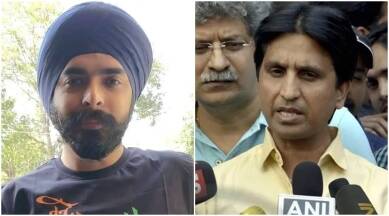 New Delhi: Former party leader Aam Aadmi and famous Hindi poet Kumar Vishwas has gotten big relief from the Punjab-Haryana High Court. The court quashed the Punjab Police FIR filed against him. Kumar Vishwas was arrested in Rupnagar for allegedly making provocative statements against Aam Aadmi party leader Arvind Kejriwal on April 12 this year, just before the Punjab Assembly elections. He was accused of creating an enmity based on religion and race.

After this court ruling, Kumar Vishwas tweeted and wrote that as soon as the government was formed, Punjab Police sent to my home by the insecure confessed dwarf after registering FIR against me, Punjab High Court today dismissed the FIR baseless today. Thanks to justice and to those who love me. One more advice to dear Anuj @BhagwantMann to save Punjab self respect from dwarf eyes.

So, at the same time, Tejinder Pal Singh Bagga also reacted by tweeting and wrote that the slap of the Punjab High Court on the face of Arvind Kejriwal. The FIR against me was dismissed as false.