Everardo Napay: Portrait of the Bicolano as an artist 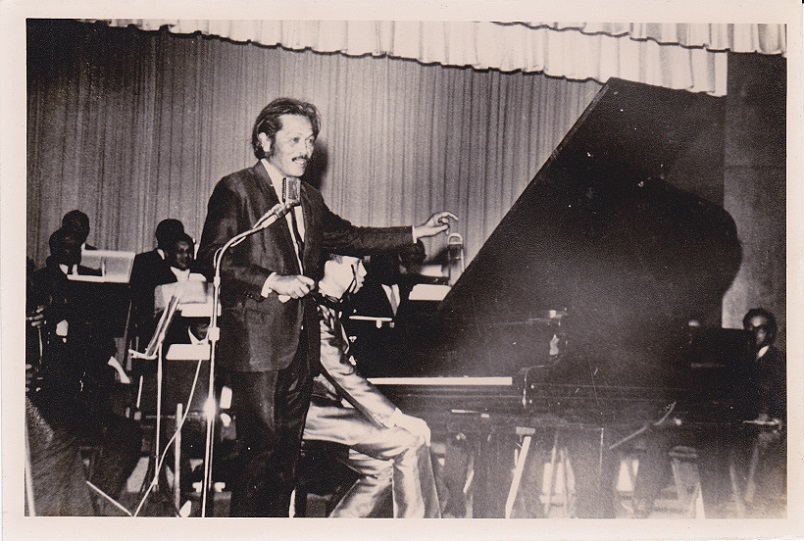 I met him in Bicol in 1974 and watched his Bicol zarzuela, Burac Sa Jardin Ning Pagkamoot (Flower in the Garden of Love) the same year.

In 1975, we both watched 14-year-old Cécile Licad for the first time at St. Agnes School in Legazpi City. That night, I saw him leave the hall and walk around the school garden, looking at the flowers while being delighted by the music. “Listening to him play the piano, he confided later, I felt the need to get lost in another world. In this garden, the sound of the piano mingled with the flowers and I thought I saw them swaying and blooming with the music.

What he said was that he was transfixed by this performance and that he preferred to listen to the music outside the concert hall. He couldn’t believe it was coming from a 14-year-old pianist.

When we last met in Albay in the late 90s, a year before he died, he let something slip. “Pablo, you brought Cecile (Licad) to Cebu, Dumaguete, Baguio City, Bacolod and God knows where else and you forgot Albay.”

Then he showed me his picture with the then young Licad at a picnic on a beach in Albay in the mid-70s. Then I saw tears in his eyes. In this meeting, it has been 25 years since he last heard the pianist.

Napay died in 1997. That year I decided to put on his last Licad concert in Albay.

I had Napay in mind every time I set up series of concerts in the provinces, especially in Iloilo City.

In a full reminiscence of writer and poet Albayano Raffi Banzuela, I discovered that Napay was actually born in Iloilo City on February 24, 1924, had kindergarten classes at the University of San Agustin and part of the primary school at Baluarte Elementary School.

I was declared an honorary citizen of the city of Iloilo last October.

Reflecting on a 20-year friendship with Napay, I have just realized that we really are kasimanwas (roommates) in the Ilonggo sense of the word.

His father, cellist Juanito Miranda Napay, was a member of the Lopez String Quartet of Iloilo City, one of the pioneer string ensembles in the country. His mother, Josefina Grageda Nery, was a music teacher. At the age of four, he asked his father to teach him to play the violin. In turn, he asks his mother to introduce him to the piano.

Napay is the embodiment of the Bicolano renaissance man.

During his elementary school years in Iloilo, he showed an unusual talent for music and drawing.

While at the Paco Catholic School in Manila where the family later moved, Napay enjoyed cutting classes as he fell in love with plays.

Banzuela’s account further stated that he would secretly go to his father’s office and poring over the latter’s books on architecture and theater. These books provided her with ideas for writing, drawing, painting, and doing other forms of art.

When war broke out in 1941, young Napay joined the anti-Japanese forces at Camalig, Albay and was given the rank of second lieutenant in the Sandico guerrilla unit. Even as the war raged, Napay – who was born in Iloilo – found time to reintegrate Bicol as a language, its grammar and spelling as used in different parts of the Bicol region.

He was a practicing architect for 40 years with over 68 houses and monuments he designed in Albay and neighboring provinces to his credit.

Previously, he was a draftsman in the offices of Don Luis Araneta & Gabriel Formoso and Leandro Locsin and Associates, among others.

In 1993, he was elevated to the United Architects of the Philippines (UAP) College of Fellows for his notable contribution to the architectural profession.

On the other hand, he was the composer of several original Bicol songs and a Bicol zarzuela personally watched in Legazpi City. He also won the Bicol songwriting competition also in the mid 70s. He was also a playwright, author of several Bicol compositions and taught humanities at Bicol University and Aquinas University (today UST Legazpi).

Banzuela history revealed that Napay erected monuments for Bicol heroes, carved liturgical icons and a musical director of zarzuelas staged in Camalig, Albay, where a zarzuela composer named Justino Nuyda has eight zarzuelas in its active. He was an avid collector of Bicol songs.

In the late 1950s, he was bandleader of the hugely popular Mayon Swing Band with his father at Legazpi Garden, a favorite watering hole of music-loving Albayanos. The place is where Albay Astrodome is now.

Banzuela also noted that Napay was also one of the founders of the Bicol chamber music ensemble and the short-lived Bicol Symphony Orchestra which accompanied recitalists at St. Agnes Academy. The orchestra once performed Gershwin’s Rhapsody in Blue.

Musicologist Ruby Salazar-Sirirattanont noted this in her piece Mga Kantang Bikolnon. “Napay comes from a family of musicians and artists. Although a musician, Napay still found the time to do extensive research on the history and culture of Bikol. It also maintained a steady output of literary works and musical compositions, including Bikol zarzuelas and liturgical music. Among them, “Tara Kagurangnan Maria”, “Mayon”, “Kun Dai Nin Burak” and “Poon Pagkahiling” are among the most notable of this Mga Kantang Bikolnon. (Ruby Salazar-Sirirattanont, Mga Kantang Bikolnon (Bangkok, Thailand: PS Service Center, 1986) vi.

Among the zarzuelas Napay wrote, Dr. Ma. Lilia F. Realubit, (1931-2017) scholar, writer, foremost Bikolista, wrote: “Napay’s characters are coherent and well delineated. None of his characters indicate static qualities, but all are restless seekers of love and change. The happy and carefree strain is best seen in the character of Napay himself. Here is a man of many talents. An architect and sculptor with remarkable achievements, he is also a musician, singer, playwright, designer, choreographer and director. But the clue to his happy state of mind and that of many other Bicol playwrights, he says, is in people’s happy way of life. The land is rich and fertile; there is no reason for him to starve or be unhappy.

Banzuela noted Napay’s death in 1997 thus: “He just passed out – a tough act for all he did, for a jolly fellow that he was.”