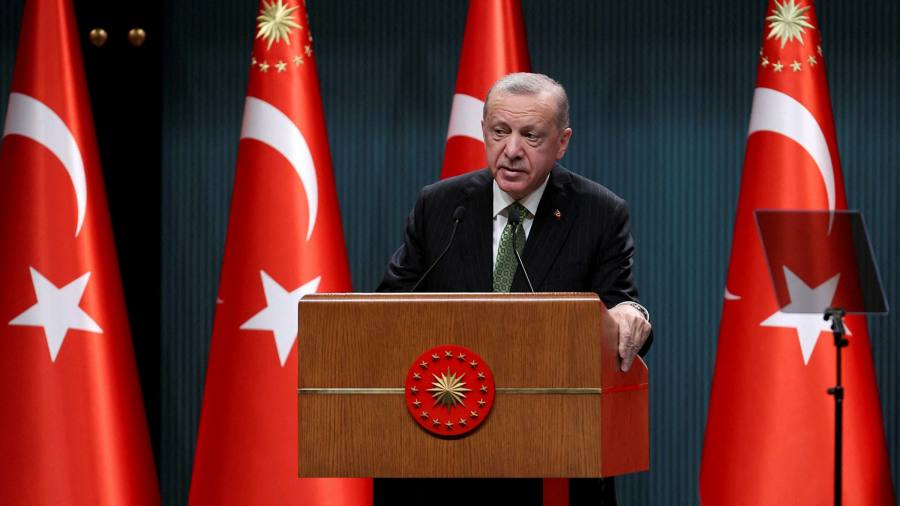 For decades, Turks have had to put up with bad jokes involving the bird commonly eaten at Christmas and Thanksgiving around the world. But President Recep Tayyip Erdoğan and his top officials are hoping a name change will put an end to that era.

A request submitted to the UN last week by the country’s foreign minister called for the nation to henceforth be known as “Türkiye” – pronounced “tooh-key-eh”. It was immediately accepted by the UN, and Ankara is now asking governments around the world to do the same.

The move is part of a long-standing effort by Erdoğan to improve his nation’s image on the world stage – and bask in the glory reflected back home. Speaking last year, when his officials first floated the idea publicly, Erdoğan said Turkey was “the best representation and expression of the culture, civilization and values ​​of the Turkish people”.

There are definitive records of people who called themselves Turks dating back to the 6th century AD. Chaucer, the English medieval poet, referred to a land called Turkey in his poem “The Book of the Duchess”, composed around 1370. For much of the last millennium, however, the land where the Turks lived was part of the Ottoman Empire. It officially became known as Türkiye Cumhuriyeti (Republic of Turkey) in 1923, when the modern state was founded by Mustafa Kemal Atatürk.

It is unclear why it ended up sharing an English name with the bird known in Latin as Meleagris. Scholars have suggested this may be because the fowl, originating in the Americas, was shipped to England by merchants from Constantinople and became known as the turkey cock.

The word has also come to connote failure in English, as highlighted in an article published last year by state media group TRT World which argued for a name change.

The initiative has divided Turkish observers. Ayşe Zarakol, professor of international relations at the University of Cambridge, believes that most Turks would “in principle” welcome a new nomenclature. “It’s not so easy to travel as a person from Turkey to Europe or the United States,” she said, adding that she frequently encountered ignorance and Orientalist tropes about her nation. of 85 million inhabitants. Sharing her name with the bird didn’t help matters, she added.

Yet the decision received little attention in the Turkish media or in political debate, with the opposition focusing on soaring inflation, growing public dissatisfaction with refugees and the upcoming elections. take place before June 2023.

Ünal Çeviköz, a former diplomat and senior Republican People’s Party (CHP) official, said the move was a top-down initiative with little relevance. “Nobody talks about it because they don’t take it seriously, it doesn’t matter,” Çeviköz said. He suspects that Turkey will fail in its efforts to persuade governments and people around the world to adopt it.

Richard Coates, emeritus professor of onomastics – the scientific study of names – at the University of the West of England, said he expected the new name to be widely adopted. “More broadly, you might see it as part of the current decolonization trend,” he said. “If you want to position yourself as being in tune with the current political dynamics, you will accept the new mandate.”

He added: “I think the fundamental problem is one of politeness. If you say you want to be called X, it’s rude of me to call you anything else.

There’s a long history of countries seeking a name change, from Persia becoming Iran in 1935 to the Dutch government’s decision in 2019 to stop describing the Netherlands as Holland. Burma became Myanmar at the behest of the country’s military junta in 1989 and Swaziland became Eswatini in 2018.

Foreign embassies in Ankara, some of which have already received an official request for a name change, are in the process of consulting their capitals to decide whether or not to start referring to Türkiye instead of Turkey.

Dutch Prime Minister Mark Rutte was one of the first to adopt the new name at a press conference alongside Erdoğan in March. A Spanish official said his country would use Türkiye in English but stick to “Turquía” in Spanish – just like Turkish speakers use İspanya for Spain rather than España.

Observers have pointed out that a double standard exists in Turkey even as it stresses the need for nations to determine their own names. In Turkish, the name India (Hindistan) roughly translates to “land of turkeys”. Egypt is called Mısır, which also means corn in Turkish.

Nobel laureate Orhan Pamuk, widely regarded as Turkey’s greatest living writer, told the Financial Times he approved of the government’s push for a name change. “Now, after this decision, when English speakers say Türkiye, they will no longer think of this bird that is eaten at Christmas. I’m very happy about it,” he said. But he joked: “I hope the Indian government won’t say ‘My God, don’t let the Turks think we’re a bird’ and change its name.”