Director Frances O’Connor on casting Emma Mackey in ‘Emily’: ‘She just blew me away in the room’ | Features 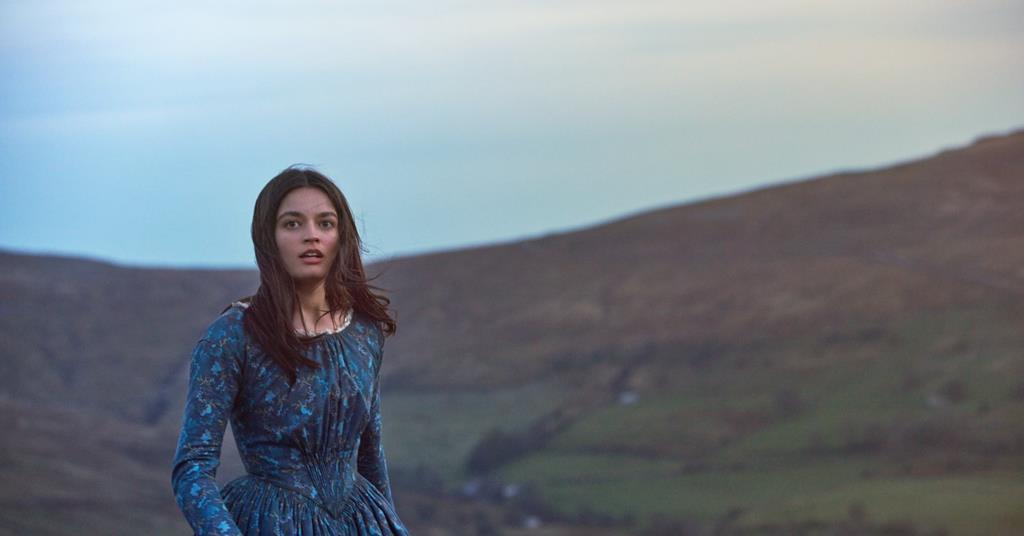 The film was financed through a UK distribution deal with Warner Bros for the UK and a series of pre-sales through Embankment Films. Ingenious provided additional funding and there was support from the UK Tax Credit as well as Tempo/BeaglePug Films, with additional investment from Automatik and Spitfire for music publishing. Bleecker Street distributes in the United States and Sphere in Canada.

What made you want to tell this story?

I’ve always loved Emily Brontë and I think she’s quite an intriguing character. She was introverted, she was socially awkward, and yet she wrote one of the greatest pieces of literature. The juxtaposition of those two things was really interesting. I just thought there might be a great story in there about how you find your voice and how do you authentically maintain who you are when you don’t see that reflected in you? It was my starting point.

When and where did you shoot?

We filmed it towards the end of the second lockdown in April last year. We toured for six weeks and then edited over the summer. There was a delay with the mix because of Covid and people’s schedules. We filmed a little north of Haworth in Yorkshire, where the Brontes grew up. It’s very wild and rugged up there, the pristine Yorkshire Dales. We thought that was better because if you turn in Haworth there are a lot of telephone wires.

No, partly because we were shooting in the middle of nowhere and it was impossible for people to go home. We were very lucky as no one had Covid. Our DP Nanu Segal tested positive on day three and it was a false positive. Other than that, we were very lucky. We shot for 34 days, with some six-day weeks.

Emma Mackey is great in the lead

Yeah, she was one of the first people to read for it and she just blew me away in the room. There’s just something about her. Like Emily, she is very authentic as a person. She’s a very bright girl. I really felt like she liked Emily Brontë too. And she went to college in Leeds and she knows that area. The way this character is written, it’s quite a big arc as far as where she starts and then comes into her power and writes the novel. I thought Emma was going through this really beautifully.

How has your acting experience influenced your approach to directing?

It’s really important to create a space for the actors where they feel very comfortable and valued. From there, I think you can get great storytelling. So we worked a lot in rehearsal every morning just to get them out of their heads. We sang church hymns and then improvised a lot. We had about two weeks and [the cast] all of them stayed together in this big old house in the countryside, so it all contributed to the fact that you can feel their connection.

Were you the actor who always received directing advice on set?

When I started, I was so in love with acting that I really couldn’t see anything more than that. [Over time] I was the person around the monitor asking, “What lens are you on?” I was a bit surprised how different it is when you’re on the other side of the camera. It’s a totally different thing, but a great thing. I love it. It’s really creative in a way that’s different from acting.

Are there directors who have helped or influenced you?

I have a lot of director friends, like Tom Shankland, who directed missing. He watched some movie clippings, which was really helpful. And my best friend from Australia [Daina Reid] directed [episodes of] The Handmaid’s Taleand plenty of high-end television. She watched a cut of the film and Oliver Parker helped her. I have a lot of very close friends who have been directing for a long time and they have really helped give me feedback.

Is the theatrical experience important to you?

I grew up going to the movies so to me, I feel like that’s how we watch movies. I think it’s great that people can access movies by watching them at home, but I really think this particular movie lends itself to the cinema.

How did you find it as a female designer – any particular challenges?

Whether you’re a man or a woman, directing your first feature film and making people believe you can do the job is a challenge. I don’t know if my gender played a role in some people saying, “We’re not going to support you” or “We’re going to support you”, I’m not sure. I think it’s a pretty exciting time. There are so many really good writer-directors coming in now and it feels pretty diverse. It looks like a positive moment. It’s going to take a little longer, but it really feels like there’s been an acceleration over the past two years.

Do you want to lead again? And after?

Yes, I love the process and especially the editing, which is so interesting and fun. I’ve written my next thing and I’m just working with my story editor. I’m trying to get this in shape over the summer.