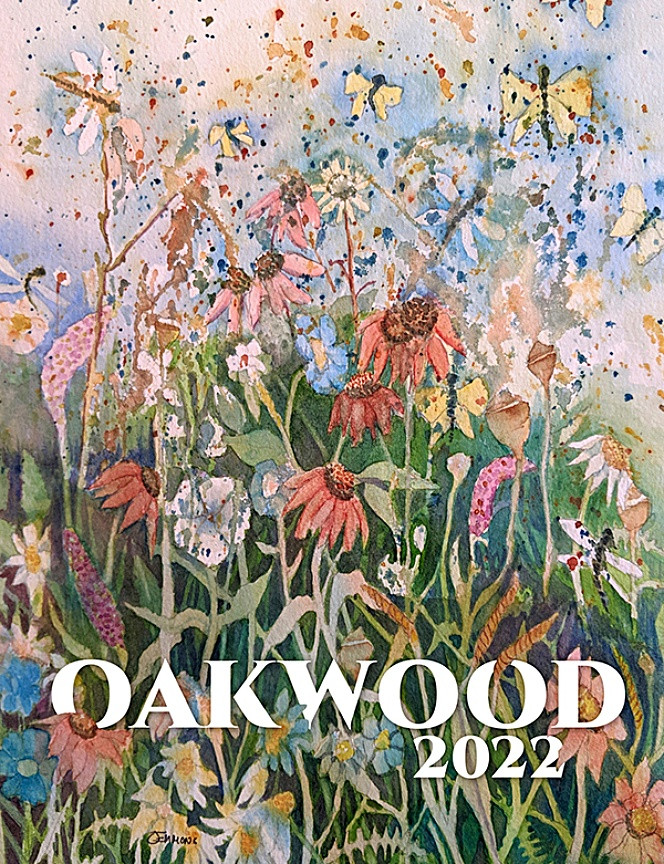 This event, free and open to the public, features authors and poets from across South Dakota, in person and virtually. It starts at 7:00 p.m. and includes a reception. The event will be simulcast on Zoom (https://sdstate.zoom.us/s/98230408754). Attendees can be among the first to pick up a free copy of the magazine at the event, which is sponsored by the Department of English and Interdisciplinary Studies and Briggs Library.

Originally founded as a regional journal, “Oakwood” spent several years as a place primarily for SDSU students before gradually returning to its roots. It now publishes works by writers and artists from the greater Northern Great Plains region – South Dakota and the states bordering it. “Oakwood” not only publishes contributors who live here now, but also those whose work has been significantly shaped by life in this area.

“The expansion of Oakwood’s geographic reach has gone as well as I had hoped when I began the process with the 2017 issue,” said Steven Wingate, SDSU Associate Professor, Editor-in-Chief. and “Oakwood” editor and creative writing coordinator. “As we generate greater awareness of the journal, we get contributions from everywhere that contribute to – and reflect – the literary life of this region.”

While “Oakwood” has expanded its reach to include contributors at all stages of their careers, it remains an educational tool at SDSU. The magazine offers students the opportunity to not only publish their work, but also gain experience in the publishing field through independent study courses. Student editors choose much of the material submitted for an issue and help with editing, layout, and publicity.

“We plan to keep the student presence at ‘Oakwood’ alive and kicking,” Wingate said. “Through the administration of our department and the College of Arts, Humanities, and Social Sciences, as well as donors who are invested in keeping Oakwood alive, we are able to give SDSU students hands-on experience which rivals what they can get in much larger programs.

“It’s easy for a literary magazine to say its current issue is the best ever, but when I look at our list of contributors, it’s hard to deny.” Wingate continued. “Outstanding contributors from across the region are discovering ‘Oakwood’ and want to be a part of it.”