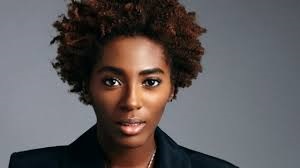 Yrsa Daley-Ward is an English writer, model and actress. She is known for her first book, Bone, as well as for her spoken word poetry and for being an “Instagram poet”. His memoir, The Terrible, was published in 2018, and in 2019 it won the PEN/Ackerley Prize. She also co-wrote Black Is King, Beyoncé’s musical film and visual album, which also serves as a visual companion to the 2019 album The Lion King: The Gift.

life and career
Yrsa Daley-Ward was born to a Jamaican mother and a Nigerian father in Chorley, Lancashire, northern England, where she grew up with her grandparents, who were devout Seventh-day Adventists .

In her late teens and early twenties, Daley-Ward was a model, “working for brands including Apple, Topshop, Estée Lauder, and Nike.” Looking for better opportunities, she found the money to buy a ticket to South Africa, where she eventually lived for three years, and said: “What attracted me to South Africa was is that the models look like me and there is so much more diversity”.

In her mid-20s, she began performing and gaining recognition for her poetry in Cape Town, South Africa, while also working as a model. Shortly after returning to London in 2012, she was invited back to South Africa to work alongside the British Council headlining two poetry festivals in Johannesburg.

Daley-Ward was later listed as one of the top five writers to watch by Company Magazine.

Daley-Ward is known for her poems and writings on topics such as identity, race, mental health, and femininity. She is also known for her vocals on the topics of depression and for her poem titled “Mental Health”, which was published in her book Bone. First self-published in 2014, then published by Penguin Books in 2017 with additional poems and an introductory essay by Kiese Laymon, Bone was described by Hanif Abdurraqib in The Atlantic as an “impressive debut” that “honestly delves into a writer’s life, not just presenting the pain, but also showing a person going through it.”

While she is now best known for her poetry, both written and spoken, before releasing Bone in 2014, she released a short story book called On Snakes and Other Stories in 2013.

Daley-Ward has used social media platforms such as Instagram and Twitter to promote her work and connect with her fans. She also made an appearance on a TEDx Talk with her Your Stories and You talk.

In her writing, Daley-Ward is known for openly discussing her relationships with women and has even become a poster child for the LGBTQ+ community, but she refuses to make her sexuality a big deal. She says her poems are for people of all sexual preferences.

Daley-Ward is reported to have said, “If you’re scared to write it, that’s a good sign. I guess you know you’re writing the truth when you’re terrified”. In an interview with ELLE, she talks openly about her past and struggles through her own journey to develop thicker skin in the face of criticism.

In June 2018 his new book The Terrible was published, a coming-of-age memoir which The Evening Standard called “a rare combination of literary brilliance, originality of voice and a narrative that commands you to keep going until you reach the last page”, while the Sunday Times reviewer described Daley-Ward as “an elegant writer, as well as an unusual voice”. In the same month, Daley-Ward discussed her life on BBC Radio Four’s Woman’s Hour and read her poem ‘Poetry’ In 2019, The Terrible won the PEN/Ackerley Prize.

Daley-Ward co-wrote Black Is King, Beyoncé’s musical film and visual album, which serves as a visual companion to 2019 album The Lion King: The Gift. Daley-Ward’s work has appeared in numerous publications around the world, including Vogue, Elle, Harper’s Bazaar, Dazed, Playboy and Notion. She also contributed to the 2019 anthology New Daughters of Africa, edited by Margaret Busby.