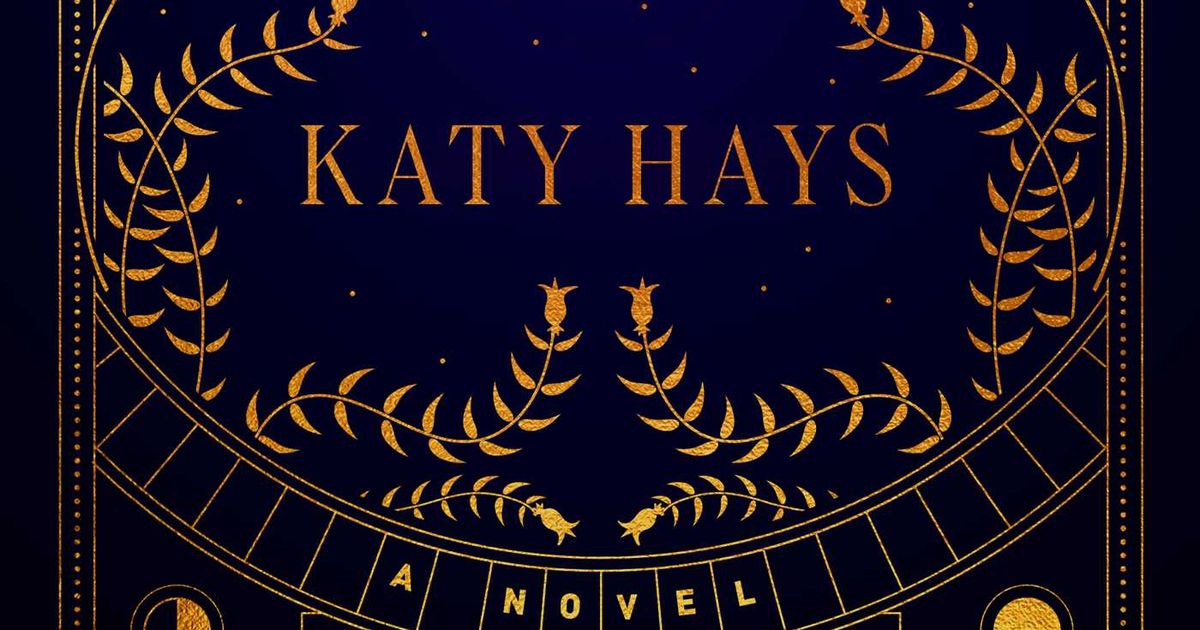 November brings historical fiction, romance, tears and books to keep you laughing. Best-selling authors Michael Connelly and Anthony Horowitz both have something new to get the pulse racing this month — just enough to combat that post-Thanksgiving turkey tryptophan rush.

“The Cloisters,by Katy Hays (Atria, Nov. 1): Upper Manhattan’s Medieval Museum filled with Gothic arches and stained glass windows provides an atmospheric setting for this scholarly college thriller. With a new graduate degree in Early Renaissance Studies, Ann makes her first trip to New York for a summer job at the Metropolitan Museum, where her assignment takes her to the dark and mysterious halls of the Cloisters. What begins as a curiosity for theories of divination turns into a preoccupation with a 15th-century deck of tarot cards, an obsession shared by fellow scholars who have secrets of their own.

“Meredith, Alone” by Claire Alexander (Grand Central, Nov. 1): Three years of panic attacks have kept Meredith indoors — working remotely, shopping online and exercising on her staircase. A visit from Tom, a persistent charity volunteer who reaches out to anyone in need of a friend, disrupts his comforting routine of cooking and puzzles, but his presence may be enough to help him out. understand and resolve the trauma that has kept her isolated. Alexander, who writes with compassion about overcoming mental challenges, started writing his first novel before the pandemic, but a lack of human connection after isolation is now something many more people can relate to.

“To fill a yellow house”, by Sussie Anie (Mariner, November 1): On Halloween night, Kwasi knocks on the door of a messy charity shop trying to escape schoolyard bullies, and Rupert, owner of the Chest of Little Wonders, welcome him inside. The unlikely duo develop a friendship that anchors them both – artistic boy Kwasi finds relief from the pressures of a new school and demanding Ghanaian immigrant parents, and Rupert soothes the pain of losing his wife there. more than ten years, an absence he had tackled using tea mixed with not-quite-legal herbs. Anie’s touching debut delivers a heartfelt message about what can happen when strangers from different backgrounds connect.

“Foster,” by Claire Keegan (Grove, November 1): Keegan’s short story Enchantress centers on a child in Ireland whose Da leaves her with parents who are more resourceful. Along with the food and clothing they lovingly provide, the Kinsellas are generous with their time and provide their young charge with warmth and respect, which his exhausted parents’ home lacked. Their bond builds as the summer progresses, but there are unspoken emotions, even in the most loving homes, that can be difficult for a child to comprehend. Keegan’s unaffected tale is a study in family grief and generosity.

“Desert Star” by Michael Connelly (Little Brown, November 8): The Hieronymus “Harry” Bosch series, first published in 1992, is a cultural phenomenon. Connelly has written two dozen novels featuring the veteran homicide detective, and since 2014 Bosch has been an Amazon streaming mainstay (Amazon founder Jeff Bezos owns The Washington Post). At this point, Connelly could be forgiven for calling it out, but his latest entry into Bosch’s canon is as neat as the first. Detective Renée Ballard, who has joined the Los Angeles Police Department as head of the new Open Unsolved Unit, entices retired Bosch to volunteer on her task force with the promise of resources to devote to her “white whale”. When a DNA sample connects two cases separated by more than a decade, Bosch and Ballard join forces to hunt down two deadly criminals.

“The lemon,” by SE Boyd (Viking, November 8): When bartender-turned-writer John Doe’s first book was a hit, agents made big promises for his future. His lack of interest made him all the more attractive to Hollywood and propelled him to stardom as a culinary TV host. His untimely death in a Belfast hotel provides another opportunity for those in his orbit to advance their own agendas. There’s his agent, whose comfortable retirement relies on Doe’s flawless legacy, and a reporter, who manufactures a connection with Doe to save his job. Doe’s friend, a world-famous chef who discovered the body, just wants to get back to cooking, but the unhinged hotel worker with a camera seems to have other ideas. Boyd, pseudonym of three co-writers, forcefully skewers what they call the “celebrity-death industry complex” with spit-fire humor.

“The twist of a knife”, by Anthony Horowitz (Harper, Nov. 15): Popular metafiction writer Horowitz brings back abrupt ex-detective Daniel Hawthorne to reluctantly help his former consultant after (fictional) writer Anthony Horowitz’s fingerprints are discovered about the ornamental dagger used to murder a theater critic who ruthlessly criticized his new West End play. The search for the real killer takes the duo through the dressing rooms of the Vaudeville Theatre, the secret parts of London and through a tunnel of beech trees to an estate in the English countryside, an adventure that will enchant mystery seekers, Anglophiles and theater lovers.

“The world deserves my children” by Natasha Leggero (Gallery, November 15): Leggero, a Hollywood triple threat (actress, writer and comedian) can add a memoirist to her list of accomplishments. Here, she regales readers with tales of parenthood, of deciding to remain childless while building a career in her most fertile years (“there is no greater status symbol for an adult actor in the quarantine than a grown child”) to navigating IVF and attempting to raise a child in an ecologically unstable world (“In Los Angeles, we only have three seasons left: awards, pilot and fire”). His essays shine with wit and warmth, casting an irreverent gaze at what the future may hold for the global warming generation.

“Astrid Parker does not fail” by Ashley Herring Blake (Berkley, Nov. 22): When Astrid is on her way to her first day on camera as a decorator for a home improvement show, Jordan, the carpenter, bursts through a door without looking, pouring her coffee ivory dress. Although Jordan tries to apologize, Astrid’s outrage erupts and the two remain at odds – much to the delight of the showrunners, who eagerly play up their animosity. Fans of foe-to-love rom-coms may get an idea of ​​what’s to come, but Blake refreshes the tropes with charming dialogue and a cast of colorful characters from Bright Falls, Oregon, the setting of his previous novel, The Romance. queer “Delilah Green doesn’t care.”

“Winter Country” by Rae Meadows (Henry Holt, Nov. 29): Set in the world of Soviet-era gymnastics just after Olga Korbut backflips to glory at the 1972 Olympics, this immersive novel features three female characters behind the iron curtain: Anya, an 8-year-old gymnast; his missing mother, Katerina; and Vera, a neighbor who spent 10 years in a Gulag. As Anya’s star rises, she is haunted by questions about her missing mother, and Vera’s torturous imprisonment in the tundra could lead to answers. A former competitive gymnast herself, Meadows authentically portrays the intense training and relentless dedication of an Olympic athlete striving to reach her peak.