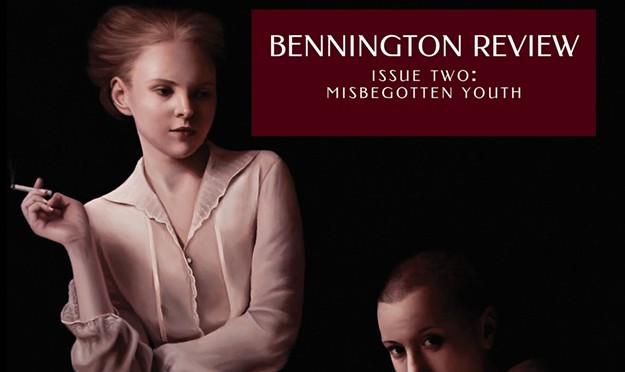 A literary journal based at Bennington College, Bennington Reviewis the winner of the 2022 Whiting Literary Magazine Award. One of five magazines recognized by the Whiting Foundation, Bennington Review was selected in the “low budget printing” category. The honor comes with a $30,000 prize.

The selection is significant both on a “spiritual” level and for more practical purposes, said editor Michael Dumanis. He is a poet and a member of the literature faculty at Bennington College.

“It’s extremely exciting because the Whiting Foundation is regarded within the American literary community as one of the most supportive and generous organizations in terms of promoting and assisting the creation of American literature,” said Dumanis. The foundation’s recognition for producing a magazine “worth reading and supporting is very significant,” Dumanis continued, “and we are very grateful for that.” Concretely, the price will allow Bennington Review pay its writers more, and that will allow the publication to expand its reach, he said.

In awarding the magazine, the judges wrote: “With an editorial vision that is both sharp and whimsical, Bennington Review predicts the future of literary journals.

Bennington Review is published twice a year and contains works of poetry, fiction, non-fiction and film criticism. The magazine, which has an illustrious history, was resurrected by Dumanis in 2016, 50 years after it was founded and 30 years after it ceased publication.

Dumanis, 46, has taught at Bennington since 2012. He joined the faculty with a background in editing and publishing.

“I love teaching at Bennington,” Dumanis said, “but I was interested in getting back into publishing one way or another.”

He approached the administration to revive Bennington Reviewwhich published its last issue in 1986.

“I was surprised at how supportive the college was,” Dumanis said. He recalled that the main question posed by the administrators was: Why should it be in print and not online?

“I said I wanted something that felt organized and had a beginning, middle, and end,” Dumanis recounted, “and had an art object you could hold in your hand. .” The placement of a piece of writing relative to other writing is an important part of a literary magazine, Dumanis said. He wanted to make a publication that readers could flip through, that looked like a book. (Limited content is posted online.)

Each issue contains 70 to 90 poems, five to 10 short stories, and about half a dozen non-fiction pieces. Additionally, there is an interview with a writer. In the current issue, the 10th under Dumanis, poet Mark Wunderlich, who teaches at Bennington, interviews Vermont Poet Laureate Mary Ruefle. 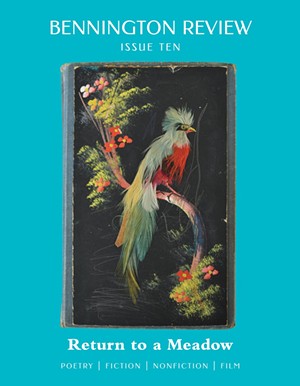 A distinctive feature of Bennington Review is that many submissions are first read by undergraduate students at Bennington College. Students in Dumanis’ poetry class read and discuss poems submitted for publication; students in a prose class read fictional submissions.

Dumanis encourages students to recognize that there is more than one way to read and think about poetry – and the distinction is important for publishing a literary magazine. The difference comes down to personal preferences and “what suits a newspaper you read for,” Dumanis explained.

Class discussion focuses on questions such as: What does this job do? What is this poem or story trying to accomplish? What do you think of the way it’s put together?

“Students develop a sense of their own aesthetic sensibilities as readers,” Dumanis said, “and, for many of them, as writers.”

Bennington Review receives 1,000 to 1,500 submissions per month, across all genres, and publishes one to three percent, Dumanis said.

Submissions come from all over the world and all plays are published in English. Dumanis noted in particular receiving work from writers in India, Nigeria, Canada and South Africa.

Bennington Review was founded in 1966 by Laurence Jackson Hyman, a former student of Bennington who taught photography at the university. He is the son of writer Shirley Jackson and literary critic Stanley Edgar Hyman. The journal ceased publication in 1970 before being relaunched in 1978 under the direction of Robert Boyers, professor of English at Skidmore College in Saratoga Springs, NY. In 1986, it again ceased publication; Dumanis revived it in 2016.

“To be a magazine editor, you have to enjoy reading in the genre you read all the time,” Dumanis said. “I’m always thrilled to read other people’s poetry.”