At 13, Ritaj Hussain Alhazmi is the youngest author to publish a series of books 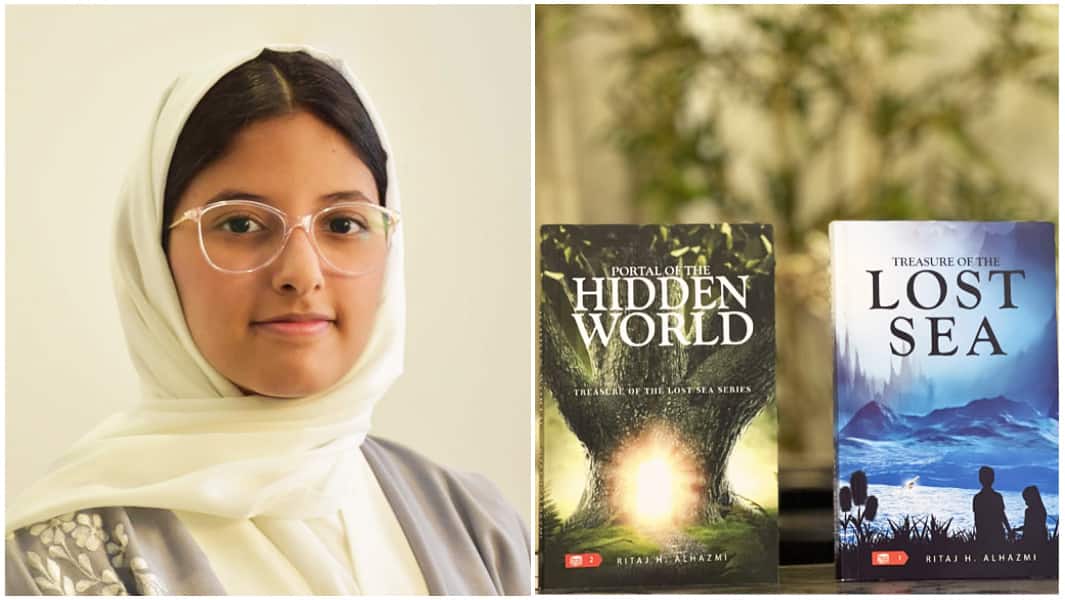 It takes years for people to publish their first book, but Ritaj Hussain Alhazmi has published not one but three of his books.

With three novels in print, 13-year-old Alhazmi has been named “the youngest person in the world to publish a book series (female)” by Guinness World Records.

– #غينيس للأرقام القياسية
May 2 marks the day I witnessed the attempt to reach a record titled “the youngest screenwriter of series” in #Guinness World record#ريتاج_الحازمي pic.twitter.com/LjQZAsCxvn

Alhazmi, born in the city of Dhahran in Saudi Arabia’s Eastern Province, is fluent in Arabic and English and credits authors like JK Rowling and Joanne Rendell for her writing inspiration.

From the age of seven, Alhazmi frequently visited libraries in Saudi Arabia, which inspired her to write short stories.

Alhazmi’s first novel titled treasure of the lost sea was published in 2019. His second book, Hidden World Portal, was also released the same year. While his third novel in the series titled Beyond the future world was released in 2020. She is currently working on the fourth volume of the series, The passage to the unknown.

After the release of Alhazmi’s second novel in 2019, she qualified for the world record for “youngest person to publish a book series (female)”. When her records were checked, she was only 12 years and 295 days old.

Britain’s Bella J Dark holds the record for ‘youngest person to publish a book (female)’, after having her book The lost cat released when she was just 5 years and 211 days old. The lost cat was published on January 31, 2022 by Ginger Fyre Press.