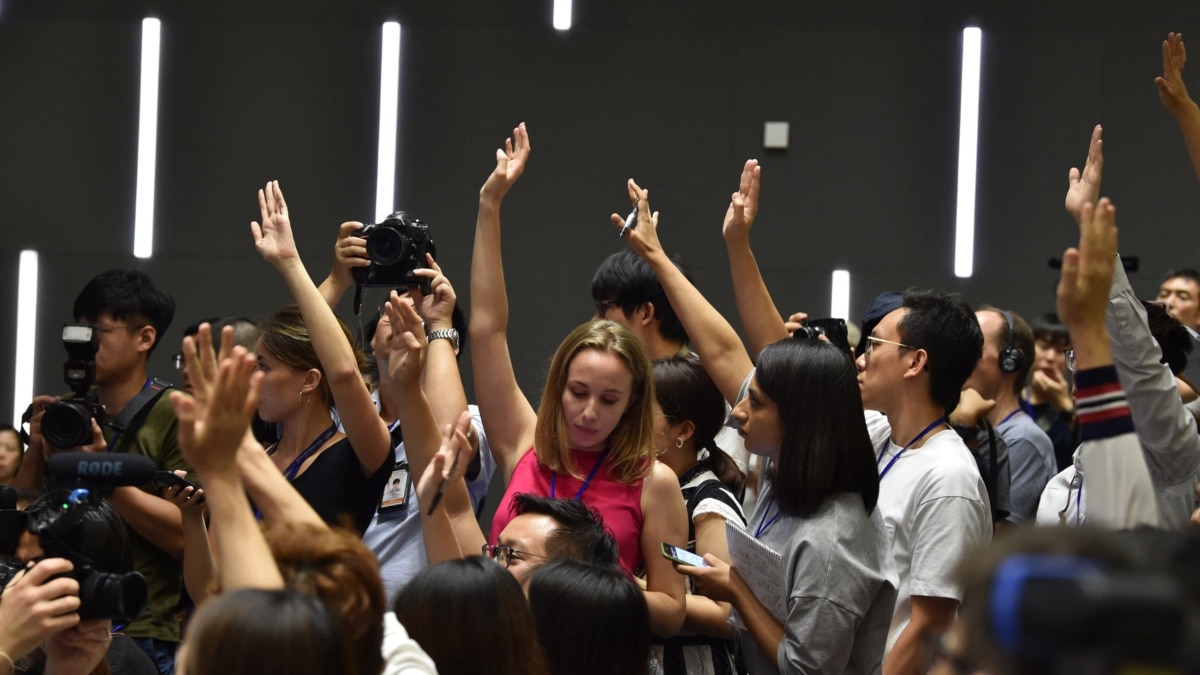 Threats of violence and rape. Accused of being a traitor. Insults regarding appearance. Asian journalists who cover politics or human rights in China, especially women, risk a barrage of attacks online every time they publish.

According to a report by the Australian Strategic Policy Institute (ASPI), Asian women face the worst vitriol.

The think tank, based in Australia’s capital Canberra, has determined that the inauthentic Twitter accounts behind the operation are likely another iteration of “Spamouflage”, a pro-Chinese Communist Party (CCP) network that Twitter awarded to Beijing in 2019.

The goal of the current campaign is to discredit women’s work in the eyes of the national and international public, analysts told VOA. The strategy is part of Beijing’s broader global media effort, as documented by the International Federation of Journalists, to improve its reputation around the world by swaying coverage in its favor and cracking down on criticism.

“This kind of targeted trolling faced by women activists and journalists has become so vicious, so concerted that it is driving some to quit social media altogether or practice some degree of self-censorship,” said Mei Fong, communications manager at the non-governmental organization Human Rights Watch (HRW), in an email to VOA. She added that the campaign aims “to brutally silence those who speak truth to power”.

Fong is among the women named in the ASPI report who faced the latest list of harassment.

“This campaign shows that the Chinese government is very likely increasing the sophistication of campaigns that harass these women,” said ASPI researcher Albert Zhang, co-author of the report. “I can’t imagine being the recipient of this type of activity.”

Liu Pengyu, spokesperson for the Chinese Embassy in Washington, told VOA that “China condemns the harassment of women’s groups and opposes linking it to the Chinese government without evidence.

“China always welcomes news agencies and journalists from other countries to report in China in accordance with laws and regulations, and offers them convenience and assistance to work and live here,” he said. “What we oppose are ideological bias against China, false information under the guise of press freedom and violation of professional ethics.”

According to a Twitter spokesperson, the activity identified in ASPI’s report was part of the “Spamouflage” network, and the company has suspended more than 400 associated accounts for violating the platform’s policies. The spokesperson said the investigation is ongoing.

Some of the world’s top Chinese analysts have fallen victim to this smear campaign, including journalists like Lingling Wei of The Wall Street Journal, Alice Su from The Economistjiayang fan the new yorkerand Muyi Xiao from The New York Times, according to the ASPI report. Some of the women named in the ASPI report declined to speak to VOA, citing security concerns.

Chinese experts have faced harassment online for many years, with some of the harassment linked to the Chinese government, according to Zhang.

But this recent campaign is distinct because it appears, by design, to exclusively target Asian women.

ASPI has identified hundreds of Twitter accounts created for the sole purpose of targeting these women.

“This time they specifically targeted the Asian female cohort,” Yaqiu Wang, a researcher at HRW China, told VOA in an interview. Targeting this subset in such an intentional way is “a new phenomenon,” she added.

Wang said she has been the victim of online harassment, including sexual harassment, over the years because of her job.

“There is an inherent misogyny within the disinformation propaganda apparatus,” Wang said. “It’s easier to discredit women. When you say misogynistic and sexist things about women, there’s an audience – more so than if you attack men.

Much of the campaign in English and Mandarin focused on accusing the target of spreading anti-China coverage or fake news. But other aspects of the campaign have been tailored to the individual target, such as the #TraitorJiayangFan hashtag, targeting the new yorker editor, according to the ASPI report.

The attacks also include messages such as “traitors don’t die well” and “traitors often end badly”.

The Coalition Against Online Violence, a consortium of groups working to tackle online harassment faced by women journalists, condemned the smear campaign in a June 10 statement.

The harassment described in the report is all too familiar to Melissa Chan, a Berlin-based freelance journalist. Chan was not named in the report, but she too faced this kind of harassment for several years for her coverage of China, she told VOA.

“Rape threats, death threats, accusations of racial traitors – I got the full gamut. It happens pretty much every week, if not every day,” Chan wrote in an email to VOA. “Some of this harassment comes from anonymous accounts, but there have been many real users – often Chinese users who have access to Twitter and therefore presumably live in the US or elsewhere – who have attacked.”

The Chinese state and many Chinese citizens consider Chinese of other nationalities to betray and slander the “motherland” when they criticize Beijing, Chan told VOA, which is consistent with ASPI’s findings on the recent campaign.

But for Chan, the harassment motivates her to keep doing her job.

“If anything, online harassment only makes me double my engagement [to] reporting on authoritarian states like China and covering the voices of the voiceless, including Uyghurs, Tibetans and other groups who face existential threats to Beijing’s unitary vision of China,” he said. she writes.

In recent years, the Chinese government has made it increasingly difficult for foreign journalists to report on China from inside the country, according to CNN.

The ASPI report refers to this particular Twitter campaign as an example of “transnational digital repression”, suggesting that Beijing is now seeking to prevent journalists outside the country from covering China in ways it deems unacceptable.

Although “this activity is increasing,” according to the report, ASPI also found that Twitter had taken down some – but not all – of the accounts.

Chan and Fong said platforms such as Twitter have a responsibility to do more to protect users.

Although it is difficult to measure the effectiveness of this strategy in silencing journalists, ASPI’s Zhang said: “Our qualitative assessment is that it really has quite a severe impact on the ability of Asian female journalists and journalists from the western world in general to be able to talk about China.