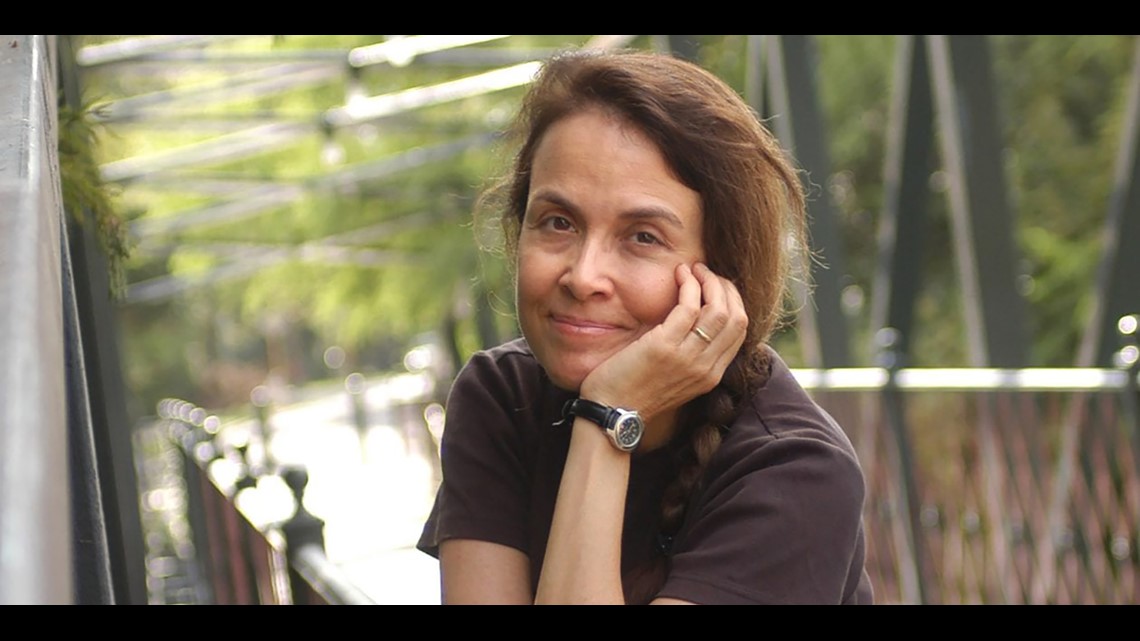 Naomi Shihab Nye will be the guest speaker this year.

SAN ANGELO, Texas – Angelo State University announced that award-winning author and poet Naomi Shihab Nye will be the featured speaker at the 25th ASU Writers’ Conference honoring Elmer Kelton. The two-day conference is scheduled for March 3-4 on the ASU campus.

Nye will give two presentations on Thursday, March 3 at the CJ Davidson Conference Center inside the Houston Harte University Center, 1910 Rosemont Drive:

The conference will also include six free sessions with readings and presentations by 18 guest authors and poets. All of these sessions will take place in the Eldon Black Recital Hall inside ASU’s Carr Education-Fine Arts Building, 2602 Dena Drive. Profiles of guest writers and the full conference program are available at angelo.edu/writersconference.

An award-winning author of poetry, fiction, and children’s literature, Nye is also a professor of creative writing and poetry at Texas State University. A self-described “wandering poet,” she has also spent more than 40 years traveling the world leading writing workshops and inspiring students of all ages.

Born to a Palestinian father and an American mother, Nye grew up in Saint-Louis, Jerusalem and San Antonio. Drawing on her Palestinian-American heritage, the cultural diversity of her home in Texas, and her travel experiences in Asia, Europe, Canada, Mexico, and the Middle East, she uses her writing to illustrate our shared experience.

The author of more than 30 volumes, Nye has won best poetry book awards from the Texas Institute of Letters, the Writers League of Texas, and the Washington Post. She has also won two Jane Addams Children’s Book Awards and was named the 2019-21 Poet Laureate for Young People by the Poetry Foundation. Her work has been featured on National Public Radio, PBS poetry specials, and “NOW with Bill Moyers.”

Also Chancellor Emeritus of the Academy of American Poets, Nye served as poetry editor for The Texas Observer for more than 20 years and was the 2019-2020 Poetry Editor for The New York Times Magazine. She received the Lon Tinkle Award for Lifetime Achievement from the Texas Institute of Letters and the Ivan Sandrof Award for Lifetime Achievement from the National Book Critics Circle. She was elected to the American Academy of Arts and Sciences in 2021.

The ASU Writers’ Conference is dedicated to San Angelo’s best-selling Western author, Elmer Kelton, who died in 2009. The author of more than 40 books, Kelton was a seven-time winner of the Western Writers of America’s Spur Award and a was the first Distinguished Visiting Professor at ASU. The conference is sponsored by the university and organized by the Department of English and Modern Languages.