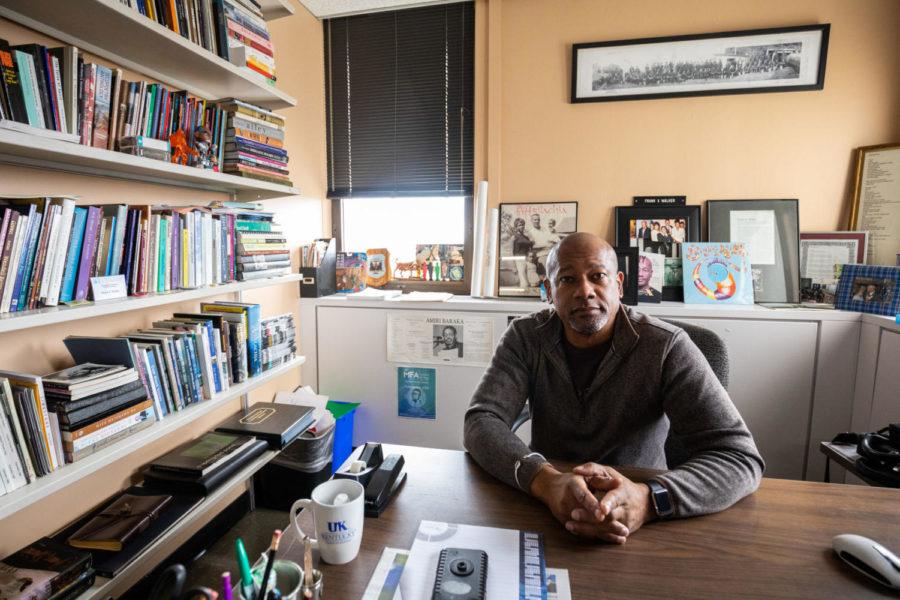 In 1991, South Carolina native Nikky Finney came to Lexington to perform at a poetry reading called “The Best of Southern Writing.”

Before Finney, who is black, was added to the roster of artists, the event was called “The Best of Appalachian Writing.”

He questioned why this change was made and discovered that the definition of Appalachia at the time was “white residents of the mountain regions of Appalachia”.

Moved by this, he devised a poem using the word “Affrilachian” for the first time and presented it to his friends at their weekly poetry group. This eventually sparked the formation of Afrilachian poets and the beginning of the validation of many isolated Afrilachians.

This story was originally written to preview the 43rd annual conference of the Appalachian Studies Association, hosted by the UK. Like many other campus events in recent weeks, the conference has been canceled due to growing concerns about the spread of the novel coronavirus. This story was published on March 3.

From March 12-15, 2020, the UK will host the 43rd Annual Conference of the Appalachian Studies Association, themed “Appalachian Understory”. In the temperate forests of the region, the “understory” is a place of growth in both light and shade, and it is an often neglected place.

“Recognizing that the forest understory is places of beauty and strength, the 2020 ASA Conference will highlight the many voices of Appalachia that are often obscured. In the understory, people confront stereotypes, myths, marginalization, and violence and meet them with resilience and hope,” states the Appalachian Studies Association website.

One such group the conference will focus on is African-American Appalachia, otherwise known as Afrilachians, the word coined by Walker.

“Part of what we’ve done as Afrilachians is to engage with this idea of ​​making the invisible visible, giving voice to the deaf, because we’ve always felt that way. The structure was designed to make us feel invisible,” Walker said. “We pushed back on an idea and tried to say as loud as we could that, you know, damn it, here we are.”

Although the group is called the Poètes Afrilachiens, it embraces different cultures and types of artists. Since 1991, the group has fought against the stigma that Appalachia is a homogenous place. Although their cultures and races may be different, their identities are closely tied to the region.

In fact, an Afrilachian poet and fellow British professor considers herself “entirely Appalachian”, although some people disagree with her.

Crystal Wilkinson grew up in Indian Creek, Ky., just half an hour from Walker, on the same land her family has owned for 250 years. His family represented the only African Americans in their small community. And though Wilkinson faced racism and discrimination where she grew up, she wouldn’t think of calling her home anywhere else.

However, she admits that growing up, it was hard to find a place where she was fully accepted. She said she constantly defends her place in the region.

It wasn’t until Wilkinson met the Afrilachian Poets that she finally felt seen. When she thinks about it, she always has tears in her eyes.

“That level of acceptance, validation, connection with family was probably the most inclusive environment I had been in at that time,” Wilkinson said. “As if I never really felt like I fit in somewhere else, not completely. As if there were things I could relate to but not completely with both, my whole self. It was the first time. And so it was breathtaking. So being around a table where you’re fully accepted and everyone knows what you’re trying to attempt in a loving and critical environment, that was it.

Wilkinson sees herself and other Afrilachian poets as role models not only for writers of color, but for Appalachian writers in general. Walker’s feelings are much the same.

“What the founders did was make it easier for the next generations of poets who came after us to produce art,” Walker said. “We had to first create a space and then defend it with a lot of energy.”

Makalani Bandele, a relatively new edition of the Afrilachian Poets, is one of the many people inspired by the founders and their work. Going to his first Afrilachian Poets meeting is something he will never forget, he said, and he is happy to be a part of it now.

“It shocked me. I had never seen anything like it before and since then,” Bandele said. “If there are more than five of us reading at a time, some people leave crying, others shake. It’s powerful. So it touched me.”

Although Bandele is from Louisville, he spent part of his childhood in his father’s hometown of Needmore, Kentucky, which is the same town as Walker’s mother. He considers himself a third or fourth generation Appalachian poet.

While Walker’s work focuses on family, identity, place, history and social justice, and Wilkinson’s work focuses on land, storytelling, traditions, freedom and ability of nature’s healing, that of Bandele is different. Walker’s and Wilkinson’s work has a strong Appalachian focus. On the other hand, Bandele’s work focuses on black history and social justice in general. He said that being a beneficiary of the founding efforts of the Afrilachian Poets, he does not necessarily have to speak of place and stand up for himself like the older generation.

Wilkinson said that’s one of the reasons she became an educator, to “start affecting young people so they can grow up proud and be happy where they come from, feel like they don’t didn’t leave Kentucky to make an impact.

The Afrilachian Poets have even impacted schools. Walker said Appalachian diversity courses were barely available in the ’90s. Now, however, he receives emails from schools across the country evaluating curricula for various Appalachian diversity courses. Northern Kentucky University and Eastern Kentucky University even offer courses in Afrilachian history.

Both Walker and Wilkinson were excited about the theme of this year’s ASA conference being “Underground Stories”. It will be an opportunity to show more than the “poor, white and illiterate” stereotype that the mainstream media has projected on the region.

“When I think of ‘sub-stories,’ I don’t think of a minority, I think of the marginalized, you know, borderline,” Walker said. “And I think that’s what people of color, and not just people of color, I think there’s been a lot of groups that are on the fringes of what people want to believe is the Appalachia because the stereotypes, most of which have turned into caricatures, are so rigid that they leave no room for many other groups.

Fighting the monolithic vision of Appalachia is something Wilkinson said she believes empowers people, especially those who see themselves as invisible. And after reaching out to many black Appalachians on the conference thread, she is looking forward to the conference even more.

“The ASA Conference as I have experienced it over the years is one of the first places, one of the only places where Appalachian scholars, musicians, creatives, writers can all come together in some way. in one place and celebrate the region in a creative and intellectual way,” Wilkinson said. “I think it will be an opportunity for us to be proud of the fact that the UK is hosting it and I think it will be the largest African-American gathering at an ASA conference. It seems to be shaping up that way.