A woman wearing a mask: The DONG-A ILBO 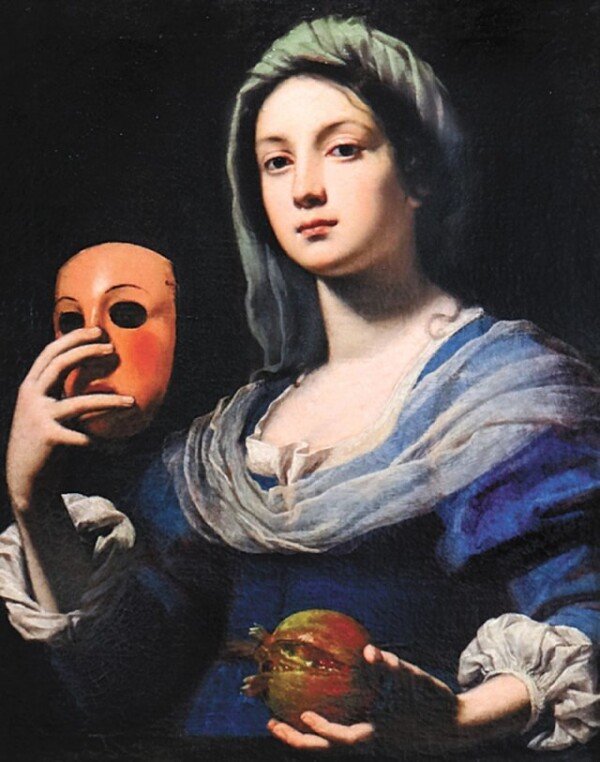 A mask is worn to disguise or hide the face. It also refers to the false and questionable facial expression or attitude. Painted by Lorenzo Lippi, a 17th century Italian painter and poet, this painting depicts a woman holding a mask. She holds a mask in her right hand and a grenade in her left hand, making the meaning of the work difficult to decipher. Who is this woman, and what did the painter want to convey?

Although he was born in Florence, Lippi went to Innsbruck, Austria, and became a court painter there after marrying at age 40. This portrait was drawn when the painter was 34 years old and living in Florence. She had long been called the “Woman in the Mask”. The mask reminds viewers of the ancient Greek goddess Thalia, the goddess of comedy, one of the Muses. She is often depicted holding a comical mask in her hand and wearing an ivy wreath.

If the woman was holding only a mask, this painting would have been understood as the portrait of Thalia. However, the pomegranate held by the woman makes the iconological interpretation of the painting even more complicated. The pomegranate consists of many seeds and is often seen as a unifying symbol in Christian art. In Judaism, it means holiness and fertility. However, in Greek mythology, the pomegranate is a fruit that Hades, god of the Underworld, made Persephone eat to encourage her to become his wife, which symbolizes death and abundance.

The title of the work, “Allegory of Simulation”, is also evocative. The French word “simulation”, like the English word, means to imitate and reproduce. It would then be more reasonable to assume that the woman in the painting does not represent a specific individual but is rather an allegorical expression of the false that mimics the truth.

The woman wearing a mask of Thalia, the goddess of comedy, apparently suggests abundance, beauty and unity. Yet the painter might have wanted to make it clear that all of this is wrong and untrue. The 17th century painter can warn us that what is visible in the eyes is not always true, and we should beware of those who wear the splendor and the magnificent masks.