A Russian Jew’s perspective on the war in Ukraine 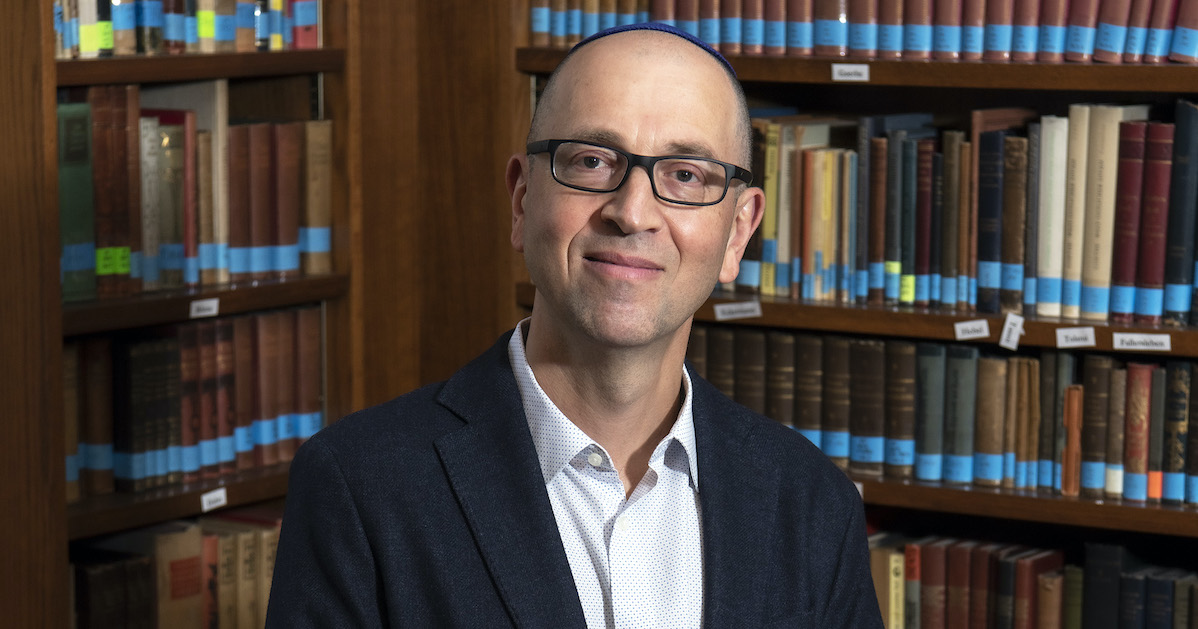 Maxime D. Shrayer, born in 1967, grew up in Moscow and emigrated to the United States in 1987 with his family. Before settling in New England, Shrayer and his parents were Jewish refusalniks for many years. Shrayer, whose father is a writer and mother a translator, has written and edited more than 20 books of nonfiction, fiction, poetry, and translation in English and Russian. His books include “Leaving Russia: A Jewish History,” “Yom Kippur in Amsterdam: Stories” and “.” Shrayer’s work has been translated into 10 languages. His “won a National Jewish Book Award in 2007, and in 2012 was awarded a Guggenheim Fellowship.

Shrayer, who lives in Chestnut Hill with his wife and two daughters, recently spoke to JewishBoston about events unfolding in Ukraine and the impact of the war on his sense of identity as an immigrant.

What are your emotional challenges as you watch the tragedy in Ukraine continue to unfold?

It is important to first state what the big picture is. The big picture is not about my emotional or intellectual dilemmas or the vicissitudes of being of Russian or Soviet descent today. The big picture is that Putin’s Russia is murdering Ukraine. His regime – his henchmen, generals and armies – are trying to destroy and assassinate a country and in doing so they commit war crimes. Everything else probably pales in comparison to that. I am also very skeptical about the business of comparative suffering. I don’t think it’s ethically or intellectually productive.

Ukrainian Jewish history is loaded. However, there is a revival of Jewish life in Ukraine, and President Volodymyr Zelenskyy is Jewish. Can you contextualize this story considering what happened to Jews in Ukraine during World War II?

Let’s not forget that the creation of a Ukrainian state is very recent in the modern sense of the term. Ukrainian identity, language and culture are as old and in some ways perhaps older than Russian identity or the Russian sense of individuality. But for many centuries, Ukrainians lived in states and countries defined by more powerful power brokers; the great Polish-Lithuanian Commonwealth, the Russian Empire and the Austro-Hungarian Empire, mainly. There was a brief period after the Bolshevik Revolution when there was an attempt to create a Ukrainian state, but it failed. Ukraine was later co-opted into the Soviet Union and existed as a federated republic within the Soviet Union. So, in a sense, Ukrainian statehood is not as new – or as old – as the collapse of the Soviet Union.

When we talk about what happened to the Jews in Ukraine, we have to understand that we are not talking about a Ukrainian state, but more broadly about Ukrainian lands. And now Ukraine is a very big independent country. It incorporates, from the east, some of the disputed Ukrainian territories closer to the current border of the Russian Federation, then the whole of central Ukraine. But the further west you go, the deeper you go into territories where Poland was once the dominant power, and especially the Polish nobility. Thus, the story is heavy, but not only violent; it is loaded with many complexities of identity.

You mentioned the high rate of Ukrainian collaboration with the Nazis during World War II. That’s right, but it happened about 80 years ago. I have generally taken the position that if history is to be remembered, preserved, understood and learned, it has next to nothing to do with the tragedy currently unfolding in Ukraine. The history of Ukrainian lands is not only marked by anti-Jewish violence, but also by centuries of rich and vibrant Jewish life. But that’s not the point. Three of my grandparents were born and raised in Ukraine. For me, it is now about solidarity with Ukraine. And also about the Putin regime using, abusing and manipulating historical evidence to justify its bloody war against Ukraine.

I asked about Ukraine’s Jewish history because Putin said that one of the reasons Russia attacked Ukraine was to “denazify” it.

Ukraine is a country that has a Jewish president and a Jewish defense minister, and a country whose Jewish citizens have consistently behaved as Ukrainian patriots. However, some of these citizens are wondering if they should stay in Ukraine. Nevertheless, the attempt to justify Putin’s neo-colonialist invasion stems from his desire to restore the Soviet Union, which Putin has always said. History teaches us that people like Putin or Hitler usually mean what they say from the start. It’s just that we don’t take it into account.

Many Boston readers, myself included, have experienced the Russian School of Mathematics. The school deliberately includes “Russian” in its name to honor this method of learning. Nevertheless, people have recently become suspicious of the school because of its name. Is there an attempt to cancel Russian culture and history?

Yes, but I would characterize it this way: the United States is a very large country and a diverse immigrant society. On the whole, these types of attempts have been exceptions rather than a general trend. Or maybe other exceptions have been drowned out in the chorus of solidarity with Ukraine. The history of the Russian school of mathematics is a particularly interesting case because two Jewish women from the former Soviet Union, who emigrated to America as part of the great exodus of Soviet Jews, founded it. They started what they thought was a much-needed educational business, and it was very successful.

The name of the school refers to the tradition of mathematics that dates back to the Russian Empire and then continued in the Soviet Union. But it would have been somewhat absurd to call it the Soviet school of mathematics. The tradition of immigrant businesses in America is that many of them emphasized the origins of their founders – and in this case, Russia traditionally represented the entire Soviet Union. Finally, the school employs a panel of teachers as diverse as the former Soviet Union itself.

I want to ask you about your daily routine over the past few months: How does the war in Ukraine reflect your perspective as a Russian Jew?

I’m married to a doctor and my kids are in middle and high school, so my mornings start early. But since the start of the war in Ukraine, the first thing I do is to scrutinize the news about the war. At that time, I usually received several text messages from contacts and friends in Russia, as well as from Ukraine and Israel. I also have a number of academic and literary contacts in Italy, and the boycotts [of anything Russian] in Italy are accelerating.

I started a portfolio of what I perceive and am like ban russitude in all its different manifestations. I usually take a screenshot and put it in my portfolio. At the same time, I begin to feel that there are people with whom I can no longer communicate. It’s a kind of madness; people I thought I knew are posting things that are just plain incomprehensible. What do you do with people who are known to you, or who you thought were knowable, and who are now either acting like brainwashed idiots or opportunists?

Luckily, I don’t think Boston’s frenzy matches anything that’s going on in Europe. For example, I recently heard that a big festival in Florence canceled a Russian musical appearance. It is happening. This is not a figment of the media’s imagination. I think we have been mostly spared such intolerant reactions here in Boston. I feel blessed to live here because it is a very enlightened and diverse community.

Is there anything else you would like to add?

It’s hard to give advice, so it’s not advice, but it’s important to remember who we are. We should not try to abjure its past and its roots, even if the world establishes a strong link between this past, these roots and the apparent evil of today. It’s very important to be yourself, so I haven’t become less culturally Russian. Even though I lived in America for 35 years – and only 20 years in the former Soviet Union, I know my Russianness and I’m ready to explain it. I also know what I left behind the Soviet border control turnstile, and I’m very grateful to my parents for getting me out.