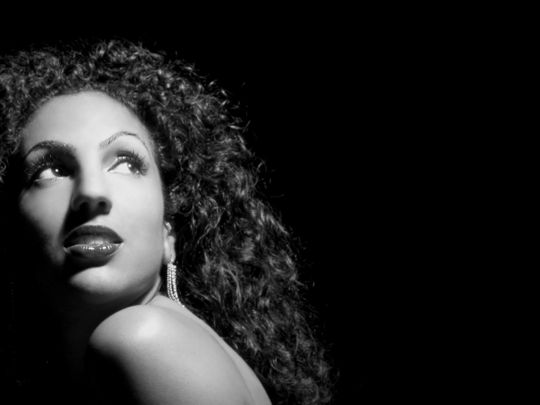 From a career in music, how did you turn to writing fiction? Would you consider both music and writing as your careers?

I had never done creative writing before writing The End of Summer, unless you count songwriting. I had started taking notes in 2019 on “a book that I may write one day”. Then COVID stopped all singing performances in early 2020 which turned into a forced retirement when we moved to Zanzibar last year.

It’s a pretty sensitive subject for me because I put away my sequins and my high heels and I only perform a handful of times a year. After 22 years of career, I hope that playing regularly is not the only condition to say “I am a singer”, and a book gives me the right to say “I am an author”!

There are a few sensitive topics covered in the book; why did you choose to address them? Was there any self-censorship when writing the book?

I think the subjects chose me and I had to tackle them; that is the purpose of art. These are the things I feel strongly, the injustices I see, the things that can be changed with a little hard work, the hypocrisies, the things that happen behind closed doors. We are a secret and traditional society, so I’m sure this novel will make some people uncomfortable. I didn’t censor myself; this was done for me when i was trying to post! I changed a few things, but the story is true to what I mean.

Can you tell us a bit about the journey of publishing this book, given the sensitive content?

My editor, The Dreamwork Collective is amazing. My cousin found them online, and since they are interested in local voices, especially female voices, the match was perfect. When the manuscript was approved for publication, we encountered several obstacles and although I did not change the story or the content, I had to tone down some aspects.

Who is the book for? Summer is a young woman. Is the audience for his story similar?

When pitching a book, you need to imagine your target audience. My first two reviewers were 50-year-old men, who loved the book, so I didn’t want to categorize it into one demographic! I want young people to read it, so that they feel seen. And I want older generations to read it to understand what might be going through the minds of their children. It is only when we open a dialogue between the two that we can achieve healing from generational and cultural trauma. I also want people of all ethnicities to read it. Understand that more connects us than divides us.

The story encompasses several geographical areas – given your ethnic and cultural background, how much of it is based on your own life and experiences?

What is based on my life is ethnicity, although Summer is also part British. I wanted to convey the confusion that comes from being an intercultural child, which I am. Being obliged to support the education of your parents in a country where they are immigrants or refugees. Being British/American/Australian first or second generation, being part of the Diaspora, having two completely opposite cultures pulling you in two opposite directions. The story is fiction, but many little bits of the story are based on things I’ve heard or experienced.

Tell us a bit about your writing process

It started very organically. I had wanted to write a book about two little girls separated by the Zanzibar revolution. While taking notes on this, I also took notes on The End of Summer, which I began to sequence into paragraphs and then into chapters. It grew very quickly during confinement, because I devoted time to it every day, and immediately after, I had 80,000 words!

The hardest part after that is editing! You think you’ve assembled and finished a job, then someone comes and tells you to change things up. You have to trust this part of the process. I keep pinching myself, because I never considered myself a writer. I am a dreamer and have always had an active imagination. What I learned is that if you think you have a book in you, start writing it. Things won’t flow until you turn on the tap!

Any advice for people who are pursuing other careers and want to write a book?

I tell my keyboardist all the time. He’s funny and brilliant and has so many ideas. Sit at your desk/laptop/notebook every day. Sometimes you’ll write a hundred inspired words, sometimes nothing, but you’ll have discipline and you might have written something perfect, and that’s a muscle you train every day.

Also, read a lot! There are brilliant writers out there; don’t copy them, but you can say what style and tone you like, which is important for you to say. And then I can’t recommend the Masterclasses highly enough. Every time I took a lesson, I couldn’t wait to get back to my laptop to write more!

What message would you like The End of Summer to convey?

Without giving anything away, I think communication between generations is really important. We are taught to do as we are told, to the point of having superficial relationships with our elders, filled with hypocrisy, lies and unhappiness. I really wish I could help even one person struggling with the same issues as Summer. So that this person feels seen and understood, and that they are not alone.

If I am ambitious, I would like the older generation to question some of their rules, change them for a new generation, so that there are fewer mental health problems among our young people. Outdated regulations won’t last much longer, and we don’t want rebellion to be ugly.

And the message of women’s empowerment! Especially in the Islamic world. We are respected and have rights. Let’s take what’s ours!

Ah! Anything! All! A film adaptation. An Oscar, insha’Allah! I started writing another coming of age book about two Muslim girls from different backgrounds in London.

I live in Zanzibar where I spend my time teaching yoga and running our beautiful beachfront Airbnb. Maybe I’ll finally write this book about the two girls from Zanzibar!

Synopsis of the book

Twenty-two-year-old Summer is a force to be reckoned with. She’s funny, she’s stubborn, she’s smart, and she has a very strong opinion about life as a millennial Muslim woman. The only problem is that she is dead.

When her younger sister, Sara, finds Summer’s lifeless body on their bathroom floor, Summer can only watch as a devastated Sara calls the rest of her family to announce her death. With no way to return to her body and no idea how she died, Summer remains a helpless watcher as her devoted and dysfunctional family members return home to bury her – and her secrets.

As Summer pieces together the events of the previous night, she begins to unravel her entire life: the fabric of her Anglo-Omani-Zanzibaran family, the cultural clashes, the depression that dogged her for years, and the trauma of childhood that changed her forever. ..

Published by The Dreamwork Collective, based in the United Arab Emirates, The End of Summer is available on Amazon.ae