A controversial trip to Canada 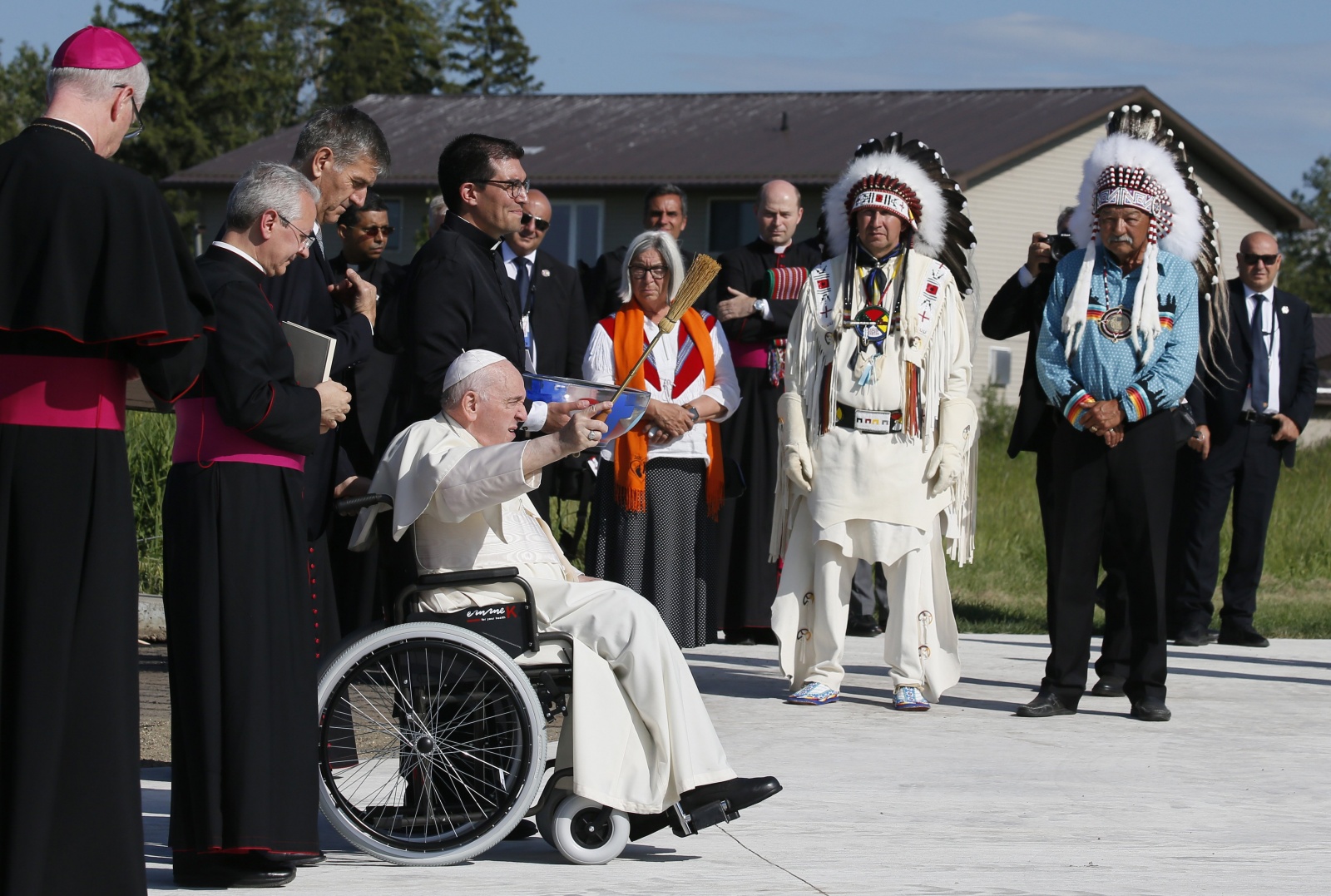 It was not the typical papal visit. Yes, there were the political dignitaries, the popemobile and the larger than usual press corps. But the reason for the visit was different, the tone was different, and Pope Francis was different: He was in a wheelchair for much of his July visit to Canada.

He was there to honor a promise he had made in March of this year to the various representatives of the Métis, First Nations and Inuit communities of Canada who had traveled to Rome to personally meet with Francis and ask on Vatican soil that he comes their ground of Turtle Island. They did this because they wanted him to apologize for the church’s role in administering the residential schools that were established by the federal government in the 19th century for the express purpose of ensuring assimilation. of Aboriginal people in the white Victorian Christian society that was Canada. at the time. The schools operated between 1869 and 1965, although the last school did not close until the mid-1990s. During this period, these institutions housed over 150,000 children. Of this number, several thousand died in custody.

At the request of the government, churches in Canada were tasked with overseeing residential schools and were funded to do so. Many denominations were involved, including the Anglican Church of Canada, the Presbyterian Church and the United Church of Canada. But most schools fell under the aegis of the Roman Catholic Church, mainly under the control of several religious orders, the Oblates of Mary Immaculate being the first.

As Duncan Campbell Scott, an esteemed Canadian Confederation poet and Deputy Superintendent of Indian Residential Schools, observed in 1910, in response to criticism of the high number of Aboriginal children who were perishing in schools: “It is easy to recognize that Indian children lose their resistance to disease by getting so tightly habituated in boarding schools and that they die at a much higher rate than in their villages. But this does not justify a change in the policy of this department which is directed towards a definitive solution of our Indian problem. The historical resonances of the phrase “a final solution to our Indian problem” are disturbing, even frightening. Scott certainly saw his task as nothing less than “killing the Indian in the child,” as Canada’s first prime minister, Sir John A. MacDonald, so inelegantly put it.

The legacy of the schools has been a national scandal for decades: intergenerational trauma, disproportionate incarceration rates among Aboriginal people, staggeringly high rates of youth suicides, endemic addiction, inadequate education, poorly maintained reservations for status Indians, esteem for appallingly mediocre self that infects every aspect of Aboriginal life. . Canada was shamed into acknowledging this sordid history with the release of the 2015 Truth and Reconciliation Report – a chronicle of suffering that was a full, unflinching and unqualified indictment of decades of abuse. The government and the churches were harshly criticized, and within a short time various measures were implemented to provide financial compensation to survivors and descendants of survivors, as well as commitments to educate the Canadian public about the history and the scope of what the TRC commissioners have identified as systemic. discrimination leading to cultural genocide.

The report contained ninety-four calls to action, including a powerful summons to account by the Bishop of Rome. “We ask the Pope to apologize to survivors, their families and communities for the role of the Roman Catholic Church in the spiritual, cultural, emotional, physical and sexual abuse of First Nations, Inuit and Métis children in the Catholic residences schools We ask that this apology be similar to the apology issued in 2010 to Irish victims of abuse and that it be issued within one year of the publication of this report and that it be issued by the Pope in Canada .