‘A bullet in his brain’: RSA chief’s Anzac speech sparks complaints and praise 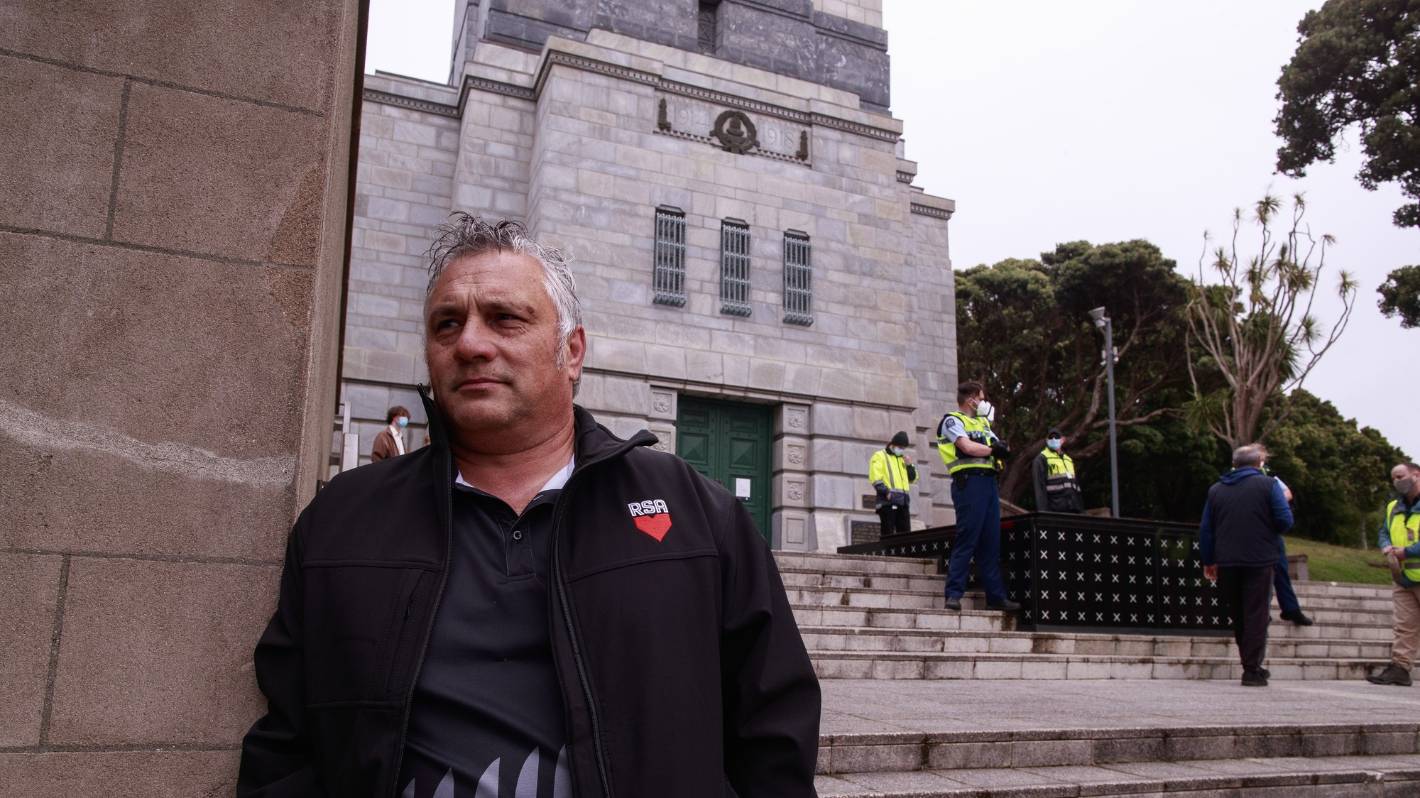 An Anzac Day speech by the RSA chief with a poem about a soldier killing himself and a call for services to be more like funerals and less like ‘Disneyland’ draws both praise and criticism reviews.

The short speech by Marty Donoghue, chief executive of the Returned and Services Association (RSA), took place at the Titahi Bay RSA on Monday.

Critics say he should not have delivered a suicide poem without warning to a public audience.

But an academic and scholar of war literature says it was the perfect poem for the occasion, and Donoghue was right not to sanitize its content.

“It’s another Anzac Day, another dawn service, and yet we have strayed from what the dawn service was,” the speech began.

Donoghue, a former New Zealand Army soldier and later an officer with five overseas tours under his belt, said the dawn service is a military funeral to remember those who have died.

“And yet they turned into Disneyland, with light shows, politicians, laments of those who never served and endless references to the Anzac spirit.

“The dawn service is a funeral. So rather than dwell, let me ask you to reflect and remember: remember our colleagues who have fallen, remember the whānau who served, and remember those who serve now.

He ended up reading Suicide in the Trenches by World War I poet Siegfried Sassoon, with the line: “He shot himself in the head, no one talked about him anymore.”

After being shared on social media, the speech began garnering complaints from the RSA chief, some of which were seen by Thing.

An email from Titahi Bay Residents Association President Graeme Ebbett to RSA National Director Murray Hobson said Donoghue’s “graphic descriptions of suicide” while reading the poem were inappropriate, given that the RSA is a mental health support provider for veterans.

The email also said the Titahi Bay RSA was an inappropriate place for Donoghue to speak given a high-profile rift in the club between former service members and associate members over, among other things, how to spend the windfall from the sale of club rooms.

Another email to RSA headquarters, from a woman who Thing chose not to name, complained the poem was too graphic. She did not attend the service but complained after seeing the video on Facebook.

“I know that Sassoon is held in high esteem as a distinguished writer known for his bold writings on war, however, there is a time and a place for such things, and more importantly, one must always consider public.

“I’m all for brave conversations, but they need to be handled appropriately, especially around children.”

Talk to Thing, Donoghue said he believed Anzac Day services should be about honoring the dead and allowing veterans and their families to observe meaningful remembrance, not overt or garish displays of patriotism.

He defended his use of the poem.

“One of the main issues we have is veteran suicide,” he said.

But he was happy to apologize to anyone who found the line about suicide in the poem upsetting, he said.

However, Donoghue said the end of the poem was also relevant to Anzac Day, which reads: “You smug-faced crowds with a fiery eye / Who cheer when the soldiers march / Go home and pray for that you never know / The hell where youth and laughter go.

“The second part of this poem is really about how Anzac Day isn’t about cheering and doing some of these more jingoistic things rah rah rah, it’s about allowing those veterans and whānau to have an event significant.”

Harry Ricketts, an English professor at the University of Victoria, has written a book on First World War poets, including Sassoon, and co-edited the Penguin Book of New Zealand War Writing.

“I would definitely support the reading of this poem,” he said.

“I think the last thing anyone should be doing with something like an RSA or Anzac Day or similar event is cleaning up what it commemorates.

“It does a disservice to the people who took part in the wars. War brings all kinds of things, including heroism and selflessness and courage and all those things, but it also brings horrors, and people shouldn’t pretend that it doesn’t.

“Sassoon has already anticipated the kind of reaction plaintiffs are making.”