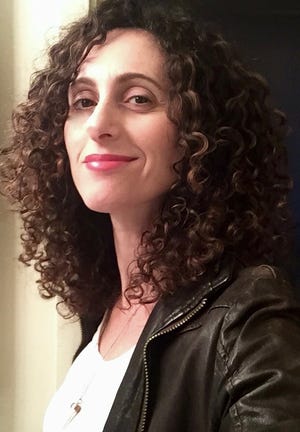 The new plays being developed in July at the Cape Cod Theater Project in Falmouth are all written by women and directed by female directors. All four shows feature only one male lead.

Art director Hal Brooks says he didn’t go into his reading and choosing scripts for this first season in person in three years with the idea of ​​being female-centric. But when so many women’s plays caught his eye and the news brought women’s lives to the fore, he says it was easy to lean into the idea.

“I’m very proud of it and it’s good news for us,” he said. “I think we’ve always been very good at making sure there was gender parity, but you can always do better, so this was an opportunity to really do that.”

When reading plays, “the ones that really stuck with me tended to be written by women,” says Brooks. “Inevitably, I was just like, ‘You know what? This is where this is heading, let’s keep going.

The four-week CCTP season brings together professional writers, directors and actors to work on each play in development over several days, then features three nights of staged readings per week at Falmouth Academy. There are discussions with the audience after the show and the writer often makes changes in between, so each night’s storyline is likely a little different. Returning in-person after two virtual seasons, readings and rehearsals will follow all Equity union COVID-19 protocols, he says, including the hiring of a COVID-19 compliance officer.

While Brooks says he’s curious to hear the reaction of audience members as the four new plays roll out through July 23, he also hopes they won’t really notice a difference.

Brooks was speaking the day after an opening night with playwright Heidi Schreck, whose “What the Constitution Means to Me” — partly developed by CCTP — was a finalist for the 2019 Pulitzer Prize and was nominated for two Tony Awards. . The Times interview also took place minutes before Friday’s announcement of the U.S. Supreme Court’s decision that overturned Roe v. Wade and eliminated the constitutional right to abortion, changing who could make decisions about women’s bodies.

So women’s views on the laws of this country, and how they might affect future discussions, were on Brooks’ mind.

“There’s no doubt this will be an ongoing conversation throughout the summer and we’re happy to…maybe end up being usefully provocative, in our own way,” he says.

Brooks provided an overview of the four CCTP season shows and the issues they address. More information and tickets: https://capecodtheatreproject.org/.

Set in Brooklyn after Hurricane Sandy, the story involves a woman who returns home after trying to “make it” in Los Angeles and is greeted by an angry sister and a dilapidated house. They try to get their lives back and restart their relationship, in a 90-minute play that takes place over 90 minutes in the women’s house.

After reading a variety of Femia’s works, Brooks says she tends to focus on her native Brooklyn area, but notes, “It’s important to her that it’s real Brooklyn, not that kind of Brooklyn.” Hollywood imagination of that other place that isn’t Manhattan. And the characters are real and true to the people she knows.

What Brooks, also a Brooklyn resident, says struck him about the piece was “not that sadness that a hurricane can imbue, but the very, very funny, tense language that (Femia) uses. It’s a very funny piece. It struck me that these two women were offbeat, not that you were typical characters you might read about in a play.

The play will star Lucy DeVito (“Deadbeat” from Hulu, “Melissa and Joey” from Freeform) as Sam and Sarah Schenkkan (“Z” from Amazon Studio) as Pam. The actors for the next two plays have yet to be announced.

In this version of Odysseus returning to Penelope 20 years after his departure in “The Odyssey,” a Brooklyn woman’s husband disappeared one day in September 20 years ago, but Penelope advises him to wait for him.

“When I read this one, I was completely floored,” says Brooks. “I was just crying, I was so moved by this piece. … It has this wonderful combination of classic literary influence and modern poignancy and it just doesn’t disappoint. I love it.”

This piece about changing technology and obsolescence was written as part of the EST/Sloan Project commissions who develop and showcase new work about how we perceive and are affected by the scientific world. “Ball Change” looks at a woman who operates a switchboard, then becomes part of a voicemail service, then her job becomes irrelevant in the age of the iPhone.

The woman, at first full of vigor and idealism, remained at work over the decades as others continued to find more success, notes Brooks. “It’s a really interesting piece. The language in the first section is that great witty repartee of the 1950s-60s and the language bounces back very quickly. (Allen) has an incredible dexterity with words and I just wanted to see what she would bring in a week of development.

This solo play also starring Issaq follows a forty-year-old dental assistant who gets fired and moves into a Christian women’s residence in New York City while caring for a niece and trying to conceive. Director Battat is a 2012 CCTP intern who found success working in New York theater.

“There’s a lot going on with that monologue,” Brooks says, “and it reminded me of ‘Fleabag’ in her escapades and how she treats us head-on, always with a little wink, and goes through a lot of things that we might consider it a bit on the sly so she can get what she needs in life in the big city Knowing (Issaq) I don’t know what’s real and what’s fictional and that’s exciting for me.

Like “Photograph 51”, many pieces developed by CCTP in Falmouth have gone on to full productions in New York and beyond after first being seen and developed with Cape Town audiences. Asked about recent success in this way, Brooks mentions Zora Howard, whose piece “Bust” was part of the 2020 virtual season and her piece “Stew” was a Pultizer Prize finalist last year.

“I’m expecting incredibly big things from him and I think it’s only a matter of time before ‘Bust’ gets a nice, juicy production,” Brooks said. The director of “Bust” for CCTP was Lileana Blain-Cruz, he notes, who was just nominated for a Tony Award for directing “The Skin of Our Teeth.”

Additionally, Sanaz Toossi, who was writer-in-residence last year at Falmouth, was nominated for a 2022 Drama Desk Award for her play “English.”