28 Days Later director does a Matrix-inspired hip-hop dance show because, presumably, nothing is real 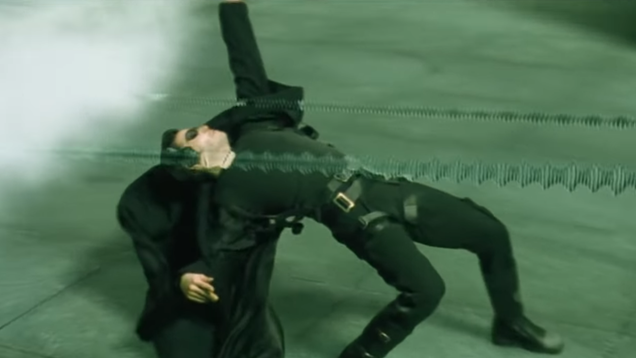 The matrix maybe he was right all along; maybe we really live in a simulation. The proof? A new immersive hip-hop dance adaptation of the Wachowski sisters’ 1999 sci-fi classic, directed by 28 days later director Danny Boyle. Of course, this looks like something a glitch simulation would spit out! But hi, strange things have happened.

The production – aptly titled Free your mind-will open in October 2023 as the first show at Factory International, a brand new arts venue in Manchester, England.

The show is described by Varietyas “combining the hip-hop choreography of hundreds of dancers with the latest immersive design” and promises that “free your mind will take the audience on an exciting journey through The matrix and into a new realm of possibilities.

The statement continues: “This eye-opening production will span the building’s ultra-flexible spaces, responding to them and harnessing the collective energy of the moment.” We’re still not completely convinced that this isn’t all an elaborate ploy to trap audience members in goo-filled pods so evil machines can harvest some of that aforementioned ‘collective energy’, but we’d like to be surprised. Were free our minds here, after all.

A point against the “none of this is real” theory is that Boyle (who also directed Slumdog Millionaire, 127 hours, and a string of other acclaimed films) is no stranger to large-scale dance production. He also led the opening ceremony of the London 2012 Olympics. You know, the one that involved a Queen Elizabeth II impersonator parachuting into the stadium and a scene some conspiracy theorists say predicted the COVID-19 pandemic eight years in advance, which, now that it is said out loud, absolutely means we’re all in those goo pods as we speak.

Well, at least we can enjoy a little art while we rot. free your mindThe music for will be composed by Michael ‘Mikey J’ Asante and will be choreographed by Kenrick ‘H2O’ Sandy. Tracey Seaward will produce and poet/playwright Sabrina Mahfouz and artist Es Devlin will write and provide large-scale sculptures. Understanding the true nature of our reality is never easy but, as far as wake up calls go, this one sounds pretty fun!