10 Marvel Comics From The 2010s That Have Already Aged Badly 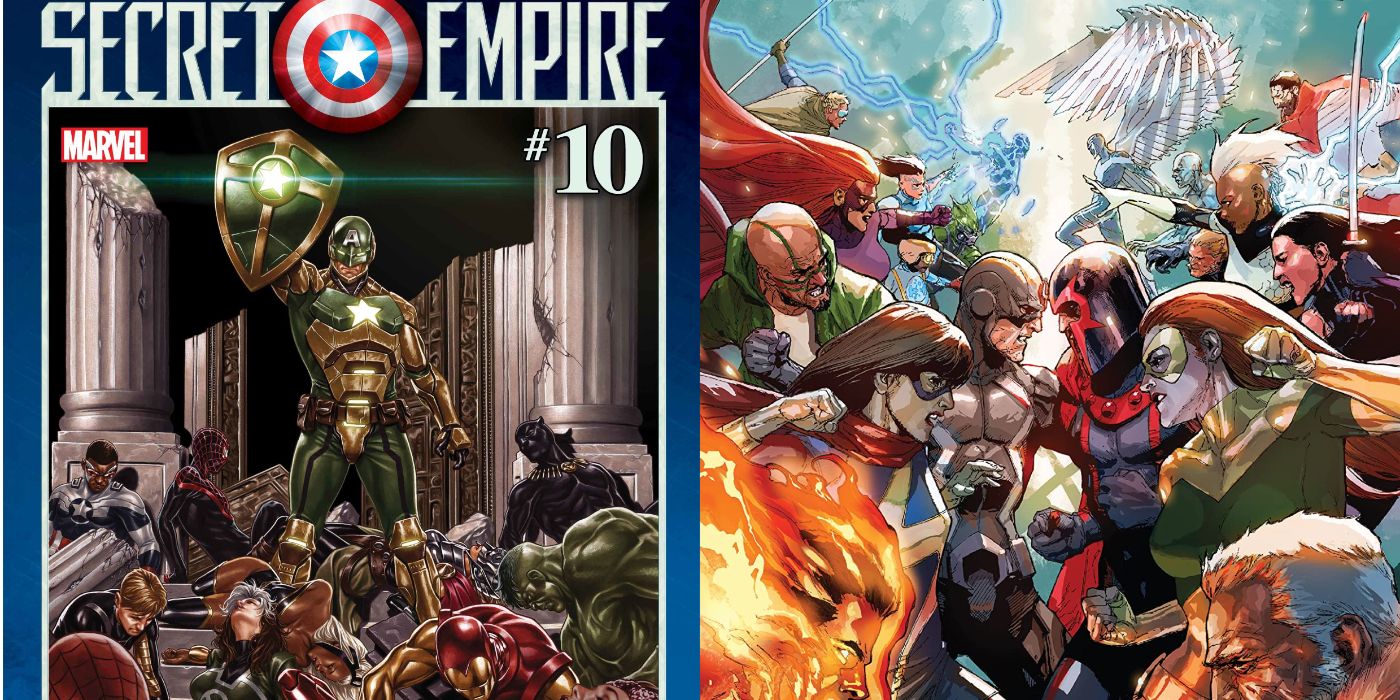 Marvel spent the 2000s restructuring and working out its excess nervousness. The industry in general was going through a creative renaissance, but Marvel Comics developed a steam that would take them into the 2010s. The 2010s were when the publisher really got ahead of its competition. Between the MCU and the Disney acquisition, Marvel positioned itself as the biggest brand in pop culture over the decade.

However, that doesn’t mean all comics were great in the 2010s. While Marvel Comics’ last decade has seen fan-favorite books like Dan Slott’s Superior Spider-Man or that of Jonathan Hickman Avengers: Infinitythere are plenty of Marvel books released after 2010 that have aged very poorly, with tales few fans want to revisit.

10/10 Fear itself was a Nothingburger event

The 2010s saw the cycle of Marvel events come into full effect, for better and for worse. to fear oneself, by writer Matt Fraction and artist Stuart Immonen, that’s when cracks started to show in the event edifice Marvel was building. The Thor-centric event pits the heroes against the serpent, the Norse god of fear, and the worthies, heroes, and villains he has given mighty Uru hammers.

It seems like a cool premise, but there’s really nothing of substance in the book. There was no stake and other than ending Bucky’s tenure as Cap and “killing” Thor for a few months, it had no impact. Reading it again makes it even worse. This is when fans realized the cycle of events wasn’t all it was made out to be.

9/10 X-Men: Gold Has Been Cursed From The Beginning

X-Men: Gold was the big post-X-Men revival bookInhumans Vs. X Men, but immediately bad things started happening. Written by Mark Guggenheim, the book’s inaugural artist, Ardian Sayif, hid anti-Semitic imagery in the first issue, which resulted in him being kicked out of the book and removed from the industry. It was the height of the book’s problems, but it was by no means easy afterwards.

X-Men: Gold constantly lets X-Men fans down. It was around this time that Marvel still hadn’t picked up the X-Men movie rights, so the overall state of the X-Men franchise, in the comics and on screen, was a bit of a mess.

Brian Michael Bendis picked up two X-Men books after-Avengers Vs. X-Men: All-New X-Men and Weird X-Men. Working with lead artists Stuart Immonen and Chris Bachalo respectively, as well as numerous backup artists, he featured the original five X-Men in All new and followed the adventures of Cyclops as he attempted to create a “terrorist” cell of X-Men.

Both books started quite well but fell apart. All new dragged out his only plot point and Bendis ended his run by having Jean Gray Iceman come out as gay against her wishes. Odd never really came together as anything other than a normal X-Men book with runaway mutants. Both races are underwhelming and made worse by how inventive the X-Men creators have become since 2019.

7/10 The Final Host kicked off a lackluster Avengers run

Avengers: The Final Host, by writer Jason Aaron and artists Ed McGuinness and Paco Medina, launched a bold new era of the Avengers. Or at least it was supposed to. The story put together a roster of MCU-friendly Avengers and pitted them against the Celestials, as a long-thought-dead space god awakens on Earth.

The final host had everything it needed to pass, but it was just average. It also kicked off Aaron’s run on the book, which didn’t exactly make fans happy. At best, it’s been a mixed bag and made many readers realize that perhaps changes need to be made to the Avengers formula.

X-Men fans haven’t had the best times of the 21st century, and the 2010s had plenty of examples of Marvel deliberately mismanaging the franchise. 2017 Amazing X-Men the raise is a big low point. Written by Charles Soule, the book had a different artist each issue, featuring heavy hitters like Jim Chueng, Mike Deodato Jr., Ed McGuinness, Leinil Yu, ACO, and more on the 12-issue book.

Following a team of X-Men trying to save the world from the Shadow King, things got worse and worse with every issue. It resurrected Professor X and brought back Shadow King and Proteus, but it wasn’t worth the hype. Even the murderer’s array of artistry couldn’t save him.

5/10 The Avengers Were Hypocrites In Avengers Vs. X-Men

Avengers vs. X-Men, by writers Brian Michael Bendis, Jonathan Hickman, Ed Brubaker, Matt Fraction and Jason Aaron and artists John Romita Jr., Olivier Coipel and Adam Kubert, pits the Avengers against mutants. Its status as yet another Marvel hero vs. hero event is bad enough, even if it’s better than most, but recent history has made the Avengers hypocritical.

During Aaron avengers run, the Phoenix returned to Earth and instead of trying to destroy it, as they did in AvXthe Avengers entered a contest that granted it to Echo, a person who has no history with Phoenix and no training, unlike Cyclops’ chosen host, Hope in AvX. This makes the team look like first-class hypocrites, aging this story considerably.

Wolverine fans haven’t always eaten well, and 2019 has served them the most bitter feast of all. On the one hand, Logan was coming back. On the other hand, it happened in The return of Wolverine, by writer Charles Soule and artists Steve McNiven and Declan Shalvey. The book’s art is stellar, but Soule’s screenplay is anything but.

Resurrected by a mysterious organization, it’s such a cliched, paint-by-numbers Wolverine story. Soule has already proven that this is the type of Wolverine writer he’s been with Death of Wolverine, but fans hoped he had changed in the five years since. The story also introduced the adamantium hot claws, which were quickly forgotten.

Second Civil War quickly joined the pantheon of most hated Marvel comics. Written by Brian Michael Bendis with illustrations by David Marquez, the book was a cash grab event published around the same time as Captain America: Civil War. The story pitted Iron Man against Captain Marvel, as the two argued over whether to use the powers of the Inhuman precog, Odysseus.

What makes the event so mystifying and worse in retrospect is how it positioned Captain Marvel as the obvious villain of its Minority report-light plot. Marvel was just starting to grow into a character, so making her the villain of a major event was a terrible idea that stunted her growth.

2/10 The secret empire is too long and bloated

Captain America’s reveal as a member of Hydra is memorable, but for all the wrong reasons. This lead to secret empire, by writer Nick Spencer and artists Steve McNiven, Leinil Yu, Andrea Sorrentino and Rod Reis, where Cap and Hydra took over the United States. The event that followed was long and quite boring in places, illustrating the worst excesses of Marvel events.

secret empire took everything Marvel did wrong with the event books and amped it up. Fans were already wary of the Hydra/Cap plotline, and the direction the story took only alienated fans from the story.

1/10 Inhumans Vs. X-Men angered both sets of fans

Marvel’s Inhumans experiment ended in heartbreak for everyone. Pitting Inhumans against mutants was a recipe for disaster that unfolded almost predictably. The Inhumans never became the MCU’s New Mutants and were relegated to the dustbin of history. The end of all this intrigue has come Inhumans Vs. X-Men by writers Charles Soule and Jeff Lemire and artist Leinil Yu.

Along with being a lackluster “versus” event, it went to great lengths to make both sides look bad, but especially the X-Men. The whole story was terrible for everyone involved. In the grand scheme of the Marvel event books, Inhumans vs. X-Men is dull and forgettable compared to classics like Secret Wars and Civil war.